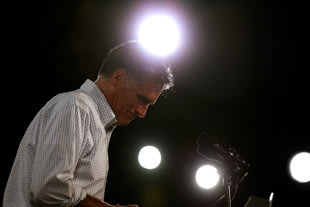 may have been a game changer for the Republican nominee’s campaign.A new Tampa Bay Times/Miami Herald/Bay News 9 poll found Romney leading Obama 51 percent to 44 percent among likely Florida voters. That’s a major shift from last month when the two contenders were statistically tied in the state.According to the poll, 5 percent of previously undecided and 2 percent of Obama backers moved to Romney’s corner after the debate, while another 2 percent of Obama supporters now say they are undecided.The poll comes as both candidates have intensified their focus on the state. Romney spent last weekend campaigning in Florida, while Obama stumped there on Thursday.