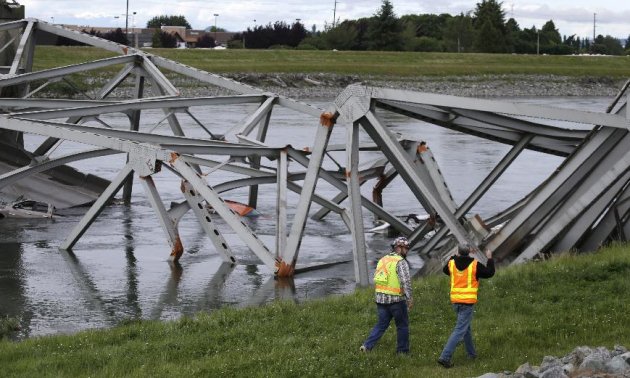 View PhotoAssociated Press/Elaine Thompson – Workers walk past the collapsed portion of the Interstate 5 bridge at the Skagit River Friday, May 24, 2013, in Mount Vernon, Wash. A truck carrying an oversize load struck …

View PhotoA dented upper right corner and …MOUNT VERNON, Wash. (AP) — Officials in Washington state performed a special inspection six months ago on the Interstate 5 bridge that collapsed because there were indications it had been struck by a different vehicle.An inspection report released Friday by the state Department of Transportation says inspectors brought in a bucket truck to examine the structure and identified tears, deformations and gouges on the northbound side of the bridge.The report says the special checkup was done due to „impact damage,” although state officials did not respond to a phone call seeking more detail.The inspection report also details a variety of other problems with the bridge, including vegetation growing in panels, and rust. It also summarizes a variety of parts on the bridge that have been subjected to „high-load” hits. 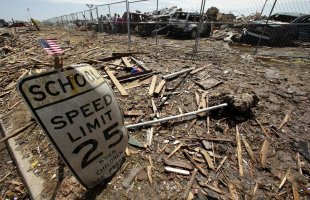 President Barack Obama will travel to Oklahoma City on Sunday „to see first-hand the response to the devastating tornadoes and severe weather” that ravaged the area, meet with families affected by the devastation, and thank emergency responders, the White House announced Friday.On Tuesday, Obama will head to the Jersey Shore to assess the rebuilding and recovery efforts in the months since deadly Superstorm Sandy battered the coast.”The president, joined by Governor Chris Christie, will visit with families and business owners who have shown such resilience in the face of the destructive storm, highlight the extensive rebuilding efforts to date, and underscore his administration’s ongoing commitment to stand with the impacted communities as the important work of recovery continues,” the White House said. 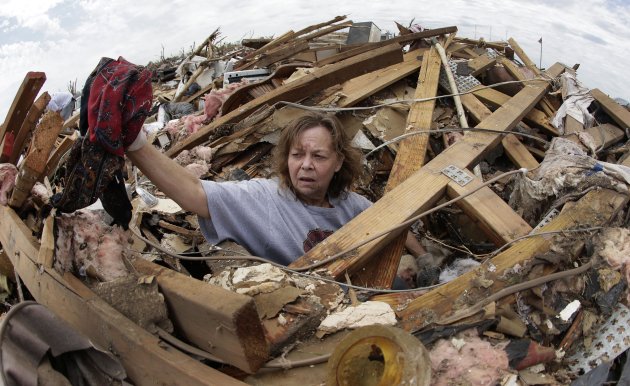 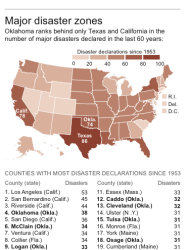 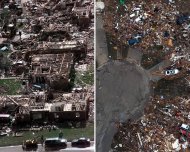 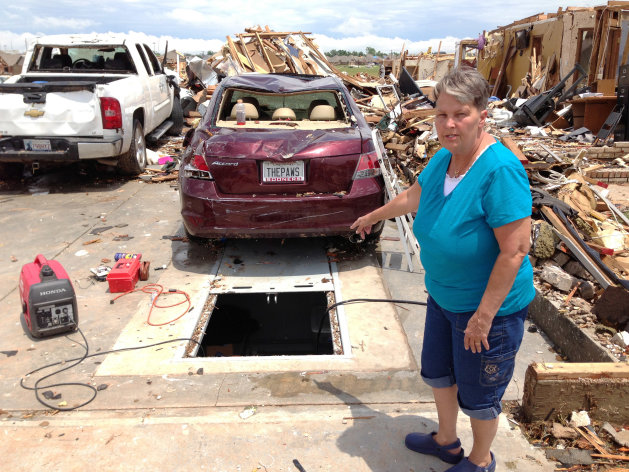