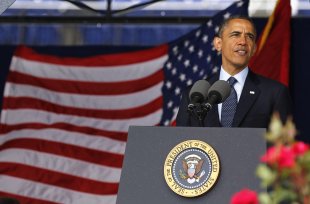 President Barack Obama on Friday warned that sexual assault in the military amounts to a national security threat as he enlisted graduating Navy ensigns and Marine second lieutenants at the U.S. Naval Academy in a campaign to stamp it out.“Those who commit sexual assault are not only committing a crime, they threaten

the trust and discipline that makes our military strong,” Obama said in remarks at the school’s commencement in Annapolis, Md. “That’s why we have to be determined to stop these crimes, because they’ve got no place in the greatest military on earth.”Obama tied the recently disclosed spate of sex assaults in the military to other scandals in which “the misdeeds of some” hurt the public’s faith in important institutions—from Wall Street to politicians to the civil service. He never named the IRS, but plainly alluded to wrongdoing there.“It’s no secret that, in recent decades, many Americans have lost confidence in many of the institutions that help shape our society and our democracy,” he said.“As we’ve seen again in recent days, it only takes the misconduct of a few to further erode the people’s trust in their government. That’s unacceptable to me, and I know it’s unacceptable to you.”The president also warned those about to “assume the burden of leadership” and, with it, the responsibility for the lives of those under their command that “our military remains the most trusted institution in America.”“And yet we must acknowledge here, even in our military, we’ve seen how the misconduct of some can have effects that ripple far and wide,” he said.“In our digital age, a single image from the battlefield of troops falling short of their standards can go viral and endanger our forces and undermine our efforts to achieve security and peace,” he said.

Terry McAuliffe’s brother was once an abortion-clinic-protesting conservative activist. Now he’s a Democrat By Chris Moody, Yahoo! News | The Ticket – 14 hrs ago Terry McAuliffe, a Democratic operative embroiled in a tight race to become 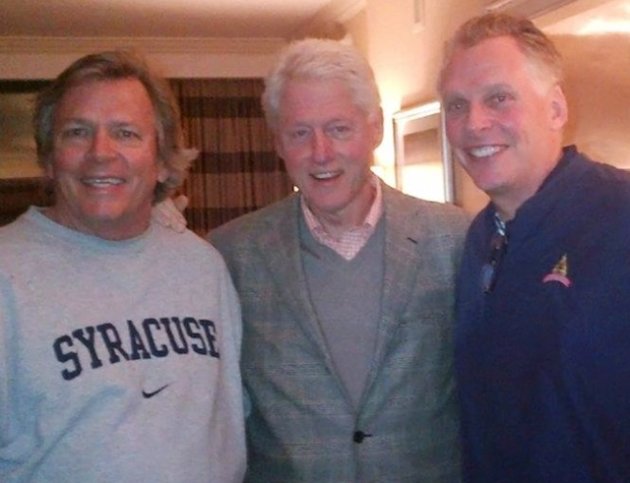