It’s 90 Degrees in Siberia and People Are Sunbathing 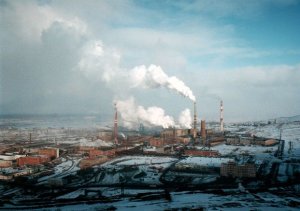 Your mental image of Siberia is probably a snowy, wind-whipped expanse, perhaps with a cluster of buildings to house those banished from Russian society. Not this week. This week, Norilsk, the northernmost large city in the world, the second largest city north of the Arctic Circle, and the site of one of those gulags, hit a balmy 32 degrees Celsius — about 90 Fahrenheit. It’s normally in the mid-60s.RELATED: Why the EPA Did an End-Run on Climate ChangeThe online outlet The Siberian Times („up-to-date information in English from across Siberia’s six time zones”) featured a photo of people sunbathing on the shores of Lake Baikal in its report on what may be a new record high.RELATED: Greenhouse Gasses Reach Record HighsThe average temperature in July is 13.6 but the mercury was touching 32C, a long way from the coldest-ever recorded temperature of minus 61C.The previous hottest was 31.9C, more than three decades ago.View gallery.”

It’s 90 Degrees in Siberia and People Are Sunbathing’I’ve never worn a bikini before in Norilsk, just to top up my tan’, said Polina, 21, a student.Minus 61 degrees Celsius is about 78 degrees below zero Fahrenheit.RELATED: A Common Mining Byproduct Spreading Breast Cancer; Reading Palm TreesNorilsk-TV.ru, however, disputes that this is a record. Translated by Google:Maria Corina, head of the service economy Taimyr Center for Hydrometeorology: „The only difference this year is that there is such a high temperature for the past five days. Since 1972 in Norilsk, this has not happened.”The Weather Underground (from which the map above comes) described the bizarre heatwave on Wednesday. The site was also unable to figure out if Norilsk has seen such temperatures before.The prolonged heat wave is the result of an amazingly intense and prolonged heat dome that has centered itself over north central Siberia.A similar „heat dome” was responsible for the heat wave blanketing the East Coast last week.View gallery.” 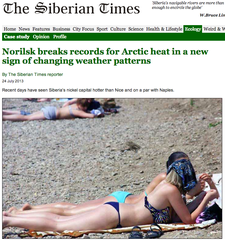 It’s 90 Degrees in Siberia and People Are SunbathingRELATED: Polar Bears Are Older Than We Thought; Turning a Rat into a JellyfishNorilsk, home to some 175,000 people, is known primarily for its nickel mines. Under Stalin, it was also the site of the Norillag camp, unwilling residents of which helped create the aforementioned mines. In 2007, it was named one of the ten most-polluted places in the world. This is what it looks like for much of the year.RELATED: How Canada Stifles Scientists; China’s Reckless FrackingAssociated PressHere’s what (at least one part of it) looks like now (apparently).View gallery.” 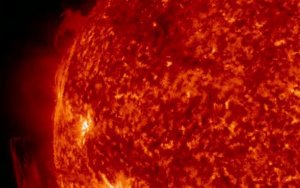 It’s 90 Degrees in Siberia and People Are Sunbathing 32C/90F. Ominous. RT @siberian_times: Norilsk breaks record for Arctic heat. http://t.co/LoiLuzK35C pic.twitter.com/MYz2otYVsS The city is far enough north — over 300 kilometers north of the Arctic Circle — that it’s built on permafrost, permanently frozen ground solid enough to support buildings and infrastructure. In other words, and as we outlined yesterday, extended periods of high temperatures would not be a good thing.Is this the result of climate change? Scientists will note that isolated weather incidents can’t be linked directly to changes in the climate. Heat domes existed before we started burning coal and oil. But scientists will also note that climate change tends to result in more extreme weather events. Yes, heat domes have existed a long time, but a heat dome in a much-hotter atmosphere would naturally suggest much higher temperatures. Unprecedented temperatures.Incidentally, we think we may have solved one mystery plaguing the city. The top story at Norilsk-TV.ru (again, as translated by Google) is „Heavenly mystery.”On the video there is no gluing. Luminous sphere that freezes, then starts to move rapidly in a spiral.Guys, that mysterious glowing sphere is the Sun. 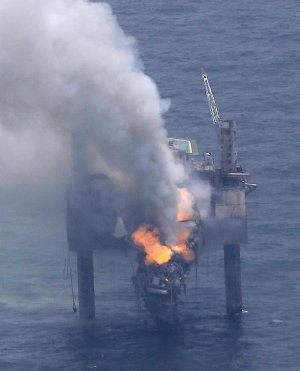 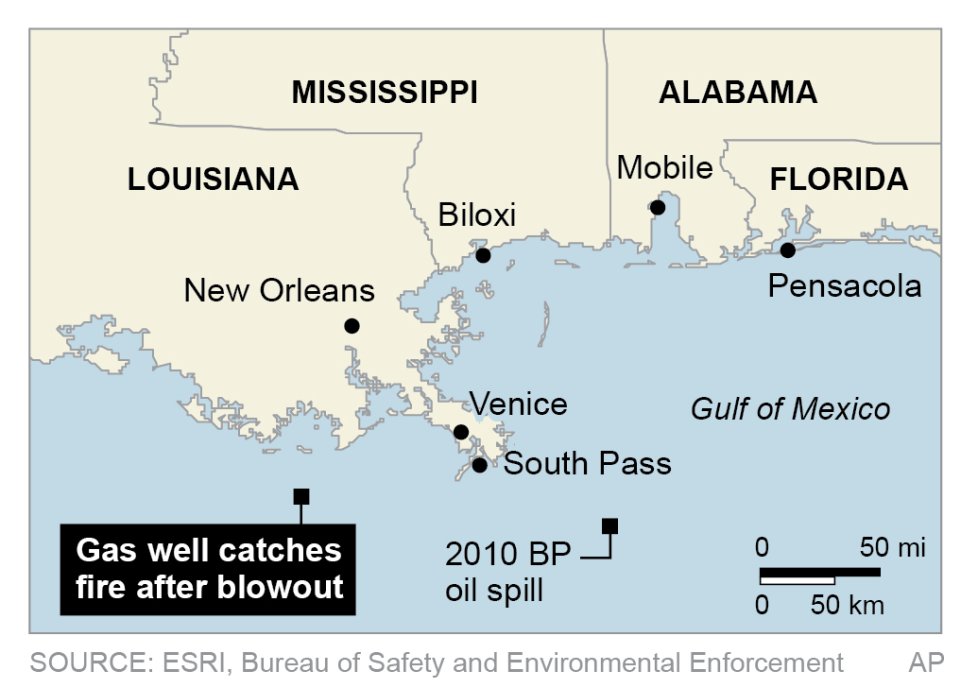 NEW ORLEANS (AP) — A slight sheen was visible again but quickly dissipating Friday near a damaged gas drilling rig that blew wild and burned earlier this week off Louisiana’s coast, a federal agency said.The rig blew wild Tuesday morning and the spewing gas ignited that night, burning and heavily damaging the rig owned by Hercules Offshore Inc.Authorities believe that sand and sediment clogged the well late Wednesday, shutting off the gas flow in what is referred to as a „bridge over.” Forty-four workers safely evacuated soon after the blowout and hours before the gas ignited.View gallery.” 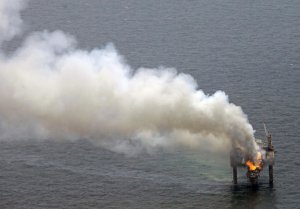 A fire is seen on the Hercules 265 drilling rig in the Gulf of Mexico off the coast of Louisiana, We …BSEE said Walter has contracted to bring another rig in „to potentially drill a relief well.”The fire went out after the well stopped spewing gas.The drilling rig caught fire hours after the workers were off. The fire was out Thursday morning, making it easier for authorities to begin assessing options for permanently sealing it.Because the well was natural gas, not oil, experts said the pollution threats were far less than those posed by some previous accidents. Light sheens, quickly dissipating, have been reported each day since the blowout.In addition to government monitoring, scientists from a multi-institutional project called the Ecosystem Impacts of Oil and Gas Inputs to the Gulf Consortium plan a cruise Saturday to gather water samples.

Tropical Storm Dorian weakens as it heads toward Cuba Tropical storm Dorian is gradually losing steam in the central Atlantic Ocean, with the storm expected to weaken to a tropical depression by Sunday afternoon, according to the latest forecast from the National Hurricane Center in Miami.As of 5 p.m., Eastern time Friday, Dorian was centered some 1,300 miles east of Puerto Rico, sporting maximum sustained winds of 45 miles an hour. The storm is moving west at 22 miles an hour.Earlier Friday, forecasters noted that Dorian was becoming less organized and would encounter drier air and wind shear, which weaken tropical cyclones. Those conditions now seems to be exerting their influence on the storm.RECOMMENDED: Hurricane prep: Are you smarter than a storm tracker? Take our quiz Although the official forecast has the storm weakening to the point of dissipation by next Wednesday, forecasters suggested Friday afternoon that if the current weakening trend continues, the storm could be demoted to a tropical-wave status – one notch below a tropical depression – much earlier.Large uncertainties are attached to five-day track forecasts. Still, the best estimate for Dorian’s path through Tuesday has shifted a bit south compared with the previous forecast. The slight tweak to the track, however, still brings the system as a tropical depression along the north coast of Hispanola and over the eastern tip of Cuba.Dorian emerged Wednesday from a tropical depression located over the eastern tropical Atlantic, just in time to become the first Atlantic tropical cyclone to be tracked by a pair of new supercomputers and significantly upgraded hurricane-forecasting software.The new supercomputers, one based in Reston, Va., and the other in Orlando, Fla., represent a threefold increase over the hardware they replace in the number of calculations they can perform each second.

Erich Schlegel/zReportage via ZUMA 9 hours agoPhotographs by Erich Schlegel/zReportage via ZUMA Press Photographs by Erich Schlegel/zReportage via ZUMA PressmThe Amazon river has a newly discovered source. Completed last year and led by West Hansen and documented by award-winning freelance photographer Erich Schlegel, this is the first expedition to paddle from the furthest source of the earth’s largest river to the ocean.The Amazon carries more water to the sea than any other river, and accounts for approximately one-fifth of the world’s total river flow. The expedition route began at Lago Acucocha, 13,120 ft. high in the Peruvian Andes and descended the Mantaro River. Previous expeditions have followed the Apurimac River as the Amazon source, but with simple internet mapping, the Mantaro River was found to be 50 miles longer, depending on the time of year.The 4,225 mile journey took the adventurers through the Amazon’s notoriously tough Class III-V rapids, followed by 3,800 miles of downriver sea kayaking. And just to make things a little harder there is always the threat of pirate attacks on the lawless stretches of the river in Peru and Brazil. (zReportage)Find this and more „stories that need to be told” on zReportage.com