By Richard Cowan | Reuters – 8 minutes ago 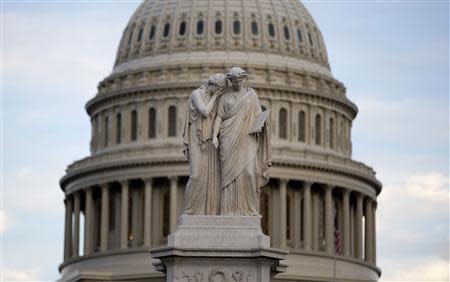 WASHINGTON (Reuters) – President Barack Obama said on Tuesday that stalled immigration reform would be a top priority once the fiscal crisis has been resolved.”Once that’s done, you know, the day after, I’m going to be pushing to say, call a vote on immigration reform,” he told the Los Angeles affiliate of Spanish-language television network Univision.The president’s domestic agenda has been sidetracked in his second term by one problem after another. As he coped with the revelation of domestic surveillance programs, chemical weapons in Syria, and a fiscal battle that has shut down the U.S. government and threatens a debt default, immigration has been relegated to the back burner.But Obama, who won re-election with overwhelming Hispanic backing, had hoped to make reforms easing the plight of the 11 million immigrants who are in the United States illegally.In June, the Senate passed an immigration overhaul, but House of Representatives Republicans are divided over the granting of legal status to those in the country illegally, a step many see as rewarding lawbreakers.Although the president had sought comprehensive reform, he said last month he would be open to the House taking a piece-by-piece approach if that would get the job done.Obama on Tuesday blamed House Speaker John Boehner for preventing immigration from coming up for a vote.”We had a very strong Democratic and Republican vote in the Senate,” he said. „The only thing right now that’s holding it back is, again, Speaker Boehner not willing to call the bill on the floor of the House of Representatives.”Boehner said the sweeping Senate bill would not pass the House and has said the lower chamber would tackle the issue in smaller sections that would include stricter provisions on border protection(Reporting By Mark Felsenthal; Editing by Stacey Joyce) 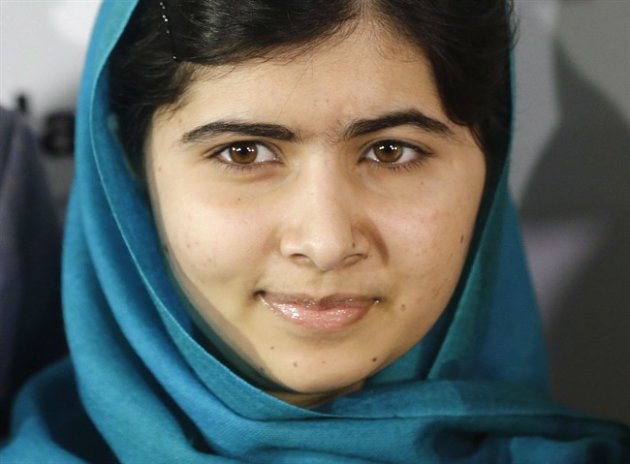 The Canadian Press – Malala Yousafzai poses for photographs on Thursday, Oct. 10, 2013, in New York. Yousafzai an advocate for girls’ education and the target of a Taliban assassination attempt, will be made …more

Play VideoMalala: „I want to be a politician in Pakistan”Reuters Videos  1:08 OTTAWA – Malala Yousafzai (YOO-suhf-zeye), an advocate for girls’ education and the target of a Taliban assassination attempt, will be made an honorary Canadian citizen.A senior government source confirms that Wednesday’s throne speech will confer the honour on the 16-year-old international figure.Yousafzai was shot in the head in her native Pakistan by the Taliban in October, 2012 while she was on a bus going home from school.Prime Minister Stephen Harper met with Yousafzai in New York on Sept. 26 where she discussed her efforts to promote education for women and girls.Harper also invited her to visit Canada.Yousafzai, who now lives in England with her family, was the youngest ever nominee last week for the Nobel Peace Prize, which was won by the Organization for the Prohibition of Chemical Weapons.Her memoir, ”I am Malala” was published last week. Yousafzai will become only the sixth international figure to receive honorary Canadian citizenship. The honour was previously bestowed on Nelson Mandela, Raoul Wallenberg, the Dalai Lama, Aung San Suu Kyi and the Aga Khan.

GENEVA (Reuters) – Iran and six world powers began a second day of talks on Wednesday aimed at ending a decade-old standoff over Tehran’s disputed nuclear activities, diplomats said.The negotiations between senior officials from the Islamic state and the United States, Russia, China, France, Germany and Britain got under way around 12:30 a.m. (1030 GMT) at U.N. headquarters in Geneva. The session had been delayed by a series of bilateral meetings between delegations, diplomats said.The powers were expected to press Iran for details of its proposal outlined on Tuesday. Western diplomats stressed they wanted Tehran to back up newly conciliatory language with concrete actions by agreeing to scale back its enrichment of uranium and take verifiable steps to show it is not covertly trying to develop the means to produce nuclear bombs.(Reporting by Justyna Pawlak and Fredrik Dahl, editing by Mark Heinrich) 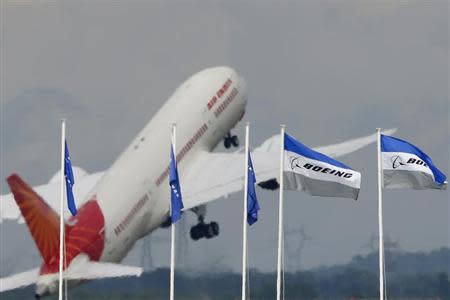 View Photo An Air India Boeing 787 Dreamliner prepares for a flying display, during the 50th …

Play Video Norwegian Air Says Boeing Changed 787 Pump DesignWochit  0:28 SEATTLE (Reuters) – Boeing Co said a body panel fell off of a 787 Dreamliner operated by Air India while the plane was in flight on Saturday, a new problem for the high-tech jet that has suffered a string of mishaps since its introduction two years ago.Boeing said the loss of the fuselage panel posed no safety risk to passengers. It was not immediately known where the panel landed.The jet was carrying 148 people, including crew, on a flight from Delhi to Bangalore, The Times of India newspaper reported. The pilots did not realize the eight-by-four-foot panel was missing until after the flight landed, the newspaper said, adding that India’s aviation authorities are investigating.Boeing said the missing panel fell from the underside of the plane on the right side. A photo on The Times of India website showed a large opening with components and aircraft structure visible inside.”It was the mid-underwing-to-body fairing located on the belly of the airplane on the right side,” Boeing spokesman Doug Alder said. The part „provides a more aerodynamic surface in flight.”He said Boeing is working to understand what caused the panel to fall and declined to say whether the plane was made at Boeing’s South Carolina factory. A number of Air India jets have come from that assembly line.The Times of India said the panel was replaced with one taken from a just-delivered 787 Dreamliner that was not yet ready for service. That plane is now awaiting a spare part, the paper said.Problems that have afflicted the 787 include battery overheating that prompted regulators to ground the entire fleet in January. Flights resumed in April. Despite the problems, Boeing’s stock has stayed near record levels. It closed Tuesday at $118.18, down $1.28.(Reporting by Alwyn Scott; Editing by Edwina Gibbs)