China’s 809-mile high-speed rail line from Beijing to Shanghai costs riders 22 cents a mile, though it’s unclear how heavily China subsidizes the cost. (Jiao Hongtao / Xinhua)
By RALPH VARTABEDIAN AND DAN WEIKELcontact the reporters May 10,2015 ,3:00 AM Riding California’s bullet train from Los Angeles to San Francisco would cost „about $50 a person,” supporters wrote in ballot arguments seven years ago when voters approved billions in funding for the project.In the years since, the state high-speed rail agency has projected the fare would be $83, $105 and, most recently, $86.The current estimate would be one of the world’s cheapest high-speed rail trips on a per-mile basis, assuming that it reflects a typical fare between downtown stations in Los Angeles and San Francisco, a Times analysis found. 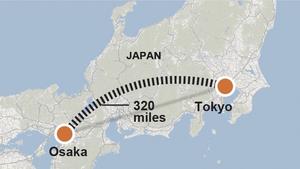 Comparing high-speed rail fares As a practical matter, no one can say how much an end-to-end ride on the bullet train would actually cost if and when the system becomes fully operational, a milestone the state expects to reach some time in 2028. At that point, ticket pricing will be set in consultation with a private company hired by the California High-Speed Rail Authority to operate the system, said rail agency Chief Executive Jeff Morales.Fares will be one of the most important factors in the decisions that millions of travelers will make when choosing to fly, drive or ride the bullet train. And they are central to revenue calculations for a system that by state law must operate without a taxpayer subsidy.Morales and other state officials say the system will quickly become profitable. But some experts warn that long-range financial and ridership forecasts can be unreliable and that the high-speed train could prove to be a financial yoke on the state.”Any time you are trying to project more than five years out, you are just spitballing,” said Lisa Schweitzer, a USC associate professor in transportation and urban planning. „So many things can change dramatically in five years.”lRelated 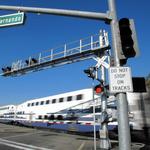 POLITICS Bullet train’s eventual link to L.A. rail system far from clear-cut According to official ridership estimates, between 18 million and 31 million passengers annually will board the train in its early years. And the project’s most recent business plan predicts that by 2030, two years after L.A.-to-San Francisco service begins, ticket sales will hit $2 billion annually, or roughly $700 million a year more than operating expenses. Even at the low end of ridership projections, state officials say, revenues will more than cover operating costs.The current $86 fare is calculated in 2013 dollars based on a formula that prices tickets at 83% of average airline fares to help attract riders. The rail fare is an average that includes economy and premium seats, nonstop and multi-stop trains, as well as last-minute and advance purchase tickets. A premium, same-day nonstop bullet train trip would cost more than $86.But compared with current average prices on several high-speed rail systems in Asia and Europe, $86 would be a bargain, equating to about 20 cents a mile or less, the Times review found. The analysis was based on a 438-mile route in the mid-range of what state officials expect the final alignment to measure.Any time you are trying to project more than five years out, you are just spitballing. So many things can change dramatically in five years.– Lisa Schweitzer, USC associate professor in transportation and urban planning The average fare on Italy’s 434-mile bullet train from Milan to Salerno was 25 cents a mile. The fare on China’s 809-mile line between Beijing and Shanghai was 22 cents per mile. China discloses little about its high-speed rail finances and many academic and transportation experts say it heavily subsidizes its fares, as do many other foreign operators.The French bullet train from Paris to Lyon is often cited as a line that is profitable, but it has a fare of 52 cents a mile. The German bullet train from Hannover to Wurzburg charges 46 cents a mile. The price comparisons were based on tickets purchased at least one week in advance, averaged over various times of the day and classes of service.On the East Coast, Amtrak’s Acela system, the closest thing to high-speed rail now operating in the U.S., charges an average of about 50 cents a mile for the 454-mile trip between Washington and Boston.I was looking for a paragraph that describes the current state of construction. Has it begun? When is the first ride projected?

Louis Thompson, chairman of a state-created review panel for the bullet train project, said California’s projected fares are low by world standards. Thompson’s panel is pressing the state to clarify how fares and other key business decisions will be made in the future.The authority expects to generate additional revenue from leasing its right-of-way to utilities, advertising and concession fees at stations. But some outside experts questioned whether California’s bullet train fares will be able to cover the system’s full operating costs, as state officials maintain.”The train will lose money and require a subsidy,” said Joseph Vranich, former president of the national High-Speed Rail Assn. „I have not seen a single number that has come out of the California high-speed rail organization that is credible. As a high-speed rail advocate, I am steamed.” 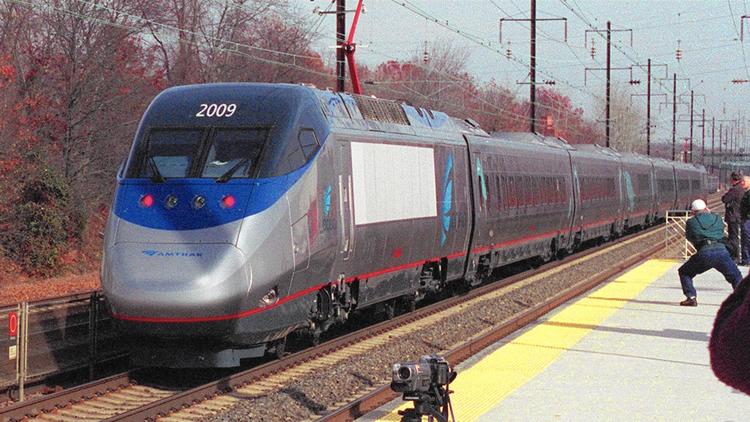 Amtrak’s Acela system passes through Hamilton Station in New Jersey. It charges an average of about 50 cents a mile for the 454-mile trip between Washington and Boston. (Bradley Grois, Times of Trenton)William Grindley, a former World Bank executive and an opponent of the project, has warned that the system will fail financially unless demand skyrockets and ticket prices increase sharply. „Can the proposed California bullet train break even? The answer is unequivocally no,” he said.With Stanford University management professor Alain Enthoven and Silicon Valley financier William Warren, Grindley wrote a 2012 report — updated last year — that concluded the system would require „a subsidy forever,” in the range of $123 million to $1 billion or more annually.Morales, the rail authority’s chief executive, said past analyses by Grindley’s group have been wrong and included errors in computing the operating costs of foreign systems. He declined to elaborate, but said his agency’s ridership forecasts have been vetted and approved by a panel of outside experts, chaired by Frank Koppelman, an emeritus professor at Northwestern University. In a series of reports, the panel has praised the ridership estimates, calling them „commendably high quality” in one report, and urging improvements other times.”When we say we can hit the break-even point, we have a lot of reliability in the statement,” Morales said.The ridership estimates have fluctuated significantly over the years, at one point reaching a high of 117 million annual passengers, several times the current estimate.Shortly after the ridership figures were updated last year, a problem was found with the complex mathematical model used by Massachusetts-based Cambridge Systematics, a state consultant. It predicted more short trips than seemed logical, according to Cambridge. One example: The model suggested travelers would drive from Sacramento to downtown San Francisco and board a bullet train for the airport. Koppelman’s panel agreed to an adjustment and urged Cambridge to develop a new version of the model.Even if the projections aren’t entirely accurate, bullet train proponents argue, the system represents an important investment in the state’s future mobility. California’s population will continue to grow, they say, increasing the need for an expanded transportation network and greener alternatives to the automobile and jetliners.By 2040, 77% of bullet train riders will come from personal vehicles and 16% from buses or conventional rail, the state estimates.While officials have based projected fares and a promised top speed of 220 mph on the need to compete for air travelers, only about 6% of train passengers are projected to be diverted from airlines. 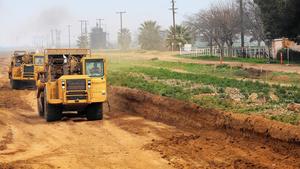 Last year, about 10.7 million people flew between the five airports in Los Angeles and Orange counties and the three airports in the Bay Area, one of the nation’s most competitive markets, according to federal figures. Recently, one-way fares between L.A. and San Francisco have been as low as $68, but can exceed $200 for next-day travel.Koppelman said that although it would be a small fraction of the bullet train’s projected ridership, shifting roughly 25% of air travelers to high-speed rail, as the state projections suggest, would be a significant achievement.However, like other experts interviewed, Koppelman said even the best ridership projections are only estimates. „People don’t realize how difficult these things are and how many things can change that aren’t in the model,” he said.One variable is how airlines, no strangers to price wars, might respond to new competition.”It is a vastly important market to the airlines and one they have fought hard to establish,” said Robert Ditchey, a former airline executive and a co-founder of America West Airlines. „Somebody in that market is not just going to walk away.”

He also noted airlines offer numerous direct and frequent California connections that will be difficult for rail to match, among them Ontario to San Jose, Santa Ana to San Francisco and Burbank to Oakland.Predicting how many travelers will leave private cars decades from now presents its own challenges. Fuel costs could rise sharply, pushing travelers toward a fast rail option. Or the convenience of more efficient, possibly even self-driving, cars could entice people to use the road.Just how many people drive between L.A. and San Francisco is itself an unknown, state transportation officials say. The full cost of operating a car over the 383-mile trip is about $222, based on federal government figures. But if drivers simply consider fuel costs, they would run about $65, based on the average national fuel economy of 24 miles per gallon and current fuel prices.”With a family, it’s four train fares versus one car, and taking the train may require a car rental at the other end,” said Genevieve Giuliano, director of USC’s Metrans transportation program. „I don’t see high-speed rail as competitive in the family market.”I was looking for a paragraph that describes the current state of construction. Has it begun? When is the first ride projected?

Questions about fares and ridership are likely to persist. But Thompson, the system’s independent review panel chairman, said the uncertainty has become less relevant, now that the state is committed to building the system.

„We will not know until late in the game how everything will turn out,” he said.