It just flies in the face of the values we hold dear.– Rep. Kathy Castor (D-Fla.)
“I don’t know how it just happened overnight,” Wilson said of the backlash against the flag, adding that he intended to keep selling flags at local festivals as a sideline. “I’m not going to let them control me,” he said.

That’s pretty much the sentiment here at the memorial, which includes granite plaques detailing episodes and figures from the Confederacy. Lambert and the Sons of Confederate Veterans built the park after raising $150,000 six years ago.“It’s just a preservation of heritage, of what the war was really about,” said Lambert, 67, a wiry farmer, welder and native Floridian.“Why does it resonate so strongly with us?” he said. “Because we know the history.”Public sentiment has turned against the Confederate flag in the wake of the shooting of nine African American church members in Charleston, S.C., on June 17, and the arrest of a self-described white supremacist. Wal-Mart and other retailers have stopped selling Confederate merchandise. Public officials have called for the removal of Confederate battle flags, memorials and monuments across the country. 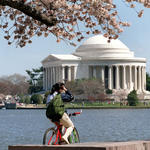 CULTURE MONSTERJefferson Memorial, Confederate statues enter national race debateSEE ALL RELATED For Lambert, the flag still represents a proud history, an era symbolized in that moment in “Gone With the Wind” when Scarlet O’Hara defiantly grabs a handful of earth and shouts, “I’ll never be hungry again!”“It’s the emotional, guttural affinity one has, what’s coursing through your veins, the sweet hills of Alabama or Virginia: your lineage,” Lambert said.He wishes opponents would come see the memorial before dismissing the flag as part of the shooter’s rampage.“I’d like them to read the plaques and get a sense of what it’s all about. It’s not hate,” he said. Referring to South Carolina defendant Dylann Roof, he said, “They’re giving him ownership of the flag, and all of the politicians are getting on the bandwagon because it’s easy to do.”
It’s just a preservation of heritage, of what the war was really about– Marion Lambert, Confederate flag supporter Florida — which many consider only nominally part of the South, thanks to transplants and snowbirds — belonged to the Confederacy, but retained fewer prominent Confederate symbols than other states in the Deep South.The battle flag was removed from the capital in 2001 by then-Gov. Jeb Bush. Hillsborough County, surrounding Tampa, removed Confederate symbols from its official seal three years later — over the objections of Lambert and his group.Now U.S. Rep. Kathy Castor, a Democrat who represents the area, wants to remove the flag near I-75.“The owners of that property and that flag should have respect for their neighbors and understand its symbolism,” she said. “It just flies in the face of the values we hold dear.”Natasha Goodley, vice president of the Hillsborough County NAACP, remembers having to drive past the flag twice a day for work after it was first erected.“To see that every day, as big as it is: What is the purpose? Is it just to honor the soldiers? Because there’s other ways to honor them,” she said. „My heart says the purpose was to get a rise out of people like me.” Tampa Mayor Bob Buckhorn, also a Democrat, called the I-75 flag “a symbol of hate, a symbol of treason, of man’s inhumanity to man.”“If the governors of Alabama and South Carolina and Mississippi can agree that that flag’s time has come and gone, then I would think that some guy in central Florida could have that same reaction if he found it in his heart to do it,” Buckhorn said.That’s not likely.Lambert calls himself a “throwback,” with his antique gold-framed spectacles, worn chambray shirt, tattered jeans and bottom lip full of snuff. He knows his 40-year-old farm grandfathered into a suburban corner of Tampa is “an anachronism, a Twilight Zone” bedecked in Confederate memorabilia. 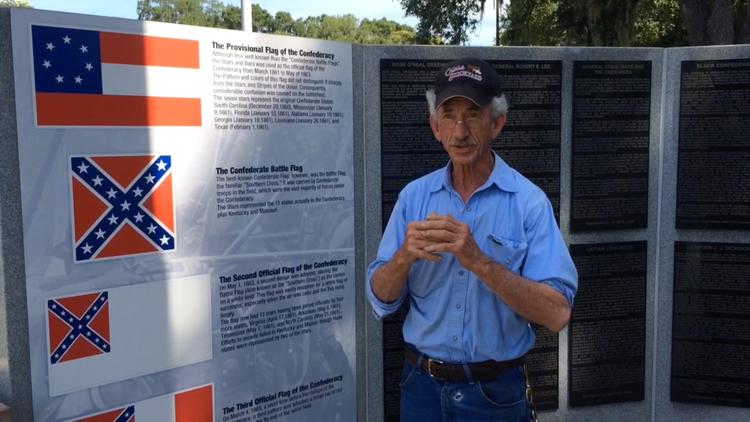 Marion Lambert discusses the purpose of a Confederate flag history site at a park near a Tampa, Fla., highway.A sign on the wall reads “Confederate Way” and another on the porch advises customers they can pay for eggs, milk and butter by check or “genuine Confederate cash.” There’s a Robert E. Lee commemorative plate in his computer room (Lambert has a desktop but no television), and a print of Gen. Jubal A. Early, namesake of his Sons of Confederate Veterans group or “camp.” He has refrigerator magnets of various generals and Mammy, the maid in “Gone With the Wind.”He does not consider himself a racist. He condemns slavery. A battle flag hangs over the milking parlor outside, where one of the half a dozen cows is named Dixie. A bumper sticker on his Ford F250 says, “Free the south.”“The culture is something that needs to be kept alive,” he said.Born and raised around the Panhandle in Pensacola, Lambert graduated from the University of West Florida with a degree in psychology in 1969, served in the Navy reserves but opposed the Vietnam War. He started work on a master’s degree, but instead drove his truck to Tampa where he heard there was work, married, found the farm and never left, breeding dairy cows, pigs, chickens and bees.He didn’t take up the Confederate cause until 1991, after the national NAACP passed a resolution condemning the Confederate battle flag on state flags as “an odious blight upon the universe.”He joined the Sons of Confederate Veterans — three of his ancestors had served — and began fighting for Confederate flags, license plates, seals and other icons. The local group claims about 100 members, the national one about 35,000.Lambert persuaded Hillsborough County commissioners to proclaim April 1995 “Southern Heritage Preservation Month” and April 26 “Confederate Memorial Day.” But he said such victories were rare.“We got beat on that all the way down the line. The only time I didn’t get beat was when I went my own way,” he said. “We showed the county. That’s why this flag that went up on 75 is so glorious: I’m tired of getting beat.”In 2004, he researched strategic plots of land for the flag. He found the perfect high-visibility spot, bought it for $5,000 and applied to county officials for a permit to build “a memorial to American veterans.”“When they found out it was Confederate veterans, they were embarrassed. They said I tricked them — and I did,” he said. 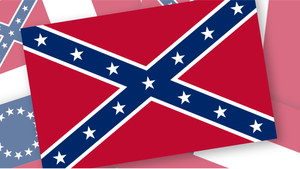 What you should know about the Confederate flag’s evolutionSupporters raised money by offering to engrave the names of companies, donors and their ancestors on Georgia granite tablets at the base of the flag for $100. More than 340 Confederate soldiers are listed, including Lambert’s ancestors. One is his namesake, Marion D. Lambert, who served with the 7th Cavalry Company in Tennessee under Gen. Nathan Bedford Forrest.At the memorial, Lambert pointed out the name of an African American soldier for the Confederacy, Pvt. Louis Napoleon Nelson, whose descendant belongs to the Sons of the Confederacy near Orlando. He noted adjacent plaques honoring black, female, Latino, Jewish and Native American Confederates.
lRelated

CULTURE MONSTERJefferson Memorial, Confederate statues enter national race debateSEE ALL RELATED
Lambert pointed to a plaque mentioning Confederate Gen. Edmund Kirby Smith, whose statue appears in the U.S. Capitol. “They’re talking about taking his statue out of Washington,” he said.Frank Frontino, 51, an elementary school principal visiting the area from Johnstown, Pa., pulled up with relatives in the site’s small parking lot and snapped a photo.Up north, “you don’t see this,” he said, referring to the history detailed on the plaques. “All we see there is the flag, it stands for people who believe in slavery.”Another visitor, Holly Hebert, 32, of Tampa, brought her three children and said she thought it was “ridiculous” that Wal-Mart had stopped selling Confederate merchandise.“When Wal-Mart comes out against something, you have serious problems,” said Al McCray, 63, an African American supporter of the Sons of the Confederacy standing nearby, who also knows Lambert. 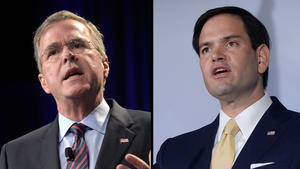 Jeb Bush, Marco Rubio are no strangers to Confederate flag debate“We can’t change what we stand for, but we may have to change how we present ourselves,” said McCray, who is originally from South Carolina but doesn’t think white supremacists should be allowed to co-opt the Confederate flag. He said KKK rallies also used U.S. flags.As Hebert’s children asked about their ancestors and snapped photos, Lambert looked over the grounds. He checked a clinging vine with white flowers. That’s Confederate jasmine, he said, which was struggling to thrive.Twitter: @mollyhf