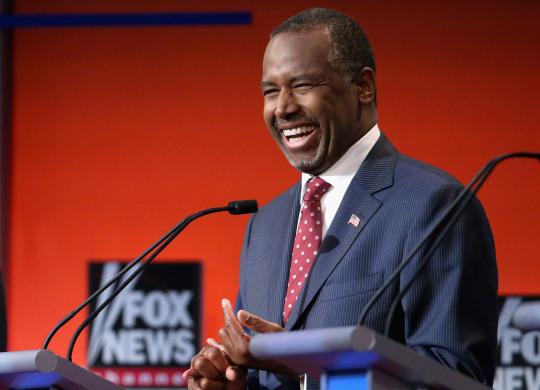 Dr. Ben Carson at last week’s Republican Presidential Debate.(Photo: Getty Images) Along with his fellow candidates for the Republican presidential nomination, Dr. Ben Carson has been plenty vocal about his opposition to fetal tissue donation and the kind of research that can result from it.Just last month, the former neurosurgeon told Fox News that the kinds of medical advances made using fetal tissue are “nothing that can’t be done without fetal tissue.” Carson also has not been shy about his belief that a fetus terminated in the early part of the second trimester is a human being, telling Fox’s Megyn Kelly, “At 17 weeks you’ve got a nice little nose and little fingers and the hands and the heart’s beating and it can respond to environmental stimulus,” Carson said. “How can you believe that that’s an irrelevant mass of cells?”

WMUR – Manchester Carson responds to questions about his 1992 study Republican presidential candidate Ben Carson faced questions over a medical study he published in 1992 while visiting New Hampshire Thursday.But on Wednesday, a physician by the name of Dr. Jen Gunter posted on her blog images of a paper published in 1992 by Carson on his work done utilizing fetal tissue — from a 17-week old fetus, no less. 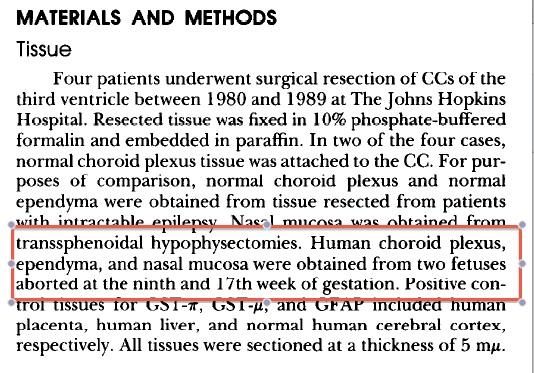 Writes Gunter on her blog: How does one explain this given Carson’s stand on fetal tissue research? Perhaps Dr. Carson feels that only his work delivered the goods and all other researchers have produced inconsequential work, an Ebola vaccine clearly not of merit by Carson’s logic. Could he think his own research was useless? However, if it was non contributory to the field why was it published?… Might he feel that fetal tissue research was ok then, but not now? Using that logic we must have learned everything about medicine by 1992 and now we’re just working out the kinks while waiting for the cure for Alzheimer’s, HIV, and Parkinson’s to drop from the heavens. As a neurosurgeon Dr. Ben Carson knows full well that fetal tissue is essential for medical research. His discipline would have a hard time being were it is today without that kind of work. What is even more egregious than dismissing the multitude of researchers whose work allowed him to become a neurosurgeon is the hypocrisy of actually having done that research himself while spouting off about its supposed worthlessness.In an interview Thursday with The Washington Post, Carson called the revelation “desperate,” and ignorant of the way medical research was carried out.