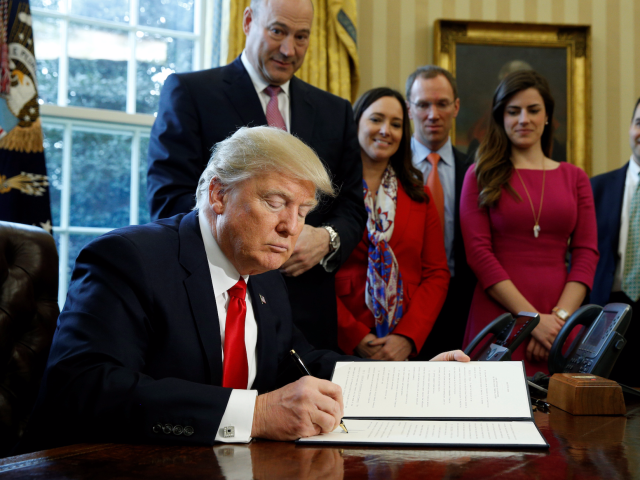 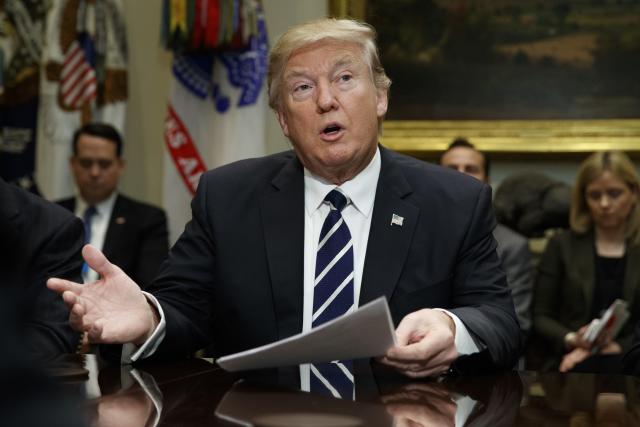 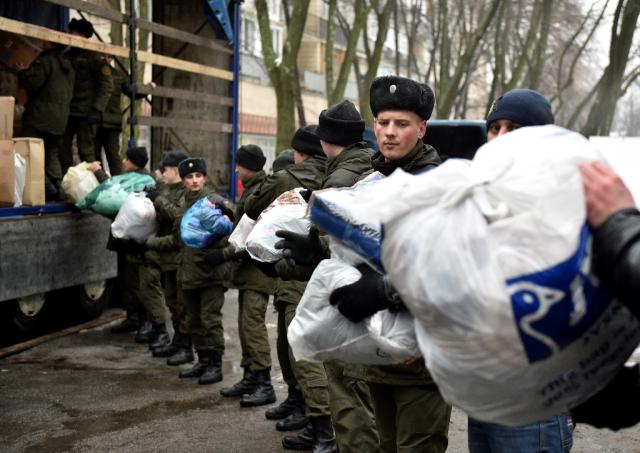 Avdiivka (Ukraine) (AFP) – US President Donald Trump was to hold his first talks with Ukraine’s leader on Saturday as a surge in fighting killed dozens refocusing world attention on the conflict in Europe’s backyard.The phone conversation comes as the death toll hit 35 following a week of clashes between Ukrainian troops and Russian-backed insurgents in a level of bloodshed unseen in the eastern war zone since 2015.The violence erupted as Trump seeks to build a friendship with Russia’s Vladimir Putin with some analysts linking the escalation to the potential thaw in ties.The scheduled call — which will take place in the evening — will see Ukrainian President Petro Poroshenko seeking to win assurances of Washington’s continued diplomatic and non-lethal military support.It comes a week after the new US leader spoke to Putin.Russia and Ukraine along with the rebels on Wednesday signed up to calls for a ceasefire and the withdrawal of heavy weapons from the flashpoint town Avdiivka by Sunday.But the demand for the shooting to stop has not halted the violence and so far there has been little sign of the big guns being pulled back around the Kiev-held industrial town of 25,000 at the centre of the fighting.- Power plant silenced -AFP correspondents on site said the night and morning passed relatively calmly compared to previous ones.But the Ukrainian army said one of its soldiers had been killed in the area.”Tonight, we saw shelling on the outskirts of Avdiivka but there were no major attacks on the city itself,” regional police spokeswoman Nataliya Shyman told AFP.Most residents of this blue-collar town work in a major coke plant that has been heavily damaged by the shelling.The town remained without electricity on Saturday and with only sporadic power supplies to heat homes against the freezing winter temperatures and limited supplies of water.The giant plant provides electricity for much of the region and has been the target of previous deadly rebel attacks.Plant spokesman Dmytro Murashko told AFP that work brigades would try again Saturday to repair broken power lines after shelling halted their earlier efforts.Friday was one of the bloodiest days with nine civilians killed — two of them inside the town.The call to withdraw heavy weapons was made under the coordination of mediators from the Organisation for Security and Cooperation in Europe (OSCE).It provides for the „withdrawal by 5 February 2017 into permanent storage sites of all weapons regulated by Minsk agreements to the distances defined in them and beyond the respective lines.”- Sudden assault -The Minsk deal was signed in February 2015 and defined a step-by-step solution to one of Europe’s bloodiest conflicts since the 1990s Balkans wars.It has since been repeatedly broken — prompting Wednesday’s meeting of negotiators to call for the warring sides to ensure „strict adherence to (a) full and comprehensive cessation of fire”.The separatists’ sudden assault came after a month-long spell of relative calm in the 33-month war in an escalation that has sharpened the world’s focus on the bloodshed in the European Union’s back yard.The conflict began shortly after Ukraine ousted its Russian-back leader in February 2014.Moscow responded by annexing Ukraine’s Crimea peninsula in March 2014 before allegedly plotting the eastern insurgency to keep Ukraine under its thumb after its tilt toward the West.The Kremlin sees most of the former Soviet Union as part of its geopolitical sphere of influence.That stance has been strongly disputed by Washington and European leaders such as German Chancellor Angela Merkel.Washington’s UN ambassador Nikki Haley on Thursday condemned Russia’s „aggressive actions” in Ukraine — a surprising attack given Trump’s supportive stance towards Putin.Russia denies any responsibility for the conflict and blames the United States for igniting the protests that tilted Ukraine toward the West.

NATO Secretary General Jens Stoltenberg has called on Russia to use its „considerable influence” to end fighting in eastern Ukraine after a renewed surge in violence there.Moscow-backed rebels and government forces have traded blame for the flare-up in the industrial east that has seen the highest casualty rate since mid-December and cut off power and water to thousands of civilians on both sides of the front line.The shelling eased on Wednesday, but the January 29 to 31 clashes near the Kiev-held frontline town of Avdiyivka brought the festering conflict back into focus amid warnings of a looming humanitarian crisis.READ MORE: Why is Russia so happy with Trump?„We call for an immediate return to the ceasefire,” Stoltenberg said in Brussels. „We call on Russia to use its considerable influence over the separatists to bring the violence to an end.”Ukraine and NATO accuse Russia of providing troops and weapons to support separatist rebels in the country’s east in a conflict that has killed 10,000 people since April 2014. Moscow denies that.Michael Bociurkiw, a spokesman for the European security body OSCE’s mission to Ukraine, told Al Jazeera that the new US administration was not being clear about how it would deal with the rising tensions.”In the previous administration, Russians were really attacked for their activities in eastern Ukraine but the Trump administration is really sending mixed signals,” he said.”The big fear is that Trump may withdraw support for the sanctions against Russia and that could turn a chain reaction where Greece, Italy and other EU members may also withdraw support.”The NATO factor Ukrainian President Petro Poroshenko is planning a referendum on whether Ukraine should join the NATO alliance given polls that show 54 percent of Ukrainians now favour such a move, Germany’s Funke Mediengruppe newspaper chain reported on Thursday.”Four years ago, only 16 percent (of the Ukrainian people) favoured Ukraine’s entry into NATO. Now it’s 54 percent,” the media group quoted Poroshenko as saying in an interview.READ MORE: Ukraine files case against Russia at UN’s top court„As president, I am guided by the views of my people, and I will hold a referendum on the issue of NATO membership.”He vowed to „do all I can to achieve membership in the transatlantic alliance” if the people voted in favour.NATO and Ukraine have had a close relationship since the early 1990s, and their ties are one of the „most substantial” of NATO’s partnerships, according to the alliance’s website.However, any move by NATO to admit Ukraine would spark tensions with Russia, which says NATO already violated earlier promises by admitting Poland and other eastern European countries in the 1990s.Poroshenko also predicted it would not take long until Ukraine fulfilled the entry criteria to join the European Union.He said Kiev had reduced its budget deficit and inflation, and had taken important steps to reduce corruption.The EU last year spelled out limits to a landmark cooperation agreement with Ukraine to address Dutch concerns, but said the deal did not make Ukraine a candidate for EU membership.Source: Al Jazeera and news agencies

A road rage incident ended up with one vehicle crushing another on a Florida road.Ocala police responded to the scene Wednesday and found a Toyota Camry underneath a Ford F-150, according to reports.Pickup driver Zach Waring, 18, told cops said the incident began when he accused the Toyota driver, Adalberto Aponte, of driving recklessly and nearly causing accidents. As he sat in his pickup at a stoplight, Aponte got out of his car, walked up to him and started pummeling him through the window.TEXAS POLICE OFFICER UNDER FIRE AFTER MESSAGE TO ILLEGAL IMMIGRANTS GOES VIRALWaring said he then backed up his vehicle when Aponte ran back to the Toyota, saying that he was getting a gun.He told officers he was afraid Aponte was going to kill him, his girlfriend and their infant child, WTSP-TV in St. Petersburg reported Thursday.Police charged Aponte with burglary, battery, driving with a suspended license and criminal mischief.Waring was not charged.WTSP reports that Aponte’s driver’s license was suspended in August for failure to pay child support.

Parents Overdose While Driving Car With Baby in Back Seat
Tribune 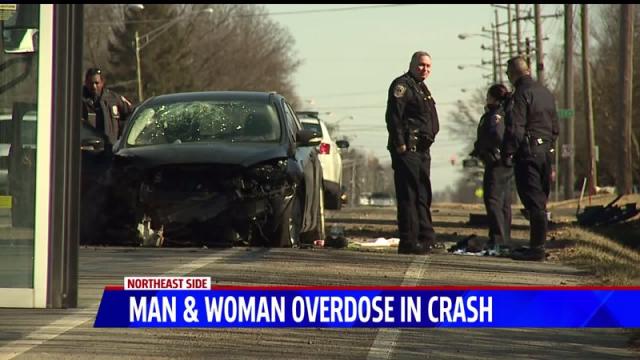 Parents Overdose While Driving Car With Baby in Back Seat Two adults were revived with Narcan at the scene of a car accident in Indiana, according to police who say the couple likely overdosed while driving with a baby in the back seat.
U.S.Driver claims shots fired in I-77 road rage incident

YORK COUNTY, S.C. — Police say a gun was pulled out and fired in a case of road rage in York County.  The victim says one bullet hit the car, and another hit a tire, as the incident unfolded on a busy stretch of I-77. Larry Faile says the violent case of road rage started on I-77 late Thursday night near the Carowinds Boulevard exit. „I went to switch into the right lane, and I guess I cut this guy off, so he laid on the horn and was yelling, and I swerved back into the left lane,” Faile explained.  Things took a drastic change as Faile tried to get off of the highway. „He pulled up beside me, I rolled my window down and said ‘hey, man, my bad; I didn’t see you there.’ And he just starts going …Spring Lake, N.C. — Harnett County police are searching for 20-year-old Tyree Newsuan of Sanford in connection with last weekend road-rage shooting in Spring Lake. Police said Newsuan should be considered armed and dangerous. Warrants to arrest him were obtained Thursday around 6 p.m. According to police, a suspect shot and wounded a man following an argument over a car’s bright lights on a rural Harnett County road. The shooting occurred at about 8 p.m.Saturday at the intersection of Shady Grove Road and N.C. Highway 210. A Dodge Charger, which police said was driven by that suspect, was found at a Lumberton apartment complex Wednesday night. … 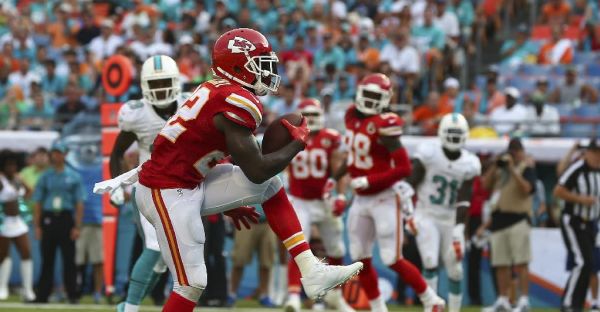 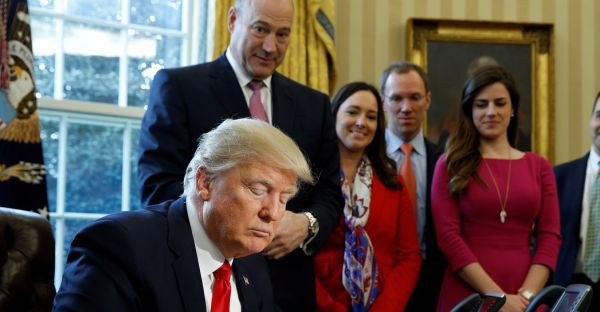 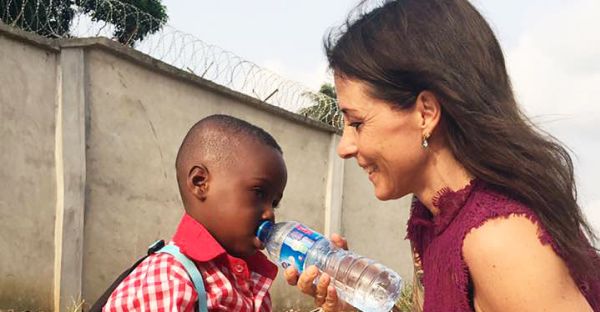 ‘Witch Child’ Starts School a Year After Being Left for Dead 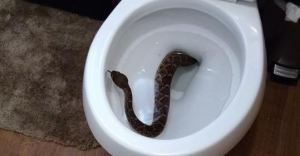 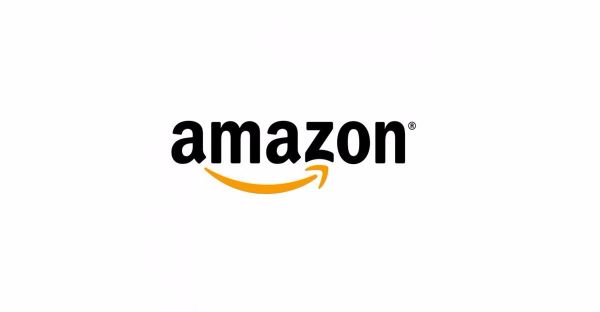 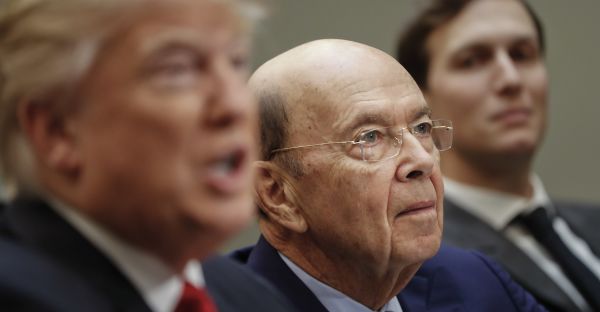 The Latest: Sanders says Trump may be right about his voters