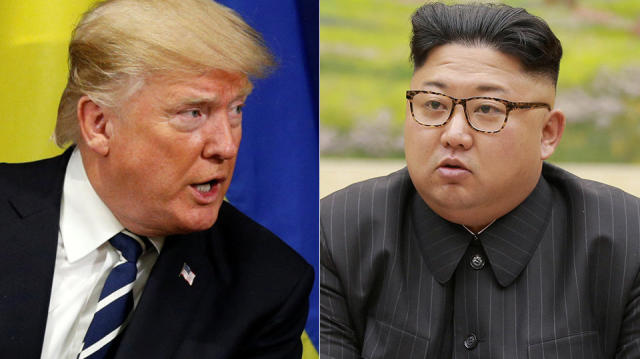 Does NKorean H-bomb threat push US closer to war?

WASHINGTON (AP) — Would exploding a hydrogen bomb over the Pacific, as North Korea has threatened, push the current war of words between the U.S. and North Korea closer to actual war?As with much that has transpired lately in the U.S.-North Korea nuclear crisis, no one can be sure where this would lead or whether the North will even carry out its threat. It does, however, raise many questions, including: How would the North undertake such a nuclear test, what risks might it pose to Japan and how would the U.S. respond?After the North Korean leader, Kim Jong Un, said President Donald Trump would „pay dearly” for threatening to „totally destroy” North Korea if the U.S. were forced to defend itself or its allies against a North Korean attack, Kim’s foreign minister told reporters his country’s response to Trump „could be the most powerful detonation of an H-bomb in the Pacific.”All six of North Korea’s nuclear tests thus far, dating to 2006, have been conducted in underground tunnels.Experts say the most likely way the North would conduct an atmospheric test over the Pacific is to launch a long-range missile — probably overflying Japan — and have its nuclear warhead detonate in the skies over a remote part of the Pacific.”I strongly suspect they have the capability to do this,” said James Acton, a nuclear expert at the Carnegie Endowment for International Peace. He said in a telephone interview that the North likely would do a couple of trial runs with unarmed missiles in coming months before performing the test with an actual H-bomb aboard.Such a test with a live warhead would tell North Korea’s engineers whether their bomb design can survive the rigors of flight and re-entry into the Earth’s atmosphere, says Michael Elleman, a missile defense expert at the International Institute for Strategic Studies.North Korea has said it intends to build a missile capable of striking all parts of the United States with a nuclear bomb. Trump has said he won’t allow it, although the U.S. so far has not used military force to impede the North’s progress.Susan Thornton, the acting secretary of state for East Asia and the Pacific, said Friday a North Korean H-bomb test in the Pacific would be „outrageous.” She said it would draw a „concerted and determined international response” but declined to be specific.North Korea says it needs nuclear weapons to deter a U.S. invasion, but Thornton contended that the North ultimately seeks to take over U.S.-allied South Korea.She said Kim’s aim in developing nuclear weapons is „to fulfill a long-term desire on the part of the North Korean regime to reunify the Korean Peninsula under the Kim family regime and proliferate these weapons and blackmail other countries. This is an intolerable prospect that no other country in the international community can abide.”Elleman said the missile of choice in a North Korean atmospheric H-bomb test likely would be its longest-range ballistic missile, known as the Hwasong-14, which apparently has the capability of reaching the U.S. mainland, or the intermediate-range Hwasong-12. The Hwasong-14 was flight tested for the first time only two months ago.”Kim Jong Un would have to accept considerable risk of failure — or worse, a missile carrying a nuclear warhead could crash into Japan — if he elects to use the Hwasong-12 or -14,” Elleman said. „The Hwasong-12 has been flight tested just six times, three of which ended in failure.”How might the U.S. respond, given its treaty commitment to defend Japan?Acton argues for negotiating a deal that would preclude such an escalation. He suggests a deal in which the North would agree to halt missile flights over Japan or South Korea and the U.S. would agree to stop its strategic bomber training flights within a certain distance of the North Korean border.Hans Kristensen, a nuclear expert at the Federation of American Scientists, says he thinks the North Korean threat is likely bluster, but if it happened „there’s a real possibility” the U.S. would take military action in response, given the potential for an accidental detonation over a populated area and the potential threat to sea or air traffic.”They have done crazy things and tend to carry through with what they have said,” Kristensen said in an email exchange. „But a live nuclear weapons launch and detonation in the Pacific would be an extraordinarily irresponsible act.”Trump on Friday renewed his rhetorical offensive against Kim.”Kim Jong Un of North Korea, who is obviously a madman who doesn’t mind starving or killing his people, will be tested like never before!” the president tweeted.Evans Revere, a former State Department official and expert on East Asia, said Friday he believes the North is intent on launching an intercontinental ballistic missile, or ICBM, like the Hwasong-14 on a combat trajectory to determine the survivability of a mock warhead.”To go from that to an atmospheric test on a missile would be a dangerously provocative step,” Revere said. „It would violate longstanding international norms and would be a major challenge to the U.S. and Japan, in the latter case because it would overfly Japan’s territory.”It would also send a disturbing signal to the U.S. and the international community that North Korea had now ‘arrived’ as a full-fledged nuclear weapon state.”

Scroll back up to restore default view.At a rally in Alabama Friday night, President Donald Trump decried anthem protests by NFL players and also seemed to be critical of the 15-yard penalties given for hard hits meant to protect the health of players.Via a transcript of the comments posted by Bryan Graham of The Guardian, Trump gave his thoughts on the sport:“Wouldn’t you love to see one of these NFL owners, when somebody disrespects our flag, to say, ‘Get that son of a bitch off the field right now, out, he’s fired. He’s fired!’,” Trump said. “You know, some owner is gonna do that. He’s gonna say, ‘That guy disrespects our flag, he’s fired.’ And that owner, they don’t know it. They don’t know it. They’re friends of mine, many of them. They don’t know it. They’ll be the most popular person, for a week. They’ll be the most popular person in this country. 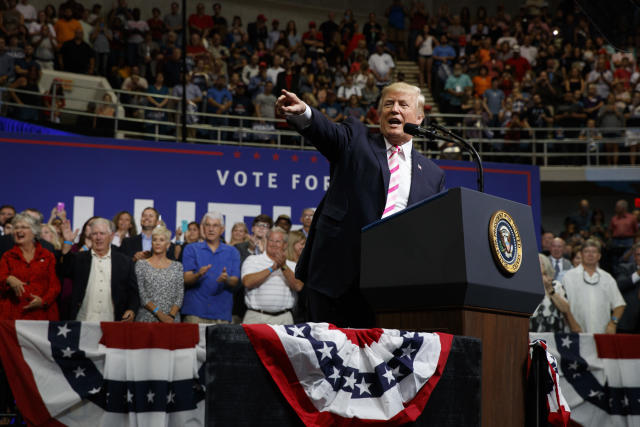 President Donald Trump speaks during a campaign rally for Senate candidate Luther Strange, Friday, Sept. 22, 2017, in Huntsville, Ala. (AP)“When the NFL ratings are down massively, massively. The NFL ratings are down massively. Now the number one reason happens to be they like watching what’s happening .. .with yours truly. They like what’s happening. Because you know today if you hit too hard: fifteen yards! Throw him out of the game! They had that last week.“I watched for a couple of minutes. Two guys, just really, beautiful tackle. Boom, 15 yards! The referee gets on television, his wife is sitting at home, she’s so proud of him. They’re running the game! They’re ruining the game. That’s what they want to do. They want to hit. They want to hit! It is hurting the game.“But do you know what’s hurting the game more than that? When people like yourselves turn on the television and you see those players taking the knee when they’re playing our great national anthem. The only thing you could do better is if you see it, even if it’s one player, leave the stadium. I guarantee things will stop. Things will stop. Just pick up and leave. Pick up and leave. Not the same game anymore, anyway.”Players like Colin Kaepernick, Michael Bennett, Malcolm Jenkins and others have repeatedly said they are not protesting the anthem itself, but rather the racial inequality and injustice that continue in this country. Oakland running back Marshawn Lynch has also been sitting during the anthem, but he has not expressly said why he is doing so.This isn’t the first time Trump has mentioned the anthem protests; at a rally in March, he said NFL owners won’t sign Kaepernick because „>they’re afraid he would tweet about them and bring negative attention.

World Could North Korea’s Army Crush the U.S. Military in a War? 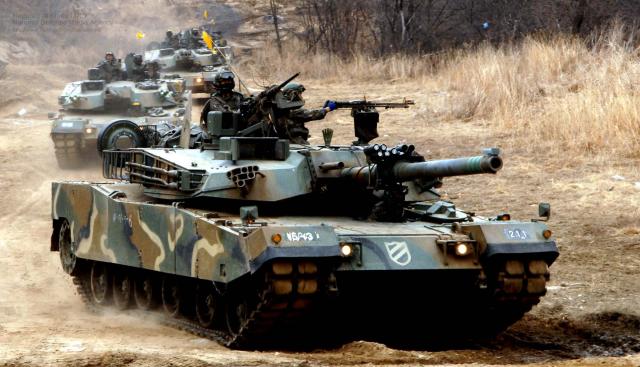