Mr. Trump said that Robert Wilkie, the under secretary for defense personnel and readiness at the Defense Department, would serve as acting secretary in the meantime, bypassing the department’s deputy secretary, Thomas G. Bowman.Dr. Shulkin did not immediately respond to requests for comment.As secretary, Dr. Shulkin helped guide into law measures meant to improve services for the more than 20 million veterans in the United States. Those included an expansion of the G.I. Bill for post-9/11 veterans, legislation that makes it easier for the department to remove bad employees and a law that streamlines the appeals process for veterans seeking disability benefits.Mr. Trump, who made veterans issues and overhauling the scandal-ridden department a focal point of his campaign, showered Dr. Shulkin with praise. At a bill-signing ceremony in June, Mr. Trump teased that the secretary need never worry about hearing his “Apprentice”-era catchphrase, “You’re fired.”“We’ll never have to use those words on our David,” the president said. “We will never use those words on you, that’s for sure.”

© Doug Mills/The New York Times Dr. Ronny L. Jackson, the White House physician, discussed the results of President Trump’s medical exam in January. But in recent months, a group of conservative Trump administration appointees at the White House and the department began to break with the secretary and plot his ouster. At issue was how far and how fast to privatize health care under the department’s health system, a long-sought goal for conservatives.The officials — who included Dr. Shulkin’s press secretary and assistant secretary for communications, along with a top White House domestic policy aide — came to consider Dr. Shulkin, who had run the health program under President Barack Obama, and his top deputy as obstacles to one of the administration’s policy goals.The secretary’s troubles only grew when what had been an internal power struggle burst into the open in February, after the department’s inspector general issued a scathing report describing “serious derelictions” related to a trip Dr. Shulkin took last year to Britain and Denmark. The report found that the secretary had spent much of the trip sightseeing and improperly accepted Wimbledon tickets as a gift.Critics of the secretary seized on the report to try to hasten his removal. Dr. Shulkin, fearing a coup, went public with a warning about officials “trying to undermine the department from within” and cut off those he saw as disloyal.The efforts backfired. At the White House, senior officials came to believe that Dr. Shulkin had misled them about the contents of the report. And the secretary’s public declarations only further aggravated top officials, who felt Dr. Shulkin had gone too far in commenting on internal politics with news outlets and had opened the administration to sharp criticism over his trip to Europe, which the report said cost more than $122,000.

VA Secretary Shulkin is out — here are all the casualties of the Trump administration so farSlideshow by Business Insider As recently as early March, after meetings with John F. Kelly, the White House chief of staff, Dr. Shulkin publicly claimed victory, signaling that he had the White House’s support to remove officials opposing him.But the victory seemed short-lived. In short order, Dr. Shulkin began markedly curtailing his public profile, cutting off communications with reporters and isolating himself from top deputies he viewed as disloyal. People who have spoken with the secretary in recent days said he was determined to keep his post, even as it became increasingly clear his time was up. He was set to meet with leaders from the nation’s largest veterans groups on Thursday.Dr. Shulkin remained overwhelmingly popular on Capitol Hill, where the Senate unanimously confirmed him last year, and among the veterans groups that have traditionally held outsize influence in Washington. In recent weeks, leaders from both parties publicly and privately signaled their support, even as rumors of his replacement appeared in news reports.But Mr. Trump had had enough. He began to discuss successors in recent weeks, even considering Energy Secretary Rick Perry as a possibility. He told friends last weekend that he would fire Dr. Shulkin, it was just a question of when.Dr. Shulkin’s departure could clear the way for a more aggressive push for government-subsidized private care at the department. Dr. Jackson and his policy views are little known on Capitol Hill, where lawmakers will have the final say on the matter.Representative Phil Roe of Tennessee, the Republican chairman of the House Veterans Affairs Committee, said Wednesday that he considered Dr. Shulkin a friend and regretted his departure.“I think he’s done a fantastic job and I hate to see him go,” Mr. Roe said. “That said, I respect President Trump’s decision, support the president’s agenda and remain willing to work with anyone committed to doing the right thing on behalf of our nation’s veterans.”Get politics and Washington news updates via Facebook, Twitter and the Morning Briefing newsletter.Correction: March 28, 2018This article has been revised to reflect the following correction: Because of an editing error, an earlier version of this article misstated the rank of Dr. Ronny L. Jackson. He is a rear admiral, not an admiral.© Erin Schaff for The New York Times As the secretary of veterans affairs, David J. Shulkin helped guide into law measures meant to improve services for the more than 20 million veterans in the country.

Trump rejects justice’s appeal for repealing right to bear armsWashington (AFP) – President Donald Trump rejected Wednesday a former US Supreme Court judge’s call for the repeal of the Second Amendment to the US Constitution, which guarantees the right to bear arms.”THE SECOND AMENDMENT WILL NEVER BE REPEALED!,” Trump wrote in a tweet in response to the appeal by former justice John Paul Stevens.Related SearchesJustice Stevens 2nd AmendmentSupreme Court Justice Stevens„As much as Democrats would like to see this happen, and despite the words yesterday of former Supreme Court Justice Stevens, NO WAY. We need more Republicans in 2018 and must ALWAYS hold the Supreme Court!,” Trump added.Stevens made the call Tuesday in an op-ed in The New York Times three days after the „March for Our Lives,” a series of nationwide protests that were the largest in support of gun control for nearly two decades and came in response to the Valentine’s Day school shooting in Parkland, Florida that left 17 students and staffers dead.”Rarely in my lifetime have I seen the type of civic engagement school children and their supporters demonstrated in Washington and other major cities throughout the country this past Saturday,” wrote the former high court judge, now aged 97.Stephens, who was nominated to the Supreme Court by Republican president Gerald Ford in 1975, said the protests „reveal the broad public support for legislation to minimize the risk of mass killings of school children and others.”But he said activists, who are calling for a ban on assault rifles and raising the legal age to buy a firearm to 21, should go further in their demands.”They should demand a repeal of the Second Amendment,” he said.The amendment states that „a well regulated Militia, being necessary to the security of a free State, the right of the people to keep and bear Arms, shall not be infringed.””Today that concern is a relic of the 18th century,” when states worried that a standing national army could be used against them, Stevens said.In 2008, the Supreme Court held that the Second Amendment protects the right of individuals to possess firearms for self-defense in the home, in the landmark case „District of Columbia v. Heller.” It ruled a ban on handguns and laws on storage requirements for rifles and shotguns violated this.A decade on, Stevens remains convinced that decision was „wrong and certainly was debatable,” and that it has handed the NRA „a propaganda weapon of immense power.” 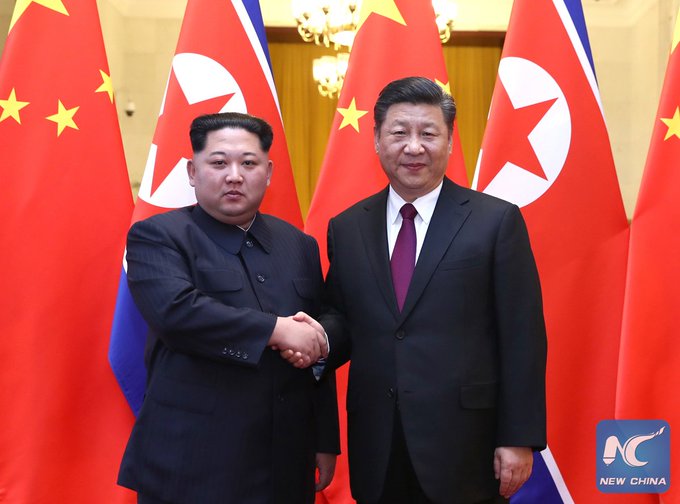 Pakistani activist Malala Yousafzai received the Nobel Peace Prize in 2014 for her work promoting children’s rightsPakistani activist Malala Yousafzai received the Nobel Peace Prize in 2014 for her work promoting children’s rights (AFP Photo/OLI SCARFF)Islamabad (AFP) – Nobel peace laureate Malala Yousafzai returned to Pakistan on Thursday, officials said, in her first visit to her native country since she was shot in the head by a Taliban gunman six years ago for advocating education for girls.Malala is widely respected internationally for her bravery and activism, but opinion is divided in Pakistan where some conservatives view her as a Western agent on a mission to shame her country.Malala is expected to meet with Prime Minister Shahid Khaqan Abbasi during the four-day trip but further details have been „kept secret in view of the sensitivity surrounding the visit,” a government official said.Accompanied by her parents, the 20-year-old student was escorted through Islamabad’s Benazir Bhutto International Airport under tight security, according to photographs broadcast on local television.Malala became a global symbol for human rights after a gunman boarded her school bus in the Swat valley on October 9, 2012, asked „Who is Malala?” and shot her.She was treated for her injuries in the British city of Birmingham, where she also completed her schooling.The youngest ever winner of the Nobel Peace Prize in 2014, she has continued to be a vocal advocate for girls’ education while pursuing her studies at Oxford University.Many Pakistanis took to Twitter to express delight that the campaigner had returned for the visit, despite ongoing security fears.”I welcome #MalalaYousafzai the brave and resilient daughter of Pakistan back to her country,” politician Syed Ali Raza Abidi wrote.But she faces intense criticism from some Pakistanis, including hardline Islamists as well as members of the conservative middle class who support education for girls but object to airing the country’s problems abroad.One leading Pakistani journalist, Hamid Mir, issued a plea for opposition politicians and commentators to exercise restraint when talking about the visit.”International media is highly focused on her return and this (bad language) will damage Pakistan’s image,” he said.- ‘Change the world’ -Malala began her campaign aged just 11, when she started writing a blog — under a pseudonym — for the BBC’s Urdu service in 2009 about life under the Taliban in Swat, where they were banning girls’ education.In 2007 the Islamist militants had taken over the area, which Malala affectionately called „My Swat”, and imposed a brutal, bloody rule.Opponents were murdered, people were publicly flogged for supposed breaches of sharia law, women were banned from going to market, and girls were stopped from going to school.But it was only after the shooting, and a subsequent near-miraculous recovery, that she became a truly global figure.She opened a Twitter account on her last day of school in July 2017 and now has more than a million followers.”I know that millions of girls around the world are out of school and may never get the opportunity to complete their education,” Malala wrote at the time.During a recent appearance at the World Economic Forum in Davos, the feminist campaigner urged women to „change the world” without waiting for the help of men.”We won’t ask men to change the world, we’re going to do it ourselves,” Malala said.”We’re going to stand up for ourselves, we’re going to raise our voices and we’re going to change the world.”