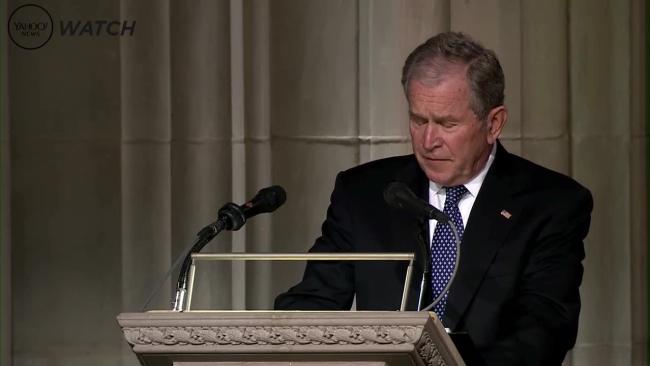 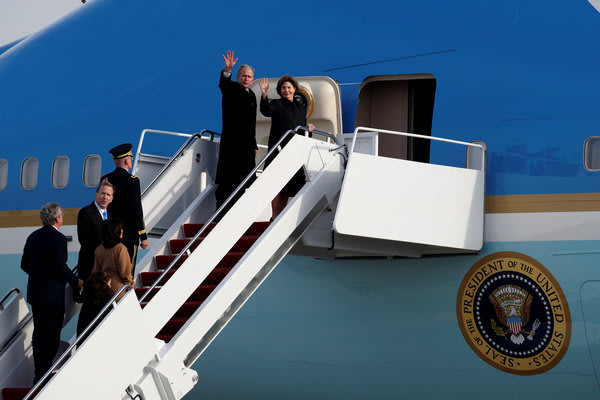 8 hours ago
Dylan Stableford A U.S. military honor guard carries the flag-draped casket of former President George H.W. Bush to „Special Air Mission 41,” one of the Air Force One planes flown by President Bush when he was in office, bound for Texas from Joint Base Andrews in Maryland. (REUTERS/Jim Urquhart) 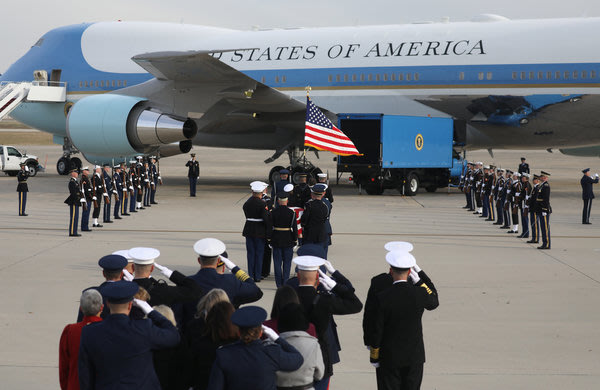 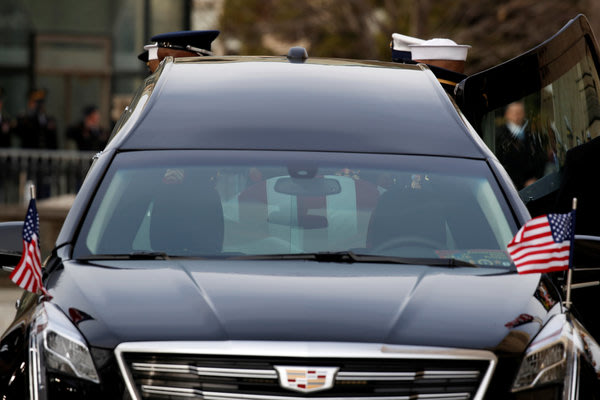 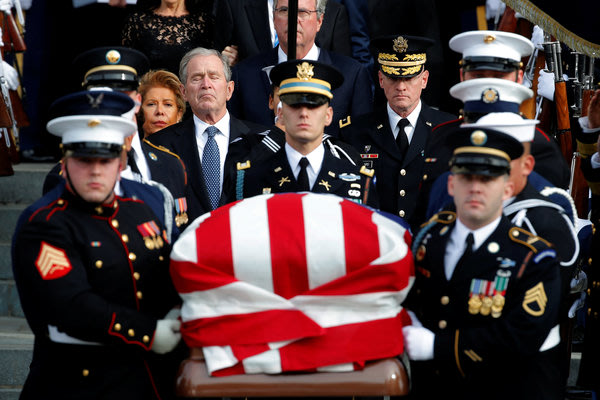 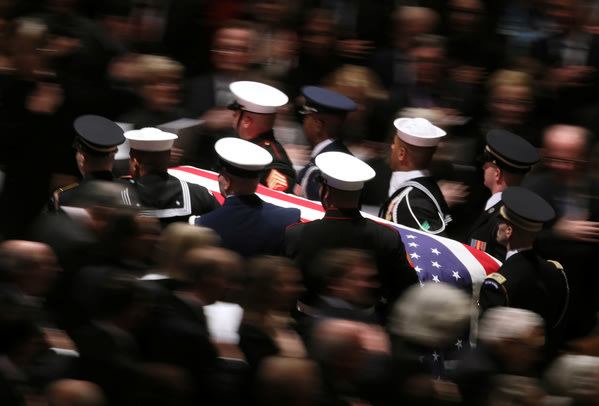 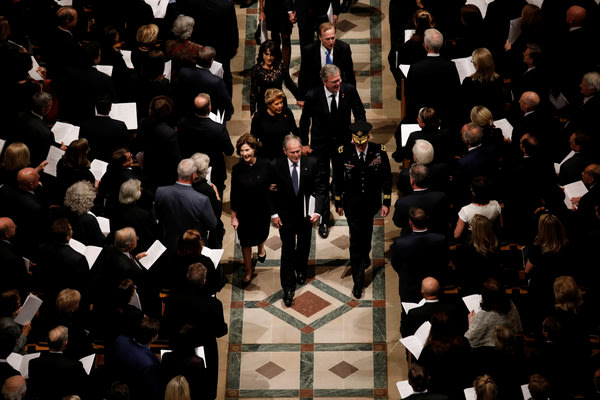 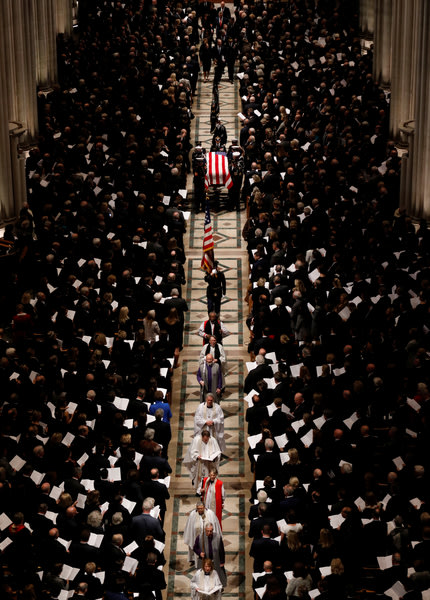 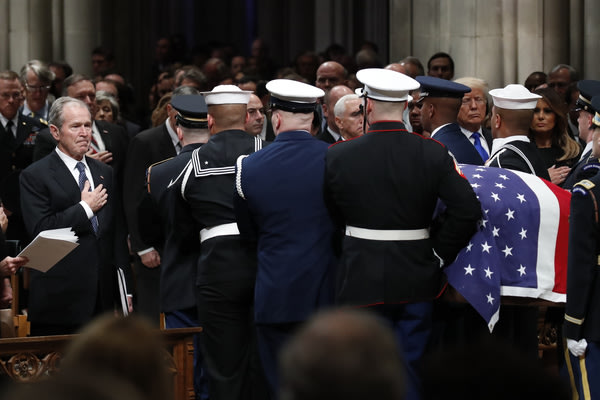 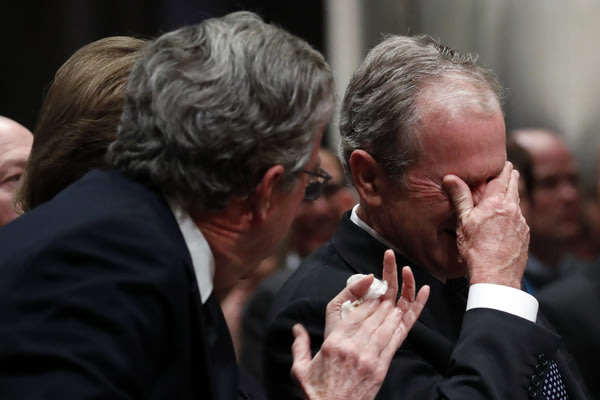 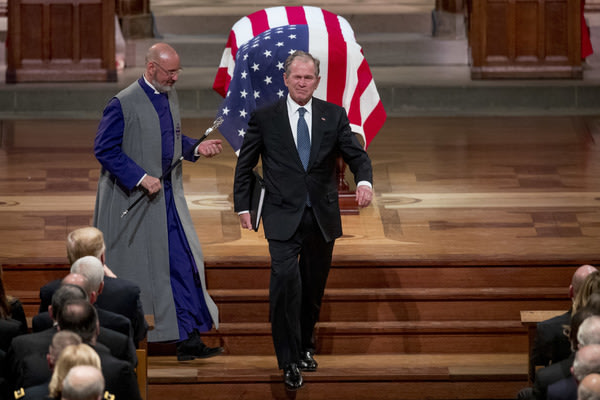 Alanna Vagianos ,HuffPost•December 5, 2018 Trumps to attend state funeral for former president George H.W. Bush The Trumps, Obamas and Clintons sat next to one another at George H.W. Bush’s funeral on Wednesday morning ― and it was as awkward as you’d expect. President Donald Trump and first lady Melania Trump took their seats in the front row next to former President Barack Obama and Michelle Obama at the Washington National Cathedral. As Melania Trump moved into the pew, she leaned over and shook former President Bill Clinton’s hand and waved to Hillary Clinton, who was sitting next to her husband. Both Trumps shook hands with the Obamas, but President Trump did not offer his hand to the Clintons. After Melania Trump waved to Hillary Clinton, the camera panned out and viewers could see the former secretary of state nodding her head, seemingly annoyed. While it’s customary that all current and former presidents and their spouses attending a funeral service for a former president sit in the front row at the cathedral, it definitely made for some stressful live television. 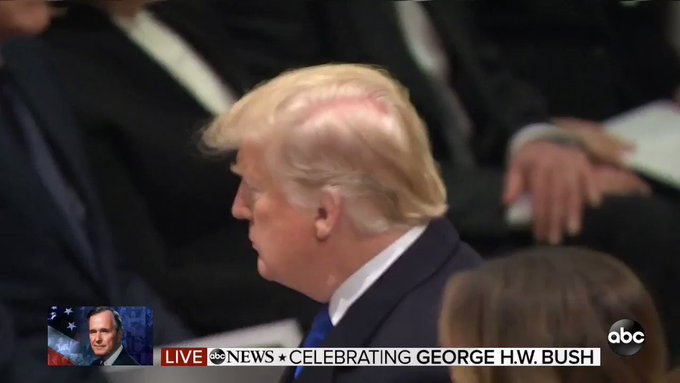 Dan Linden@DanLinden President Trump and first lady Melania Trump take their seats in the Washington National Cathedral. Handshakes from Barack and Michelle Obama, but no greeting from Bill and Hillary Clinton. https://abcn.ws/2RI0Cd6 #Bush415:52 PM – Dec 5, 2018 Viewers hilariously noted the awkward exchange on Twitter, pointing out just how tense the moment was. Some even pointed out former President Jimmy Carter’s side eye, as Michelle Obama and President Trump shook hands. Scroll below to read more reactions. View image on Twitter 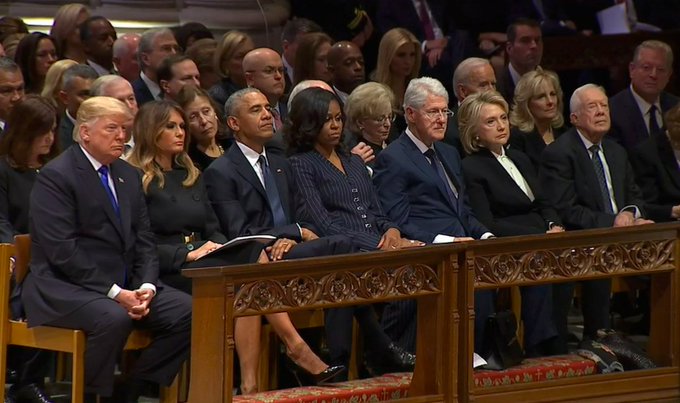 Have I Got News For You @haveigotnews As George HW Bush’s funeral gets under way, representatives from the US and Russia gather to pay their respects.6:31 PM – Dec 5, 2018 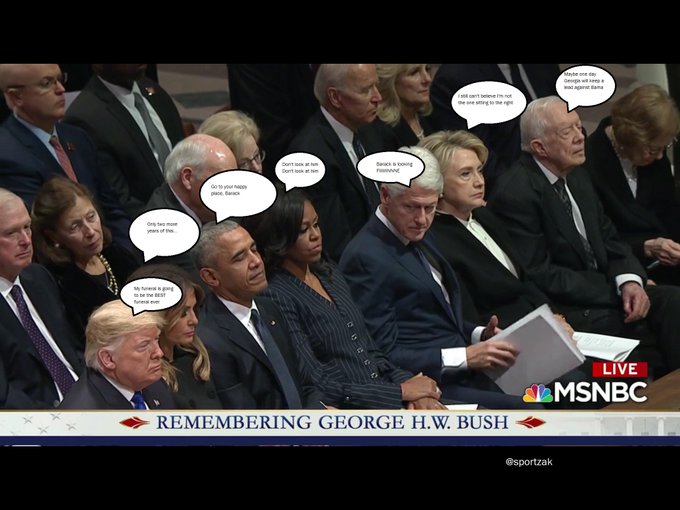 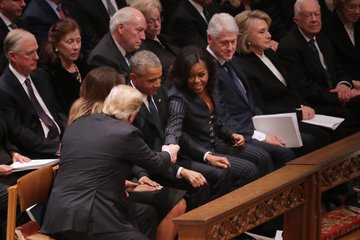 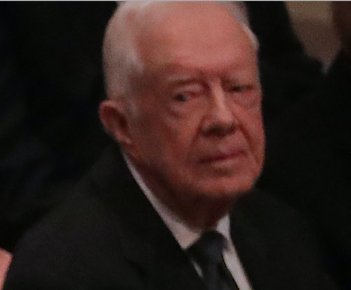 jazmoné@JasmineNxcolee The tension in the air is so thick #GeorgeHWBushFuneral 6:48 PM – Dec 5, 2018 See jazmoné’s other Tweets Twitter Ads info and privacy 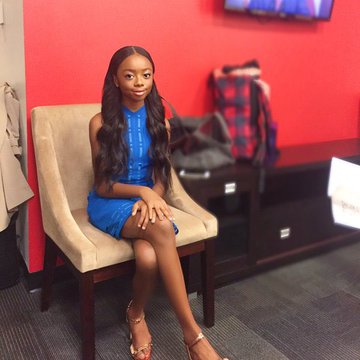 BUCHAREST, Romania (AP) — A Turkish journalist suspected of links to Fethullah Gulen, the U.S.-based cleric blamed by Turkey for orchestrating a failed coup in 2016, was temporarily detained Wednesday in Romania, authorities said.

Bucharest prosecutor Viviana Ciuca told The Associated Press that Kamil Demirkaya was detained based on an extradition request from Turkey for „being a member of criminal, terrorist group.”

The Zaman Romania newspaper said their employee was arrested „on the order” of Turkish President Recep Tayyip Erdogan. Demirkaya later appeared in court and is free pending a court ruling.

The case is delicate for Romania, which takes over the EU’s rotating presidency on. Jan. 1.

Demirkaya denied allegations of terrorism, saying he had been a teacher in Turkey and abroad for 11 years and had worked as a journalist for eight years.

„I don’t recall ever killing a fly or an ant,” he told Digi24 news channel. „Unfortunately, I am accused of terrorism.” He said Romanian authorities had followed legal procedures following Turkey’s request to extradite him.

Zaman’s edition in Turkey was shut down by the government after the failed coup, in which Gulen denies involvement.

Zaman, critical of Erdogan, now has editions in Romania and Bulgaria. Zaman Romania said Demirkaya has lived in Romania for two years with his wife and son, „writing about the abuses of power in Ankara.”

Cristian Preda, an independent Romanian lawmaker in the European Parliament, called on the justice minister to halt the extradition process, saying Romania had „international commitments not to extradite citizens to countries where human rights are endangered.”

„Turkey is one such country,” Preda said in a statement, adding that if the government extradites Demirkaya „it (will be) disqualified all over the European Union.”

Budapest (AFP) – Hungarian Prime Minister Viktor Orban gave the green light Wednesday for the merger of hundreds of pro-government media outlets, despite criticism this will give him almost „complete control” of the country’s media.

Last week, some 500 pro-government media outlets were „donated” by their owners to a foundation set up in August and headed by a loyal ally of Orban.

On Wednesday, the prime minister signed a decree classifying the merger as being of „national strategic significance in the public interest”.

In doing so, he blocked any possibility for competition or media authorities to challenge the move.

The new conglomerate — named the Central European Press and Media Foundation (CEPMF) — comprises national and regional newspapers, websites, television and radio stations that were previously owned by a raft of government-linked figures.

Since coming to power in 2010, Orban has turned Hungary’s public media into a government propaganda organ while his allies have steadily bought up swathes of the private media sector, benefiting from lucrative state advertising revenue, critics say.

The new merger brings these private companies under one umbrella group where they can come under „complete central control,” according to Gabor Polyak, an analyst with Mertek Media Monitor.

The president’s score matches the low charted by his predecessor Francois Hollande in late 2013, according to Paris Match. Hollande was then considered to be the least popular leader in modern French history.

The first „yellow vest” demonstrations were held on Nov. 17 to contest fuel-tax rises, and have since evolved into a broader protest movement and anti-Macron uprising.