News Polar vortex? Back in the day, we called it ‘winter’

The polar vortex could be making a return engagement to the U.S. sometime later this month or in January.Back in the day, we used to call it „winter.”Now, it’s got its own catchphrase: the polar vortex, which could be making a return engagement to the U.S. later this month or in January.Or maybe it won’t.Regardless, the polar vortex – everyone’s favorite wintertime whipping boy – is a large area of cold air high up in the atmosphere that normally spins over the North Pole (as its name suggests). Sometimes, however, thanks to a meandering jet stream, some of the vortex can slosh down into North America, helping to funnel unspeakably cold air down here where we all live.And it’s not exactly a new phenomena, either, despite how hashtag-friendly it is.The vortex has likely „existed in some form for the past 4.5 billion years,” according to senior scientist Jeff Kiehl of the National Center for Atmospheric Research in Boulder, Colorado. Although it’s been understood by scientists for several decades and referred to in meteorological literature in the 1950s, it only entered the popular lexicon as a synonym for miserably cold winter weather a few years ago.The vortex is strongest during the winter and usually weakens or even disappears in the summer. Its position can determine what part of the USA the Arctic air will invade.Some of the long-range computer models that meteorologists use to predict the weather are showing signs that some of the vortex could invade the U.S. in January. 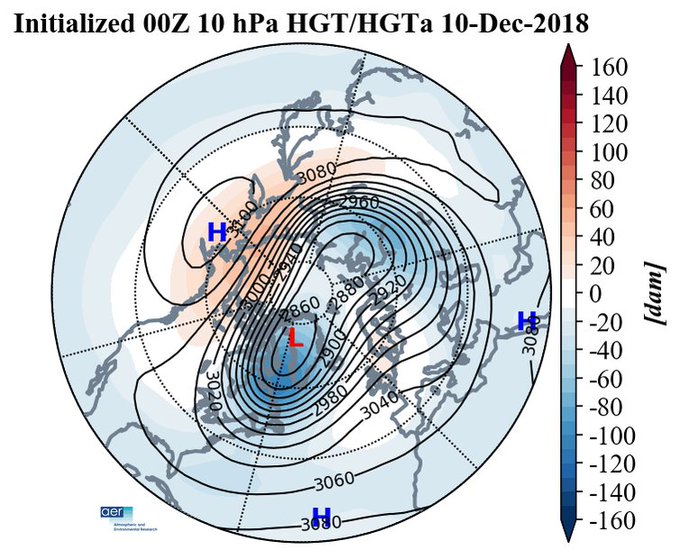 The whole process is a complex dance among air masses at various levels of the atmosphere, occurring over different regions of the Northern Hemisphere, as detailed by the Capital Weather Gang.  It involves such factors as sudden stratospheric warming, Siberian snow cover, Arctic sea ice coverage and large-scale climate patterns such as the Arctic Oscillation.  Other experts are more wary about the predicted invasion of the vortex: Amy Butler, a National Oceanic and Atmospheric Administration scientist, tweeted Sunday that „not all other models on board yet so still reason to be cautious.”In addition, the polar vortex, even if it does appear down here, is likely still at least a couple of weeks away. The Climate Prediction Center favors above-average temperatures for most of the nation until the end of December.In any event, don’t fear the polar vortex. It isn’t like a tornado or hurricane; it’s not something you can look up and see in the sky one day; there’s no freakish spinning whirlwind of ice and snow roaring down from Canada.When it arrives, it will just be very cold, which is also known as … winter. This article originally appeared on USA TODAY: Polar vortex? Back in the day, we called it ‘winter’

JULIA JACOBO,ABC News•December 19, 2018 ‘This doesn’t happen here’: Images, video shows damage from tornado that ripped through Washington state originally appeared on abcnews.go.comA massive tornado that ripped through Washington state left a path of destruction in its wake, videos and images posted to social media show.The tornado pummeled through Port Orchard as torrential storms clouded over the Pacific Northwest Tuesday afternoon.(MORE: Images, video show Michael’s destruction: ‘All I can see is devastation’)The National Weather Service confirmed the tornado based on the radar and video evidence, it said, adding that the tornado touched down just before 2 p.m. local time.

NWS Seattle@NWSSeattleBased on radar imagery & video evidence, a tornado touched down south of Port Orchard this afternoon shortly before 2 PM. We continue to work with EM partners on the extent of damage. We will not be able to survey the area before dark tonight – will send a team tomorrow morning.12:38 AM – Dec 19, 2018Twitter Ads info and privacyA number of businesses and homes were damaged, Mark Dorsey, director of public works in Port Orchard, told ABC News.

PHOTO: Several buildings were destroyed in Port Orchard as a result of a tornado, Dec. 18, 2018, city officials tell ABC News. (KOMO)A 911 call in Katsap County made after 2 p.m. detailed a tornado „taking over a building and taking down some trees” in Port Orchard.(MORE: Dramatic images from deadly tornadoes in the South)In one video taken in the doorway of a Safeway grocery store, witnesses are heard expressing shock as they watch a huge funnel cloud wreak havoc in the distance.”There’s like debris everywhere,” the person behind the camera said, adding that she was scared 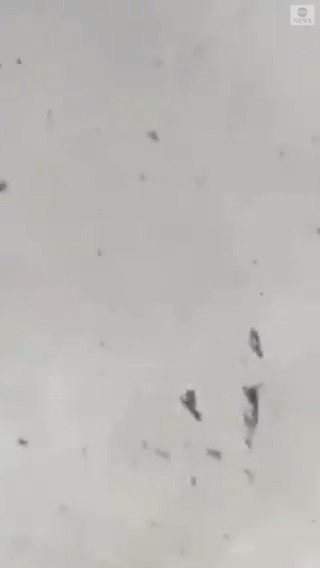 Officials in Port Orchard, Washington, confirm a tornado touched down this afternoon as severe storms pound the Pacific Northwest. There were no immediate reports of any injuries. http://abcn.ws/2ClmlSV

Several posts to social media showed down trees in the wake of the tornado.

Hello, where was this taken from? 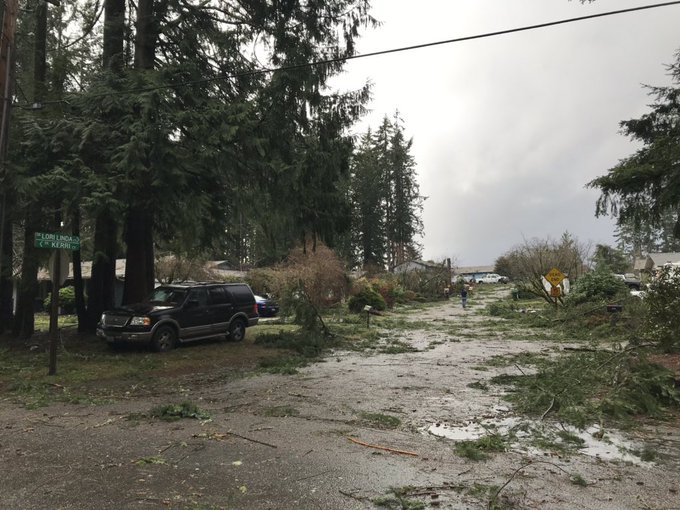 Resident Richard Raymond told ABC Seattle affiliate KOMO that he escaped his home right before a tree fell on top of it. 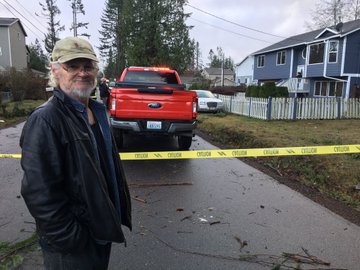 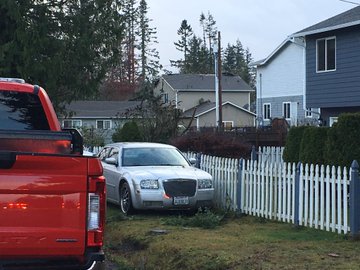 Richard Raymond says he just got out of his house before three trees fell onto it. #KOMOnews

There have been no reports of injuries, Dorsey said. The city is now working on getting downed power lines and roads filled with debris cleared, he said

Dorsey said that while the city’s emergency operations prepare for tornadoes often, he has not experienced one for the past 50 years he’s lived there.

„This doesn’t happen here,” he said.