Cyclone Fadi is forecast to make landfall in Odisha, along India’s eastern coast, on Friday afternoon Authorities are issuing mass evacuation orders along India’s eastern coast as Cyclone Fani, a Category 4 equivalent hurricane, approaches landfall with more than 100 million in its path.According to the India Meteorological Department, Fani has been classified as an “Extremely Severe Cyclonic Storm.” It is forecast to move inland at wind speeds as high as 130 mph on Friday and touch down in Puri in Odisha state.Around 800,000 people are to be evacuated to safety by Thursday evening, local broadcaster NDTV reported. Total suspension of fishing operations has been advised and boating activity also discouraged.Cyclone Fani may be the strongest storm to hit India’s eastern coast since Storm Hudhud, which killed 124 when it made landfall in Andhra Pradesh in October 2014, and the biggest to form in April in 43 years. Severe cyclones in India tend to be concentrated toward year-end.The Bay of Bengal on the eastern coast has a history of producing deadly tropical storms, with the 1999 super cyclone that hit Odisha killing more than 10,000 people. 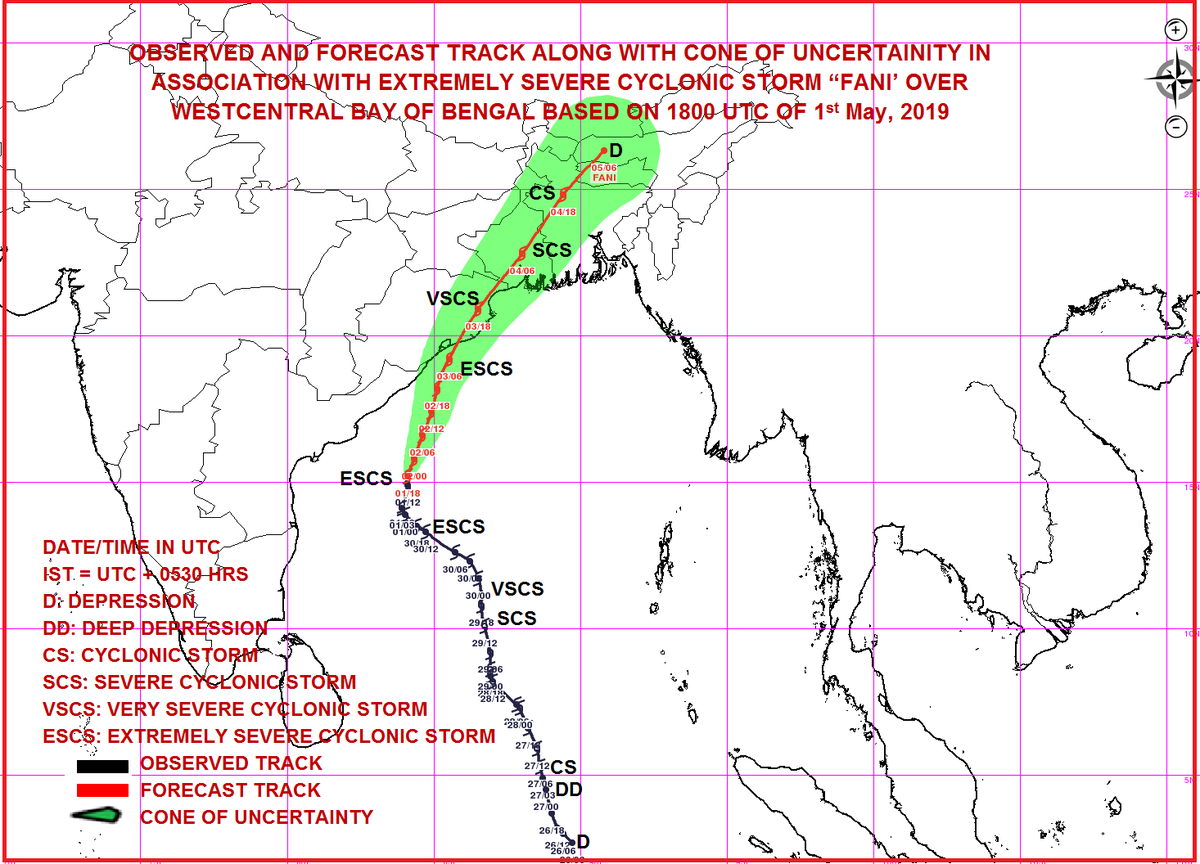 OKLAHOMA CITY (AP) — Authorities say a man and woman were killed in separate incidents when severe storms swept across Oklahoma, and officials warned Wednesday more severe storms are on the way.

A 55-year-old man’s body was found Wednesday inside his vehicle in Tulsa after it was submerged in floodwaters Tuesday night. He has not been identified.

The vehicle was reported missing about 8 p.m., when water in the area was up to 20 feet deep. A passerby spotted the vehicle Wednesday.

Officials in Bryan County say a 58-year-old woman died when her home was destroyed by high winds near Bokchito, about 160 miles (257 kilometers) southeast of Oklahoma City. A tornado was reported there about 9 p.m. Tuesday. Authorities have not released her name.

Hospitals in southeast Oklahoma reported at least 22 people were injured as a result of Tuesday night’s storms, according to the State Department of Health.

Oklahoma Gov. Kevin Stitt declared a state of emergency on Wednesday for 52 Oklahoma counties as a result of the storms, and state officials activated its emergency operations center to coordinate with first responders.

There is an enhanced risk of severe thunderstorms through Thursday across south-central Oklahoma and parts of northern Texas, with heavy rain likely to cause flooding and a chance for large hail, damaging winds up to 70 mph and a few tornadoes, the National Weather Service reported.

After two days of severe storms and tornadoes across the South and Midwest, more severe weather was in the forecast for Thursday.

„The greatest threat for severe thunderstorms will continue over the southern Plains, with a second pocket of severe weather likely over the middle Mississippi and Ohio Valleys,” according to AccuWeather.

The main threats from the storms Thursday will be damaging wind gusts and frequent lightning strikes, along with the urban flood potential.

There is a small chance for tornadoes, especially in Texas, the Storm Prediction Center warned.

Heavy rain could lead to flooding across the region, the National Weather Service said. „Widespread showers and thunderstorms will persist, with the best chance for significant rainfall – on the order of 1 to 3+ inches – from central and eastern Texas to southern Ohio,” the weather service said.  Tuesday and Wednesday, there were at least 30 reports of tornadoes in five states, including Texas, Oklahoma, Missouri, Arkansas and Kansas, the Storm Prediction Center said.

„A few of the tornadoes were strong, with debris being reported from a tornado near Wheaton, Missouri, and another that tore the roof off a house near Boone, Arkansas,” AccuWeather meteorologist Brett Rossio said. There were no reports of fatalities from the tornadoes as of late Wednesday, but at least one person was injured in Bryan, Oklahoma, after a building suffered roof damage.

Heavy rain in Davenport, Iowa, led to a breach of a levee, flooding part of the downtown area late Tuesday with water from the Mississippi River. Water came up to the rooftops of some vehicles while car alarms wailed.

Floodwater temperatures were about 40 degrees in Davenport.

Concern about Mississippi River flooding, driven by snowmelt and heavy rain, has been high for weeks. The danger spiked again this week after easing somewhat in April.

More: Some Iowa towns have been underwater for weeks. The big question: Will residents come back?

In the Rockies, snow was reported on the final day of April and the first day of May in portions of Colorado, Wyoming, South Dakota and Montana.

Up to a foot of snow fell in the Rockies in Colorado, the weather service reported. 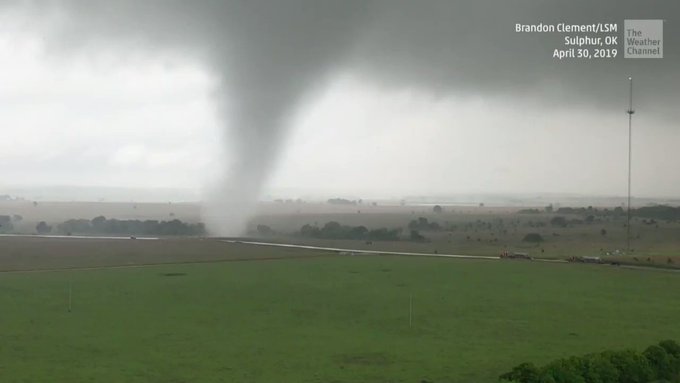