After Dorian, US weather service rocked by political storm 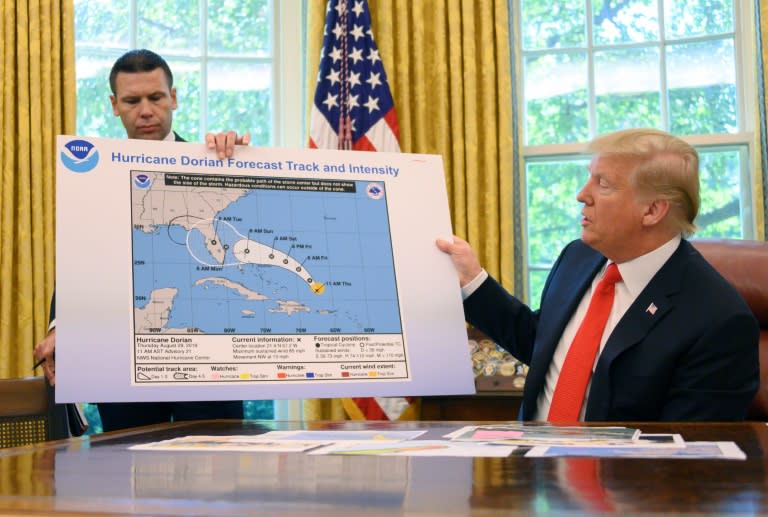 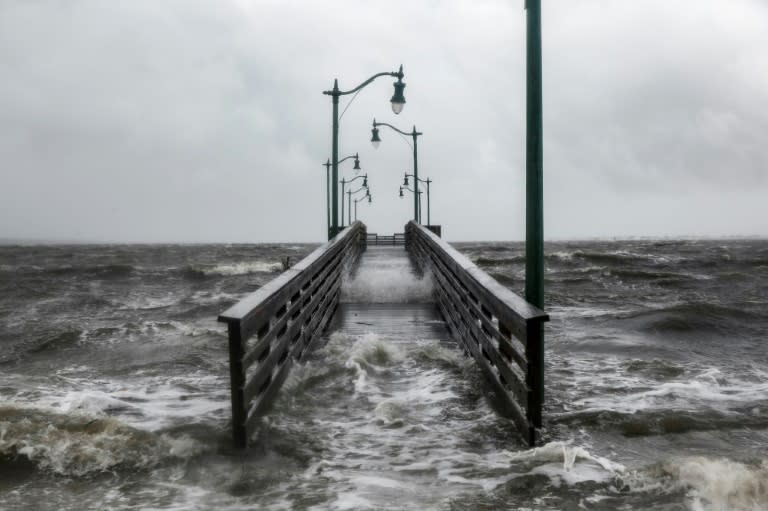 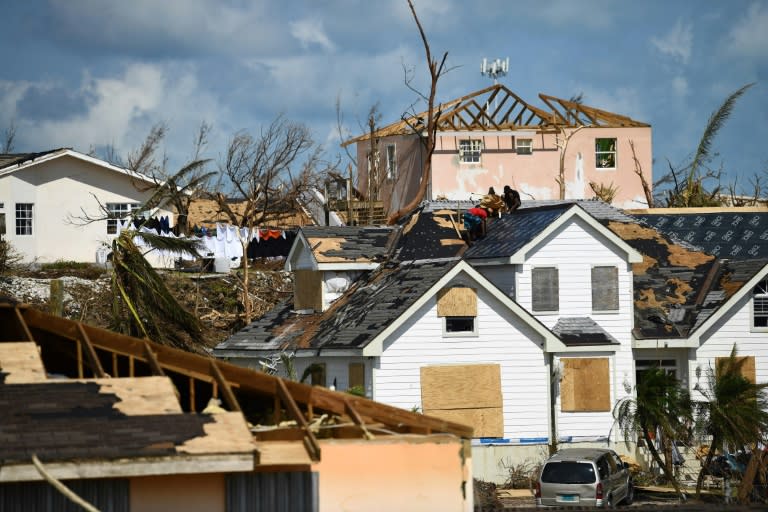 It all started on September 1, when the president tweeted that states including Alabama „will most likely be hit (much) harder than anticipated” a few days after the fierce Atlantic storm became a hurricane.

Exactly 20 minutes later, the National Weather Service in Birmingham, Alabama tweeted directly contradicting the president: „Alabama will NOT see any impacts from #Dorian. We repeat, no impacts from Hurricane #Dorian will be felt across Alabama.”

Trump hit back with eight more tweets in the following days, and a now infamous episode in which he presented a forecasting map that was doctored to include the southern state, apparently using a black Sharpie pen.

Dorian never touched Alabama, but by Friday, the National Oceanic and Atmospheric Administration, the agency which oversees the NWS, backed Trump and chastised the authors of the tweet from NWS Birmingham for dealing in „absolute terms.”

The probability of relatively strong winds hitting Alabama ranged from zero to 20 percent at the time of the NWS tweet — but there was no prediction for hurricane force winds.

That has not stopped commerce secretary Wilbur Ross from threatening to fire senior officials if they do not issue a public communique defending the president, the New York Times reported Monday.

Meteorologists were stunned by what they saw as political interference, and the head of the NWS, Louis Uccellini, publicly defended his employees at an annual conference held Monday — in Alabama.

„When the phones and the social media lit up about 10:00 am Central Time on September 1st, they did what any office would do,” he said. „With an emphasis they deemed essential, they shut down what they thought were rumors.”

„The Birmingham office did this to stop public panic, to ensure public safety, the same goal as all the National Weather Service offices were working toward at that time,” he added, before asking the audience to join him in applauding those responsible.

The hall responded with a standing ovation.

„This has become a political situation, and it shouldn’t be, because we’re trying to save lives,” Bill Murray, the president of the Weather Factory private forecasting firm in Birmingham, who attended the meeting, told AFP.

„We totally stand with the National Weather Service in Birmingham, all meteorologists do,” he added.

Crucial policy decisions depend on weather forecasts — and the stakes are even higher when it comes to hurricanes, which are tracked by the National Hurricane Center in Miami, a small operation based in Miami that falls under the NOAA.

The NHC’s predictions about possible hurricane pathways lead in turn to evacuation zones, and creating a zone that is too small based on a faulty forecast can cost lives.

But erring too greatly on the side of the caution can spread panic and lead to the unnecessary movement of millions of people.

Trajectory predictions have come a long way in recent years — the expected forecast accuracy for a hurricane hitting in three days is about the same as it was for a one and a half day forecast just over a decade ago.

For Murray, Dorian was in fact a „success story” because meteorologists helped minimize disruption, particularly in Florida where Miami Airport was never shut down.

Trump tweeted over the weekend that the so-called „Sharpie-gate” scandal was „fake news” kept alive artificially by a hostile media.

The affair however could continue Tuesday when Neil Jacobs, the head of the NOAA, is set to speak at the same conference.

An already above-normal summer for heat in parts of the United States is expected to get worse for much of the southern U.S., with record-challenging heat occurring through the rest of the week, according to AccuWeather meteorologists.

Despite what’s ahead, several cities have already experienced elevated estimated costs for cooling from May 1 through September 8 compared to normal cooling costs, according to an AccuWeather analysis.

Oklahoma City continues to be an outlier in the other temperature direction. Its estimated cooling costs are 10.2% lower than normal. For the last 30 years, the city has averaged 73 days of the daily high temperature reaching at least 90 degrees; this year, there have been just 57 days with a high of at least 90 so far.

As Bahamian officials continue to sort through the widespread destruction left by Hurricane Dorian, confusion and uncertainty has been rampant during much of the initial recovery process.

While the official death toll has slowly ticked upwards, residents, reporters and officials recognize that the final number will be far more staggering than what is being currently reported. As of Monday, the official tally is at 44 fatalities. By eyewitness accounts, the total will be hundreds, if not thousands.

As some have questioned the government’s truthfulness in the current death toll reports, Duane Sands, the Bahamas’ minister of health, told the Miami Herald that calculating the fatality total isn’t currently a higher priority than helping survivors get back on their feet.

„I am actually a bit concerned that the focus has been for some people the body count,” Sands told the Herald. „It is not the priority. The priority is find those people for their loved ones who are missing them … To put food in people’s bellies, water in their throat.”

Sands added that officials have heard all the estimates and noted the large amount of missing people.

„We have to prepare for whatever inevitability and so whether it’s 1,000, or 2,000, or 500 body bags, we need to have the ability to make sure that every single remain can be treated with dignity and managed appropriately,” he said. „We are talking about a massive, multi-island operation.”

On Friday, the financial services ministry of the Bahamas called the situation a „humanitarian crisis” in a statement. Assistance has trickled in from all over the world, as countries have pledged financial support.

Raveesh Kumar, the spokesperson for India’s Ministry of External Affairs, wrote on Twitter that the country is „extending an immediate disaster relief of $1 million.”

Associated Press•September 9, 2019 NWS chief defends forecasters who contradicted Trump on forecast HUNTSVILLE, Ala. (AP) — The acting chief scientist at the National Oceanic and Atmospheric Administration said his agency likely violated its scientific integrity rules last week when it publicly chastised a weather office that contradicted President Donald Trump’s claim that Hurricane Dorian threatened Alabama.Two top NOAA civil servants not so quietly revolted against an unsigned agency press release issued late Friday rebuking the Birmingham weather office for saying Alabama was safe. The agency’s top scientist called Friday’s release „political” and the head of the National Weather Service said the Alabama office „did what any office would do to protect the public.””My understanding is that this intervention to contradict the forecaster was not based on science but on external factors including reputation and appearance, or simply put, political,” acting chief scientist and assistant administrator for ocean and atmospheric research Craig McLean wrote to staffers Sunday night.In the email, first reported by The Washington Post, McLean said he is „pursuing the potential violations” of the agency’s science integrity policy.NOAA spokesman Scott Smullen said Monday, „NOAA’s policies on scientific integrity and communications are among the strongest in the federal government, and get high marks from third party observers. The agency’s senior career leaders are free to express their opinions about matters of agency operations and science. The agency will not be providing further official comment, and will not speculate on internal reviews.”Meanwhile, another career civil servant, National Weather Service Director Louis Uccellini said forecasters in Birmingham did the right thing Sept. 1 when they tried to combat public panic and rumors that Dorian posed a threat to Alabama.”They did that with one thing in mind: public safety,” said Uccellini, who prompted a standing ovation at a meeting of the National Weather Association by asking members of the Birmingham weather staff to stand.”Only later, when the retweets and politically based comments started coming to their office, did they learn the sources of this information,” he said.Kevin Laws, science and operations officer for the weather service in Birmingham, declined comment on Uccellini’s remarks.”I think the speech speaks for itself,” Laws said.McLean in his letter said the Birmingham staff „corrected any public misunderstanding in an expert and timely way as they should. There followed, last Friday, an unsigned press release from ‘NOAA’ that inappropriately and incorrectly contradicted the NWS forecaster.”McLean said that the NOAA Scientific Integrity Policy tells all agency employees to „approach all scientific activities with honesty, objectively, and completely, without allegiance to individuals, organizations, or ideology.”He said the Friday NOAA press release „compromises the ability of NOAA to convey life-saving information” and „violated NOAA’s policies of scientific integrity.”The policy said employees should not „intimidate or coerce employees, contractors, recipients of financial assistance awards, or others to alter or censor scientific findings.”The scientific integrity policy is not criminal and has no punishments, said former NOAA general counsel and deputy administrator Monica Medina, who served in the Barack Obama and Bill Clinton administrations. She praised McLean and Uccellini „for looking into the matter and holding their current leadership accountable.”At the National Weather Association’s annual meeting, members including its president, signed two posters supporting the hurricane center and Birmingham office.”We make forecasts, we don’t deal with politics,” said association president Paul Schlatter, who works for the weather service in Boulder, Colorado. „Our job is to protect the American public with the weather information we pass around. Of course, it’s frustrating when things get politicized and we are the scientists and the communicators that are delivering the message for weather safety.”Trump has defended his Sept. 1 tweet that said Hurricane Dorian would threaten Alabama. Last week Trump displayed an altered hurricane forecast map in the Oval Office that included a crudely drawn addition in black ink to include parts of Alabama, in an attempt to make his point.Alabama had never been included in hurricane forecast advisories. Trump cited older and less authoritative information, which was based on outdated computer models and older graphics on wind speed._Borenstein reported from Washington._An earlier version of this report had an incorrect spelling of National Weather Association President Paul Schlatter’s name.