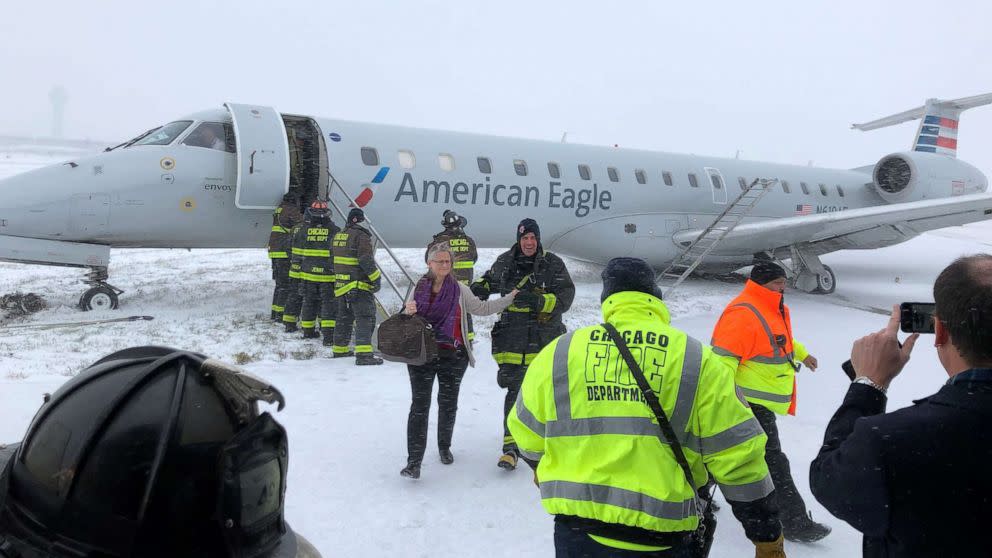 Brad Sugden@BradSugdenwx A SHINING example of why we tell you to be extra cautious while driving over bridges/overpasses during freezing temps. The ground keeps many roadways warm, but cold air gets under bridges! This is Lapeer Rd bridge over I-69 in downtown Flint this morning. @GMA @Ginger_Zee #miwx 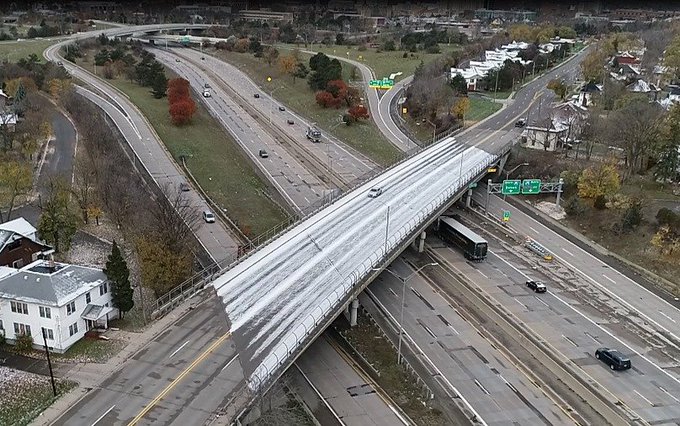 Daryl Orr@WxTrackerDarylThe streets in Aurora are ice and snow covered use extra caution as it is a skating rink out here. #cowx @Denver7Traffic @DenverChannel 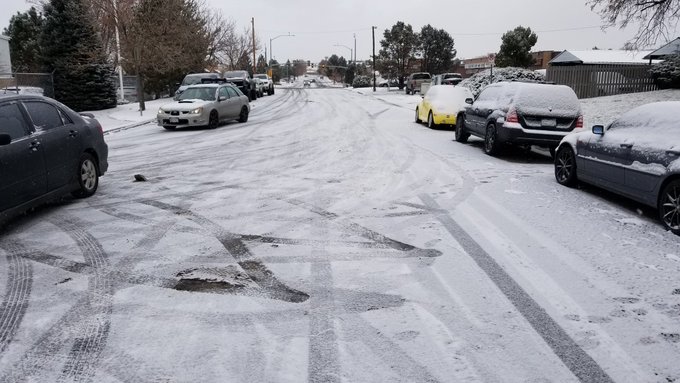 5:00 PM – Nov 11, 2019One plane in Chicago even slid off the runway due to icy conditions while landing at O’Hare International Airport Monday morning, American Airlines said. No one was hurt, according to the airline. „As soon as we landed, we could start feeling something a little off there and we tried to do a little turn and that’s when we started going sideways,” passenger Shaun Steele told ABC Chicago station WLS.„There was no visibility at all,” added passenger Luis Torres Curet.

Andrea Blanford@AndreaABC11BREAKING: @AmericanAir Flight AA4125 from @flyfrompti to @fly2ohare slides off runway in Chicago this morning. Passengers tell me everyone is OK, deplaned and on buses to terminal. Video: Joseph Lian from Greensboro. @ABC11_WTVD @ABC #ABC11 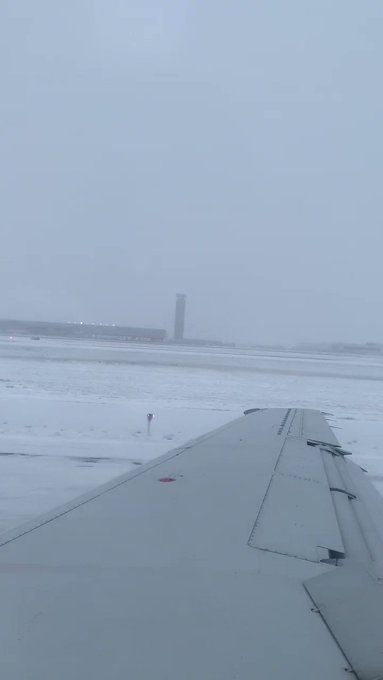 This is the snowiest start to winter in Milwaukee and Madison by „virtue of number of days with measurable snowfall,” according to the National Weather Service.

Lindsey Slater@LindseySlaterTV Sunrise for Milwaukee at November 11, 2019 at 06:38AM! Current temperature 20. 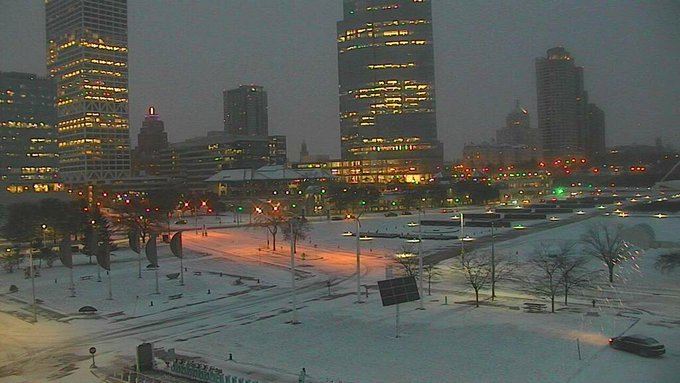 We are about to take off for Nashville! Just needed a quick de-ice first 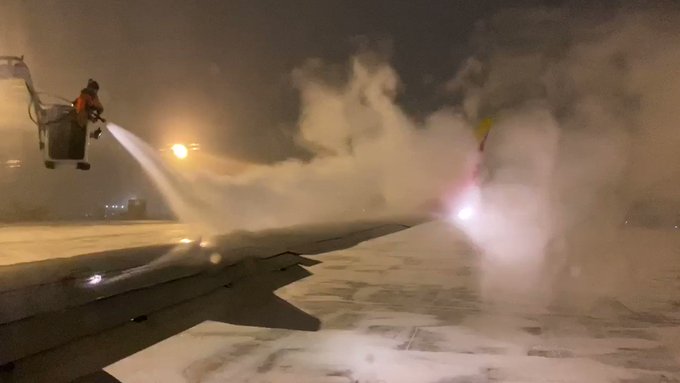 On Monday night, the snow will stretch from Arkansas through Indianapolis to Detroit, Buffalo and even northern New England, bringing a dangerous evening commute.The heaviest snow will hit the Great Lakes region and interior Northeast, where up to 1 foot of snow is expected. But in areas with the most persistent lake effect snow bands, 14 to 20 inches of snow is not out of the question.By Tuesday morning, the storm will reach the Northeast and the East Coast — and New Yorkers may get their first glimpse of snow this season.(MORE: 7 things to know before driving in the snow)Heavy rain will move from Atlanta through Raleigh, and that rain is forecast to change to a snowy mix in Washington, D.C., New York and Boston. However, the storm is fast-moving, so no snow accumulation is expected in those cities, but a brief blast of snow is possible.Behind the storm system is an arctic front that is set to bring a major cold blast.The coldest morning for the Midwest will be Tuesday. The wind chill, or what it feels like, is forecast to reach minus-5 degrees in Chicago, minus-2 degrees in Indianapolis, 7 degrees in Nashville and even 13 degrees in Dallas.

The coldest morning for the East Coast will be Wednesday. The wind chill is expected to reach 8 degrees in Boston, 15 degrees in Pittsburgh, 19 degrees in Atlanta and 23 degrees in Birmingham.

Click here for tips on how to stay safe in the cold.ABC News’ Mina Kaji and Cheryl Gendron contributed to this report.