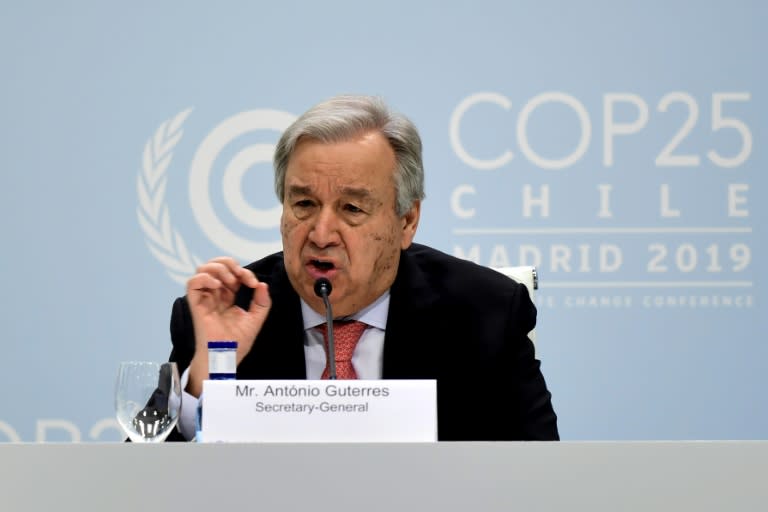 Key Point: Iran is working hard on its own program for robotics, drones, and artificial intelligence.

Recent Iranian ship interceptions highlight Iran’s military challenge and continue to drive a regional arms race. Whereas Gulf Cooperation Council states spend lavishly on high-end, off-the-shelf, U.S.-built platforms, decades of sanctions and post-revolutionary strategic decisions to be militarily self-sufficient has led Islamic Republic to focus more on its own indigenous industries. Direct comparisons of defense spending between Arab states and Iran is difficult. While a superficial reading of public statistics shows Saudi and Emirati spending far outstrips Iran’s as a proportion of GDP, it would be a mistake to take public Iranian statistics at face value. Still, post-revolutionary Iran has long embraced asymmetric strategies such as terrorism or perhaps nuclear technologies to counter enemies, both real or imagined.

This should not surprise. Historically, many Middle Eastern countries have approached technology with suspicion, but Iran has been the exception. In the early twentieth century, for example, Saudi clerics resisted first the introduction of the telegraph and then radio. Into the 1970s, some Saudi clerics complained that television was a plot dreamed up in the West to separate Muslim children from God (some savvy clerics subsequently embraced the medium to spread their radical Wahabi perspectives). The Iranian Shah Nasir al-Din (r. 1848-1896) sponsored his own telegraph line in Tehran just over a decade after Samuel Morse laid America’s first long distance line. Both the Iranian government and public readily embraced almost every new generational technology, despite Iran’s often repressive political atmosphere. (The Iranian historian Hussein Ardakani, unfortunately writing only in Persian, chronicled this embrace in his seminal History of the Institutions of a New Civilization in Iran).

The same dynamic has been true regarding the internet. Many Arab countries initially rejected or sought to suppress internet access as much for cultural reticence as politics, but within the Middle East, Iran and Israel stood in sharp contrast. In 1993, Iran became the second country in the Middle East after Israel to connect to the internet.

Boris Johnson dismissed criticism of him calling Islamophobia a ‘natural reaction’ by saying people want to ‘drag out bits and pieces of what I have said’
Bloomberg•November 30, 2019

U.K. Prime Minister Boris Johnson and opposition Labour leader Jeremy Corbyn agreed to pause their election activities in the capital after a man killed two people in a knife attack in the London Bridge area yesterday afternoon. Police shot dead the 28-year-old assailant, who’d been released from prison on parole a year ago after a 2012 terrorism conviction. The assault came as a hotly anticipated YouGov poll showed Johnson’s Conservatives are likely to win a comfortable majority in parliament in the Dec. 12 general election that will allow him to take the U.K. out of the European Union.  Elsewhere, the leaders of the world’s two biggest economies have been sparring again, with China warning it may retaliate against the U.S. after President Donald Trump signed bills backing Hong Kong’s protesters just as they’re close to reaching agreement on the first stage of a trade deal. Dig deeper into these and other topics and take a look at some of Bloomberg’s most compelling political photos from the past week.

The Big Question on Hong Kong: How Will China Hit Back at Trump?China is threatening to retaliate against the U.S. for supporting pro-democracy protesters in Hong Kong. But its failure to flesh out the details despite having weeks to prepare shows the difficulties Beijing faces in hitting the U.S. without also hurting its own economy.

Personal Income Booms in States With Decisive Role in 2020 RacePersonal income growth has been surging in some U.S. political battlegrounds, including a third of the counties in Pennsylvania, which Donald Trump narrowly won in 2016. Alex Tanzi and Wei Lu explain that Trump’s re-election campaign will appeal to those who are seeing the benefits of growth.

The world awoke to ominous news on September 22, 1980. Iraqi despot Saddam Hussein had launched a massive armored and air attack across the Iraq-Iran border. Believing that his Islamic fundamentalist neighbor to the east had been weakened by the ongoing revolutionary turmoil that in February 1979 had toppled the Shah, Hussein was confident that his forces would win a lightning victory and restore long-disputed territory to Iraqi control. Such a victory, not incidentally, would put Hussein at the forefront of a resurgent Middle Eastern pan-Arabism.

Among the causes of the war—the ruthless ambition of Saddam Hussein; ongoing disputes over control of the strategic Shatt al-Arab waterway, a shipping lane formed by the confluence of the Tigris and Euphrates Rivers that created the southern borders of both countries; the struggle for dominance in the Persian Gulf region—the overriding issue was a centuries-old dispute regarding sovereignty over oil-rich Khuzestan Province in southwestern Iran. Khuzestan was the ancient home of the empire of Elam, an independent, non-Semitic, non-Indo-European-speaking kingdom whose territory spanned almost all of present-day southwestern Iran. Khuzestan had been attacked and occupied many times by various Arab kingdoms of Mesopotamia, the precursors of modern-day Iraq.