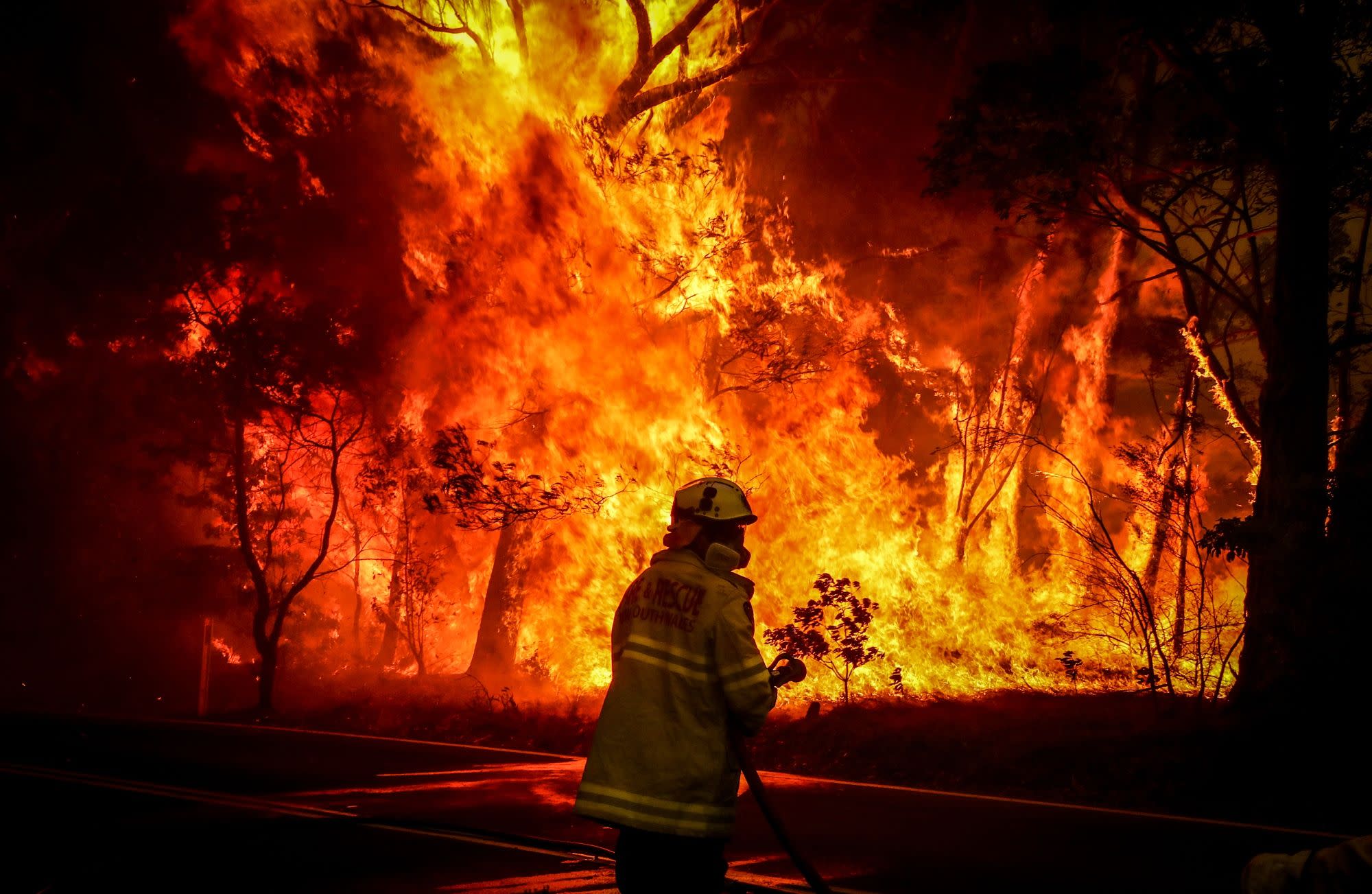 Sydney Faces ‘Catastrophic’ Fire Danger Amid Record Heat (Bloomberg) — Sydney faced “catastrophic” fire conditions on Saturday as a record heatwave exacerbated more than 100 blazes burning across Australia’s most populous state.New South Wales has declared a state of emergency amid the heatwave, which has produced the hottest day on record and fanned bushfires along Australia’s eastern coastline, smothering Sydney in smoke. Today’s catastrophic warning for greater Sydney, the highest level of danger, means fires can spread rapidly and are extremely difficult to control. It is the second such warning for the city this season.“Catastrophic fire danger is as bad as it gets,” New South Wales Rural Fire Service Commissioner Shane Fitzsimmons told reporters. There is concern that an expected southerly wind change will bring erratic fire conditions, he said.The crisis has caused road closures and authorities have urged motorists to avoid travel, disrupting holiday plans for Sydneysiders hoping to leave the city for a summer break. Prime Minister Scott Morrison cut short his vacation in Hawaii and apologized for taking leave while the wildfires ravage Australia, reflecting the political pressure building on his government that denies the blazes are linked to climate change. He is expected to land in Sydney later Saturday.In New South Wales alone, eight people have been killed, more than 6 million acres — an area the size of Massachusetts — have been burnt out and 800 houses destroyed since the fire season started unusually early this year. Fires are also raging in Victoria, Queensland and South Australia, where local media reported one person died in a fire zone today.On Wednesday, the average maximum temperature across Australia reached 41.9 degrees Celsius (107.4 degrees Fahrenheit), surpassing the record 40.9 Celsius set a day earlier, according to the weather bureau. On Thursday it reached 41 Celsius, meaning those three days were the three hottest ever recorded. While a temperature of 36 Celsius was forecast for Sydney today, the mercury soared into the 40s in some suburbs.To contact the reporter on this story: Matthew Brockett in Wellington at mbrockett1@bloomberg.netTo contact the editors responsible for this story: Matthew Brockett at mbrockett1@bloomberg.net, Edward Johnson, Michael S. ArnoldFor more articles like this, please visit us at bloomberg.com©2019 Bloomberg L.P.