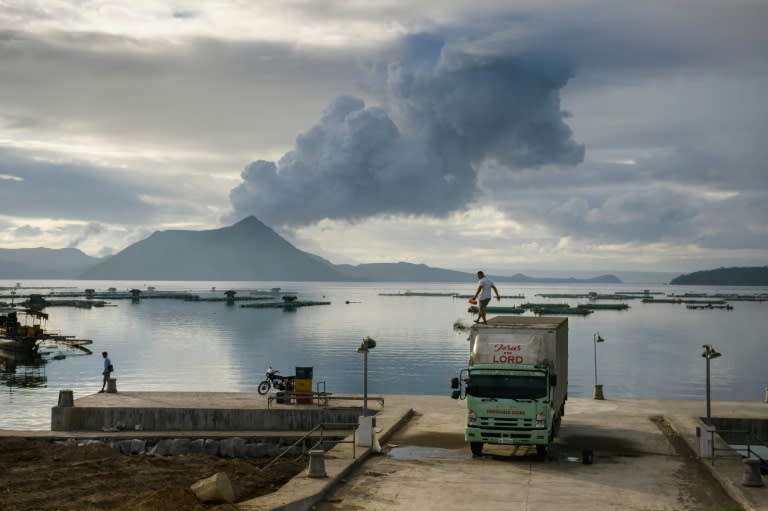 At least 135,000 people were evacuated after the Taal volcano in the Philippines burst to life two weeks ago (AFP Photo/Ed JONES)A major explosion of the Philippines’ restive Taal volcano no longer appears imminent, authorities said Sunday as they partially lifted a mass evacuation order but warned residents should still remain ready to flee.Warning signs like earthquakes have been steadily waning since Taal burst to life two weeks ago, prompting at least 135,000 people into evacuation centres over fears of a massive eruption.The nation’s seismological agency said steadily shrinking ash and gas emissions were signs of „decreased tendency towards hazardous explosive eruption”, leading them to drop the alert by a notch.The immediate impact of the reduced warning was provincial authorities lifting the evacuation order for nearly all the towns that ring the volcano, a tourist attraction that sits in the middle of a lake.”Residents of all towns under lockdown except Agoncillo and Laurel now have the option to return,” local governor Hermilando Mandanas told a press conference.”There’s a possibility that the volcano may still erupt and we should still be ready to evacuate in one hour.”The volcano shot ash 15 kilometres (nine miles) high and spewed lava in the January 12 eruption, which crushed scores of homes and killed livestock as well as crops.However, seismologists warned the volcano could imminently unleash a much bigger eruption, posing a deadly risk to anyone in a 14-kilometre radius „danger zone”.Taal, located just 60 kilometres from the capital Manila, is one of the most active volcanoes in a country where eruptions and earthquakes are a dangerous part of life.Its last eruption was in 1977, but it has a long history of activity. In 1965, a Taal eruption killed some 200 people.The most powerful volcanic explosion in the Philippines in recent years was the 1991 eruption of Mount Pinatubo, about 100 kilometres northwest of Manila, which killed more than 800 people
Heavy rains dampen fires in Australia’s Queensland state, cause flooding
Reuters•January 26, 2020

MELBOURNE, Jan 26 (Reuters) – Australia’s bushfire-stricken state of Queensland saw heavy rainfalls on Sunday dampening some of the fires that have razed 2.5 million hectares (1.2 million acres) of land since September, but the wet weather caused major flooding.

Some areas received a quarter of the annual average rainfall, according to Reuters’ calculations, with the state’s Bureau of Meteorology saying coastal areas experienced up to 160 millimetres (6.3 inches) of rain in the 24-hour period to 9 a.m. on Sunday.

„More rain expected over the coming days,” the bureau said on Twitter.

Several people were rescued from floodwaters and some bridges and causeways were closed, but no severe damage had been reported.

Recent rains across drought-hit Queensland, Victoria and New South Wales states have substantially dampened many of the hundreds of bushfires that have burnt an area nearly the size of Greece and killed 33 people and millions of animals since September. 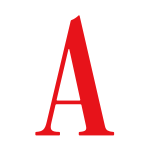 Since then, global temperatures have steadily increased and the continent has become drier, leading Yeo to worry about a Black Saturday redux. Climate change has long promised enormous, diffuse effects, although imagining how it will play out in our lives has always been difficult. The fires in Australia are a case study, an augur of what’s coming for everyone, not just of cataclysmic horror but also a grinding low-grade drag on daily life—the burden of having to constantly think about the peculiarities and consequences of the weather.

I met Claire Yeo, a fire meteorologist at Australia’s Bureau of Meteorology, more than 10 years ago when I covered the Black Saturday bushfires in Victoria, Australia’s southeastern mainland state. The February 2009 fires were the most destructive and deadly the country had seen—shocking even to Yeo. At the time, she thought those fires would be a defining—and singular—event in her career.Since then, global temperatures have steadily increased and the continent has become drier, leading Yeo to worry about a Black Saturday redux. Yet what she feared might be coming was nothing compared with the fires that have burned so much of Australia’s east coast over the past two months. The scale of destruction has been unprecedented. Worst of all, Yeo told me, the peak of the fire season in the Southeast is still to come. So it’s not over yet.Climate change has long promised enormous, diffuse effects, although imagining how it will play out in our lives has always been difficult. The fires in Australia are a case study, an augur of what’s coming for everyone, not just of cataclysmic horror but also a grinding low-grade drag on daily life—the burden of having to constantly think about the peculiarities and consequences of the weather.These fires have killed at least 29 people so far. Far more have lost homes and belongings, or experienced trauma that will take a long time to resolve. On New Year’s Eve, fires surrounded the seaside town of Mallacoota, Victoria, forcing thousands of trapped residents and tourists to take refuge on the beach or out on the water in small boats. They waited for hours as the smoke blotted out the sun and the fire got closer. Emergency-service workers told them that if they heard sirens, everyone must get in the water. Such terrible scenes have played out all over the state as fires have burned out of control.
In the bush, the fires have killed millions of animals. Rescue workers have recounted hearing koalas screaming in the trees. So many of the marsupials have died that scientists might classify them as endangered in certain regions of Australia. Ecologists are worried that 100 threatened animal species have been either critically endangered or effectively wiped out, as the fires have engulfed many national parks. Even the beaches are awash with thousands of bird carcasses; in Mallacoota, one local man counted 25 different species along a short stretch of shore.

Read: This is your life on climate change

In Australia’s eastern cities, smoke from the fires sent the air-pollution index off the charts, and people who are normally unaffected by rural events found themselves gasping on city streets. I live in Melbourne, the Victorian capital, and a city relatively far from the fires, and the smoke here was omnipresent and eerie. It obscured city buildings and settled in my local park like a fog.

During the Australian Open, held in Melbourne, the Slovenian tennis player Dalila Jakupović fell to the ground coughing and had to abandon her match. Other players have also needed medical relief, prompting climate scientists to call for the Open to move to a cooler season. This is a relatively small consequence given that people and animals are dying. Yet it is an example of the pervasive impact of climate change. Adjusting the global tennis calendar would affect athletes, fans, and tourism operators worldwide.

The Australian tourism and airline industries have already lost billions of dollars as overseas visitors canceled trips and pilots of commuter flights found they could not land because conditions were too dangerous. I flew into Sydney on one of the bad days, and the smell of smoke inside the plane, still hundreds of meters in the air, was so intense that the pilot made an announcement reassuring travelers that it came from the bushfires, not the aircraft.

Because of the fires, we in Australia have become more attuned to the weather—specifically, fire weather, the extremely high temperatures and hot, dry winds that can bring a disaster. Yeo told me that 10 years ago, no one but meteorologists knew much about pyrocumulus clouds, the apocalyptic-looking clouds that occur when an enormous fire generates its own convection column. Now journalists ask her questions about them, and people mention them on social media.

Read: How long will Australia be livable?

Yeo told me she had nightmares for a long time after the Black Saturday fires, and not many people really understand the pressures of trying to predict this type of weather in real time, as the bush is burning. Her work has the potential to save towns and moms and children and koalas and endangered species and entire ecosystems.

Yeo and her colleagues knew this fire season had the potential to be disastrous: Drought affected a huge area of the east coast, and dry lightning was pervasive. Her data showed it, but she told me that it’s human nature to hope a calamity like these megafires won’t happen. Now there’s no denying these weather extremes will only continue; we’ve crossed a line from talking about climate change to living in it.

Last night in Melbourne, the sky was unrecognizably red and heavy, and this morning when I walked out the door, brown dust from hundreds of miles away covered the steps and the cars and the road.

We want to hear what you think about this article. Submit a letter to the editor or write to letters@theatlantic.com.

CHRISTINE KENNEALLY is a writer based in Australia. She is the author of The Invisible History of the Human Race: How DNA and History Shape Our Identities and Our Futures.

A member of the Grenfell Tower inquiry has resigned after she was linked to the firm which supplied the tower block’s deadly cladding.

Benita Mehra was appointed shortly before Christmas for the second phase of the inquiry, which is due to begin this year. But it was later disclosed that Ms Mehra is an immediate past president of the Women’s Engineering Society (WES) which, according to the society’s website, last year received funding from Arconic for an apprentice conference.

Arconic supplied the cladding on the outside of the west London tower block, which went up in flames on June 14 2017, claiming 72 lives. A report following the first phase of the inquiry concluded in October last year that the cladding did not comply with building regulations and was the „principal” reason for the fire’s rapid and „profoundly shocking” spread.

Ms Mehra tendered her resignation to Boris Johnson, saying she recognised and respected the „depth of feeling” among some about her appointment.

Mr Johnson thanked Ms Mehra for her commitment and said he was „grateful for her sensitivity to the work of the inquiry”.

Her resignation was welcomed by the bereaved families and survivors group Grenfell United – which had raised concerns about the link with the Arconic Foundation.

They said Ms Mehra had „done the dignified thing by resigning”, but said the Government „should never have put families in this situation”.

In a letter to the Prime Minister, Ms Mehra said: „As you know, I had hoped to draw on my experience and knowledge of the construction industry, of community engagement and of governance within housing management to contribute to the vital work of the inquiry in discovering how and why the devastating fire at Grenfell Tower happened.

„However, it is apparent that my former role as President of the Women’s Engineering Society (WES), which in 2017 accepted a charitable donation from the Arconic Charitable Foundation to support the mentoring of women engineers, has caused serious concern to a number of the bereaved, survivors and resident Core Participants.”

She said her role at the WES was unpaid and the grant from Arconic was ringfenced to fund the mentoring scheme.

„For these reasons, I did not link any aspect of my former role as President of the WES to my panel member role for the Grenfell Tower inquiry. In hindsight, this was a regrettable oversight on my part.

„I am confident that had I continued in my role at the inquiry I would have approached my work with complete independence and impartiality at all times. However, I recognise and respect the depth of feeling among some Core Participants about my appointment.”

Mr Johnson said: „As the inquiry’s phase 2 hearings begin, we remain completely committed to getting to the truth of what happened, learning lessons and delivering justice for the victims.”

Sadiq Khan, the Mayor of London, said: „This appointment should never have been made in the first place. The Grenfell inquiry must have the relevant expertise as well as the confidence of the community, survivors and the bereaved, so they can get the justice they deserve.”