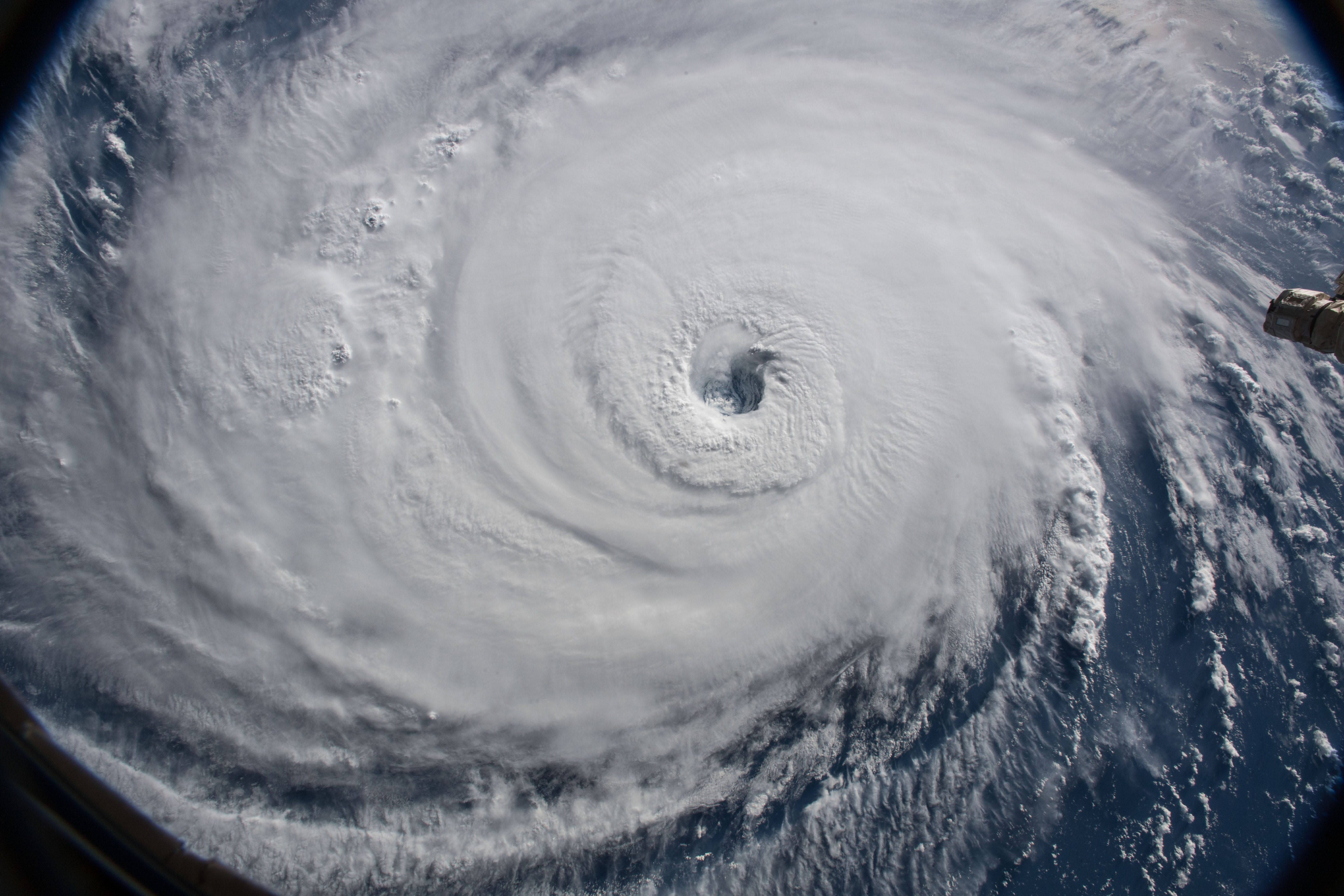 Emergency managers pleaded with willful Floridians in 2016 to flee as Hurricane Matthew hurtled toward the east coast with one infamous entreaty querying the supply of body bags to motivate stalwarts.If a hurricane threatens this season, some evacuation requests may be replaced by stay-at-home orders as officials struggle to minimize the spread of coronavirus.Florida Division of Emergency Management Director Jared Moskowitz said he will have a plan this month that outlines guidance for counties on how they may want to handle storms differently to contain infections.Details could include requiring people in hurricane-fortified homes to stay put through a storm.

“If you have a Cat 1 or Cat 2 storm and your house was built after Hurricane Andrew, maybe we issue you a stay-at-home order rather than an evacuation order,” Moskowitz said during an April task force call about reopening the state. “Do we change the concept of evacuating at all?”

Using hotels as an option for shelters instead of schools

With hurricane season beginning June 1, emergency managers are considering how they will juggle a tropical cyclone while avoiding a crush of people in shelters, crowded onto evacuation buses and in need of aid – already stretched thin – after a storm.

Some options Moskowitz noted could include using FEMA’s transitional sheltering assistance program before a storm makes landfall to put people in hotels instead of opening schools where it could be difficult to maintain social distancing. The hotels may be eager for the business early in the hurricane season as the state wakes from its coronavirus coma, Moskowitz said.

Hurricane season 2020: The cone isn’t shrinking this year; what that means for forecasting

With an expected lack of volunteers coming from other states, Moskowitz suggested paying out-of-work Floridians to fill the void after a storm.

Hiring ride-share companies like Uber and Lyft to ferry people out of harm’s way instead of loading them onto mass transportation, and issuing gas cards to residents suffering pandemic-triggered unemployment are also being considered.

“We might reach out to Uber and say we want to evacuate people car by car rather than putting them in a bus on top of each other,” Moskowitz said.

If power goes out, it may take longer to come back on

At the same time, Florida Power & Light is warning customers it may take extra time to restore electricity with the possibility of limited help from outside resources and the added precautions of social distancing.

Eric Silagy, president and CEO of FPL, said during the April call that housing for utility workers may be a challenge, especially if they are competing with evacuees for hotel rooms.

“Should a storm make landfall in our service area, we will be asking our customers for patience during these extraordinary circumstances,” said FPL spokesman Bill Orlove. “There is the possibility that customers will be out of power for an extended period of time should a storm affect us this season.”

Moskowitz’s hurricane proposals likely will be divided by early-season cyclones, which are typically weaker systems that would coincide with the stirrings of businesses reopening, versus those that grow during the tropically-fertile months of August through October.

“As we get into August, maybe hotel rooms aren’t the strategy and we go back to mass shelters,” he said. “If you start getting to August and September and you are looking at a Cat 3 or 4, then the stay-at-home order isn’t going to be as effective.”

In early summer, most storms form in the Caribbean Sea and Gulf of Mexico as the atmosphere starts its seasonal wind-up. By August, the mid-level African Easterly Jet is beginning to spin waves off the continent like pinwheels that can ultimately form the strongest hurricanes.

Hurricane Dennis made landfall southeast of Pensacola as a Category 3 storm July 10, 2005.

Five Category 2 hurricanes have hit the U.S. during June or July, including an unnamed 1926 storm that struck south of Daytona Beach on June 28.

The National Hurricane Center emphasizes that wind speed doesn’t always correlate with a storm’s danger. Massive Hurricane Florence in 2018 was a Category 1 when it made landfall near Wrightsville Beach, N.C. Still, water roared 100 miles up the Neuse River, piling 11 feet of storm surge into the historic city of New Bern, N.C.

In Florida, evacuation zones are based largely on storm surge, not wind speed.

Colorado State University researcher Phil Klotzbach said early-season activity is the hardest to predict, but there are signs a flare-up is possible.

More: Florida hurricane records: Breaking down the deadliest, costliest and most intense

“Sea surface temperatures are often the limiting factor in formation of early-season tropical storms,” said Jeff Masters, Weather Underground co-founder and a meteorologist for Scientific American. “I expect that the warmer-than-average ocean temperatures currently being observed across the typical formation region for early-season storms — the Gulf of Mexico, Western Caribbean and waters surrounding the Bahamas — will increase the odds of an early-season storm this year.”

Storm-disrupting wind shear also is forecast to be low for June and July, bolstering the possibility for early storms, Masters said.

If mass shelters must be opened, evacuees may have their temperatures taken or undergo rapid coronavirus testing at the door. Moskowitz said the state is already working with Abbott Labs and others to get additional tests for shelters.

“Currently, unless you are medically unstable, it’s come one, come all to the shelters, which are there to save lives from storm surge, bottom line,” said Palm Beach County Emergency Management Director Bill Johnson. “I’m not sure how pragmatic it will be to have separate Covid shelters.”

Johnson said people may be asked to go to segregated areas in a shelter if they have a fever or aren’t feeling well. Also, Palm Beach County shelters give each person 20-square-feet of space, but that could shrink to allow for more social distancing.

“My biggest fear is that people who should evacuate won’t evacuate because they think there aren’t safe options,” Johnson said.

Then there are the so-called “shadow evacuees” — people who leave even though they are not in an evacuation zone. During 2017′s Hurricane Irma, it’s estimated as many as 3 million of the 7 million who evacuated didn’t need to do so, clogging traffic arteries and piling cars up at the state line.

Johnson will not change evacuation zones because of coronavirus, but hopes people will understand the nuances of evacuating and evaluate their circumstances before doing so. If they aren’t in an evacuation zone and can survive without electricity, they should consider staying.

“I don’t believe evacuation is an innocuous activity,” Johnson said.

A magnitude 5.4 earthquake jolted some out of bed in Puerto Rico on Saturday morning. A series of less powerful shocks followed ranging from magnitudes 4.9 to 2.6 in the area.

The initial quake was recorded at 7:13 a.m. EDT, 6.8 miles south-southeast of Tallaboa, a small community in the south of the island, the USGS reported. The earthquake caused extensive damage to buildings on the island, including a museum and other historical buildings in Ponce, Puerto Rico.

People took to social media to share videos and images of damage left behind from the big quake. Pictures show a second-story balcony crashed onto the street in the city of Ponce.

There were also reports of a landslide after a video was uploaded to Twitter showing clouds of dust as rocks were falling near a road. 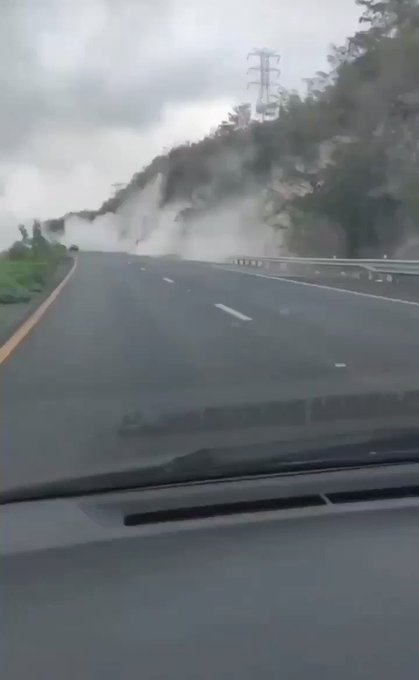 329 people are talking about this

Saturday’s quake hit towns just off the coast including Guánica and Guayanilla, where the deadly Jan. 7 earthquake resulted in hundreds of destroyed homes and caused millions of dollars in damage.

Some people still remain in shelters from the previous quakes earlier this year.

As residents pick up the pieces after this earthquake they may face less-than-ideal weather if recovery spans into the upcoming week.

„Into early next week, it is likely for there to be a few showers or a thunderstorm in the area each day. Temperatures during this time are expected to be in the upper 80s with dew points in the lower 70s making it humid. These conditions are near normal for this time of year,” Travis said.

Saturday was an active earthquake day around the world. Earthquakes also jolted parts of Greece, the Dominican Republic and Oklahoma.