Trump flails in interview with Wallace, citing false and nonexistent data on COVID-19 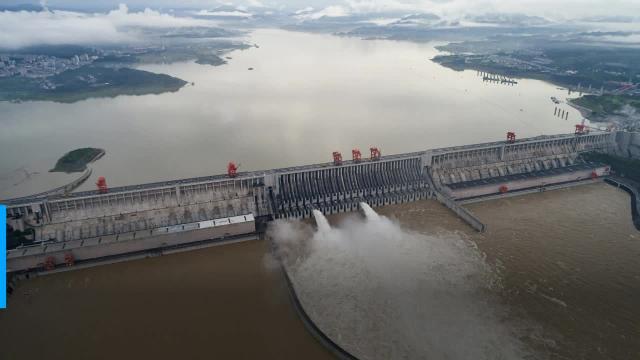 Scroll back up to restore default view. In an interview with Fox News’s Chris Wallace that aired Sunday, President Trump defended his handling of the coronavirus pandemic — with incorrect data that had to be corrected by Wallace — and insisted that Joe Biden wants to defund the police, which Wallace disputed. The White House was unable to provide any evidence for the claim.Trump continued his long effort to minimize the risk from COVID-19, insisting “I’ll be right eventually” that the coronavirus will disappear on its own, an assertion he first made on Jan. 22 when he said, “We have it under control. It’s going to be just fine.”“I’ll be right eventually. I will be right eventually. You know I said, ‘It’s going to disappear.’ I’ll say it again,” Trump declared to Wallace.More than 140,000 Americans have died of COVID-19, as the national death rate has ticked up to almost 1,000 a day. Many states had their deadliest seven-day stretches over the last week. Trump and his allies have pointed to increased testing for the spike in cases, but in many areas the positivity rate is much higher than it is in most other countries.Wallace, considered the most independent-minded Fox News anchor, did his best to hold Trump accountable during the interview, which was conducted late last week on the White House grounds outside the Oval Office. But it was a largely futile effort, as Trump deflected uncomfortable questions about COVID-19 by returning to his favorite statistic, about how the U.S. has “the best testing in the world.” “But, sir, testing is up 37 percent,” Wallace said.“Well, that’s good,” Trump responded.Wallace: “I understand. Cases are up 194 percent. It isn’t just that testing has gone up, it’s that the virus has spread. The positivity rate has increased.”

At that juncture, Trump resorted to claiming that the coronavirus isn’t actually all that bad: “Many of those cases are young people that would heal in a day. They have the sniffles and we put it down as a test. Many of them — don’t forget, I guess it’s like 99.7 percent, people are going to get better and in many cases they’re going to get better very quickly.” Centers for Disease Control and Prevention Director Dr. Robert Redfield said last week, “I do think this fall and winter of 2020, 2021, are probably going to be one of the most difficult times that we’ve experienced in American public health.”

To support his dismissal of scientific expertise on the pandemic, he cited misleading speculation, early in the pandemic, that it might disappear in the summer.

The first prominent person to make that claim was Trump himself, back in February, when he said, “Looks like by April, you know, in theory, when it gets a little warmer, it miraculously goes away.”

On Saturday, the Washington Post reported that the White House was attempting to block money for states that would fund testing and contact-tracing in the upcoming stimulus bill being negotiated in Congress. The administration is also trying to block funding for the CDC, Pentagon and State Department that would go to combatting the virus.

Trump said he had a “very good relationship” with Dr. Anthony Fauci but added, “He’s a little bit of an alarmist.” Trump also said Fauci had been wrong early in the fight.

The interview comes as Trump has fallen behind Biden by double-digits in a number of polls, both nationally and in some swing states.

On Friday, Fox News aired a preview of the internet ad in which Trump claims Joe Biden supported eliminating police in the United States. Trump was referring to a set of policy proposals jointly suggested by allies of Biden and those of Sen. Bernie Sanders, the primary’s runner-up, which did not address defunding the police, let alone abolishing them.

“It says nothing about defunding the police,” Wallace pointed out.

Trump pounced, believing he had caught Wallace in a mistake.

“Chris, you’ve got to start studying for these.”

He called for one of his aides to give him a copy of the “charter” that lays out a platform signed by Biden and his former rival Sen. Bernie Sanders, and began paging through it, looking for the reference to defunding the police. He couldn’t find it, Wallace reported in a subsequent voiceover, adding:  “The White House never sent us evidence the Bernie-Biden platform calls for defunding or abolishing police — because there is none.  It calls for increased funding for police departments — that meet certain standards. Biden has called for redirecting some police funding for related programs — like mental health counseling.”

Later Friday, Trump appeared to attempt damage control, tweeting, “Corrupt Joe Biden wants to defund our police. He may use different words, but when you look at his pact with Crazy Bernie, and other things, that’s what he wants to do. It would destroy America!”

Trump leaned in to one of his leading campaign themes, that “leftists” are trying to destroy the country. Wallace braced him on it:

“You said our children are taught in school to hate our country. Where do you see that?”

TRUMP: “I just look at — I look at school. I watch, I read, look at the stuff. Now they want to change — 1492, Columbus discovered America. You know, we grew up, you grew up, we all did, that’s what we learned. Now they want to make it the 1619 Project. Where did that come from? What does it represent? I don’t even know, so.”

When asked about renaming military bases named after Confederate officers, a move supported by many in the military, Trump said, “I don’t care what the military says.”

The interview touched on Trump’s claims about his own energy and mental acuity, which he often contrasts with Biden’s.

When Wallace asked Trump if he believed Biden was senile, Trump said, “I don’t want to say that” but then claimed, “Joe doesn’t know he’s alive, OK? He doesn’t know he’s alive. Do the American people want that?” When Wallace referenced a new poll that showed voters believed Biden was more competent, Trump again referenced a cognitive test he’s recently been bragging about acing.

“Incidentally, I took the test too when I heard that you passed it,” Wallace replied.

“Yeah, how did you do?” inquired Trump.

“It’s not — well it’s not the hardest test,” said Wallace. “They have a picture and it says, ‘What’s that?’ and it’s an elephant.”

“No no no,” said Trump. “You see, that’s all misrepresentation.”

“Well, that’s what it was on the web,” said Wallace.

Near the conclusion of the interview, Trump declined to say he’d accept November’s election results.