A brush fire, dubbed the Lake Fire, erupted in Lake Hughes, an unincorporated area of Los Angeles County north of Santa Clarita Wednesday afternoon. Plumes from the blaze could be seen throughout Ventura County.

A fast-moving Southern California wildfire forced evacuation orders for about 100 homes and other buildings in northern Los Angeles County on Wednesday.

The blaze, dubbed the Lake Fire, had grown to about 10,000 acres as of 8 p.m. PDT between Lake Hughes and Lake Castaic in the Angeles National Forest, about 65 miles northeast of Los Angeles. No injuries had been reported.

The fire broke out around 3:40 p.m. and spread throughout the unincorporated area of the county, according to fire officials. The entire Lake Hughes area was ordered to evacuate by Wednesday night. 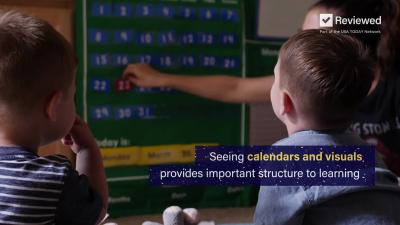 The fire was feeding on chaparral and other brush, some of which hadn’t burned since 1968, but the flames were moving into heavier forest on top of ridges, county Fire Chief Eric Garcia said.

Plumes of smoke could be seen from dozens of miles away as the fire burned in steep terrain with difficult access for firefighters.

About 500 firefighters from several departments and 15 helicopters and air tankers were battling the blaze and more firefighters were arriving, Garcia said.

The area was expected to see temperatures in the mid-90s or higher through the weekend, with low humidity, but winds remained light.

A wildfire that started between Hood River and The Dalles in Oregon’s Columbia River Gorge also prompted evacuations on Wednesday. The Oregon Department of Forestry said the blaze had grown to 200 acres as of 8:15 p.m. after starting while crews were mopping up another fire in the same area.

By Rich McKay(Reuters) – Tropical Storm Josephine formed in the Atlantic Ocean on Thursday, hitting the earliest benchmark of a J-named storm on record, another sign the Atlantic hurricane season is more active than usual, forecasters said.”It’s the earliest 10th named storm on record. It means we’re in a busy time ahead,” said Daniel Brown, a hurricane specialist with the National Hurricane Center.”Typically we’d have just three named storms at this time of year,” Brown said. „This is a lot.”The U.S. National Oceanic and Atmospheric Administration (NOAA) on Aug. 6 increased its prediction for the number of tropical storms expected this year to as many as 25, the highest in the agency’s history, forecasters said.By the end of the season on Nov. 30, NOAA predicts there will have been between seven and 11 hurricanes, of which six will be major, packing winds of 111 miles per hour (178 kph).The 2020 Atlantic hurricane season, which began on June 1, has already produced two hurricanes, including Isaias that lashed the North American Atlantic coast in early August and Hanna that hit the southeast Texas coast in July.It was unclear if Josephine, packing maximum sustained winds of 45 mph (75 kph), would hit the U.S. coast. It was located about 865 miles (1,395 km) east southeast of the Northern Leeward Islands at 5 p.m., the Miami-based forecaster said.Its topical force winds extended about 80 miles outward of its center. It could at least peak at 60 mph winds late Friday or into early Saturday, before weakening.Previously, the earliest record-breaking J-named storm was Jose, which formed 9 days later in the season, on Aug. 22, 2005.”Normally, we wouldn’t see a 10th (named storm) until October,” Brown said. „We haven’t even hit the peak (of the season) yet.”(Reporting by Rich McKay in Atlanta; editing by Bill Tarrant and David Gregorio)

GAINESVILLE, FL / ACCESSWIRE / August 13, 2020 / Major hurricanes are the costliest natural weather disasters. Recently, major hurricanes have incurred over $100 billion in damages. How has human influence affected these remarkable costs? here is evidence that the unnatural influence of human-driven climate change is making hurricanes stronger and more destructive than ever before.

Hurricanes form from the massive amount of energy derived from water evaporating from warm ocean water. These storms suck heat from tropical waters. Warm ocean air rises, causing air to rush in below. In the clouds overhead, water condenses, water droplets form, releasing even more heat to power the storm.

„The latest research reveals that these upward trends are likely to continue climbing as long as the climate continues warming,” warns Dr. David Hastings. „Hurricanes are caused by small atmospheric disturbances in warm tropical oceans. If the water is warm enough, over 80F, and atmospheric conditions are just right with steady winds, adequate moisture and little or no wind shear, a tropical storm is born – and can grow in strength. Once winds rise to over 74 mph, we call the storm a hurricane.”

Studies consistently agree that there is no clear trend in the number of hurricanes recorded globally. „You would think that as water temperatures continue to rise due to global warming, the conditions required for hurricanes to form would become more favorable and therefore cause more of them to form,” says Dr. David Hastings. „But computer models of the ocean-atmosphere system embraced and validated by scientific community reveal that storm intensity will increase while frequency decreases or holds steady.”

A study done in 2013 found substantial regional and global increases in category 4 and 5 hurricanes – the strongest levels on the Saffir-Simpson scale. The study concluded that the proportion of category 4-5 hurricanes increased 25-30% per degree (C) of human-induced global warming.

„Even more alarming are the model predictions that hurricanes will routinely reach wind speeds well above those defined as category 5 hurricanes,” says Dr. David Hastings. The model used in the study, HiFLOR, is one of the most advanced climate models in the world and it is used to make predictions about how current climate conditions will affect weather patterns well into the future.

„Based on these model predictions, we’re going to have to create a sixth category to describe hurricane strengths within the next 20-50 years,” says Dr. David Hastings.

David Hastings is a chemical oceanographer and marine geochemist and a retired marine science and chemistry professor from Eckerd College. After studying chemistry at Princeton University, Dr. Hastings pursued his Ph.D. in chemical oceanography at the University of Washington. Dr. Hastings believes that it is imperative for scientists to engage actively in policy conversations concerning climate change with both the public and elected officials in order to effect meaningful change.

The storm, which is the 10th named storm of the 2020 Atlantic hurricane season, has maximum sustained winds of 45 mph.

Josephine shattered the early-season formation record for the J-named storm in the basin: The previous record belonged to Jose, which developed on Aug. 22, 2005.

In an average hurricane season, the 10th named storm doesn’t form until Oct. 19.

As of the 5 p.m. ET advisory from the National Hurricane Center, Josephine was about 865 miles east-southeast of the northern Leeward Islands and traveling west-northwest at 16 mph.

No coastal watches or warnings were in effect.

Josephine is riding the underbelly of the Bermuda High. Once it reaches a weakness in the counterclockwise swirl that typically lives between Bermuda and the Azores, it will take a more northerly heading.

AccuWeather hurricane expert Dan Kottlowski said that „we expect this system to move on a curved path to the west-northwest and then to the northwest in the coming days.”

This projected path could take Josephine relatively close to the Leeward Islands in the northeastern part of the Caribbean this weekend.

Even if the center of the storm stays over the open water, the system could pass close enough to bring heavy rain and strong winds to parts of the Leeward Islands.

The storm is not forecast to strengthen into a hurricane, forecasters said, and may actually dissipate within the next five days.

So far this year, Cristobal, Danielle, Edouard, Fay, Gonzalo, Hanna and Isaias have also set records for being the earliest named Atlantic storms of their respective place in the alphabet. Only Hanna and Isaias this year have developed into hurricanes.

On the heels of Isaias, forecasters say 10 more hurricanes are likely this season

With 9 storms so far this hurricane season, what happens if we run out of names?