Flooding, landslides plague Vietnam as Tropical Storm Saudel makes landfall in the Philippines   by Maura Kelly,AccuWeather•October 19, 2020 Parts of Vietnam are still reeling from an onslaught of tropical systems in recent weeks that have worsened ongoing flooding in the country. Now, AccuWeather meteorologists say another storm may target the country after bringing flooding rainfall and gusty winds to the Philippines.At least 102 people have been killed in total by the recent flooding and landslides, while more than 90,000 have been forced to evacuate their homes, The Guardian reports.On Sunday, rescue operations were underway as multiple landslides buried a military barracks in Vietnam’s central province of Quang Tri, according to the BBC. At least 11 bodies have been recovered so far.Search and rescue efforts were even paused for a time on Sunday as heavy rain returned to the area and increased the risk for additional landslides.

USA TODAY•October 20, 2020How to prepare for hurricane season 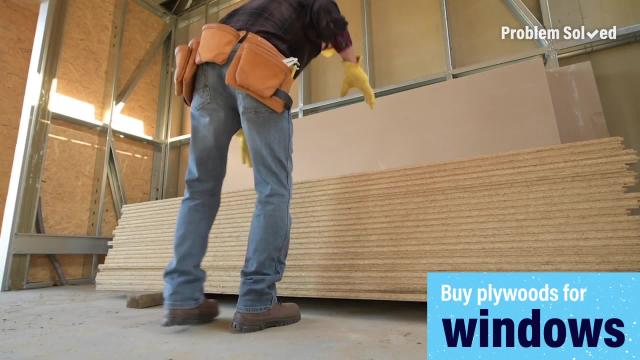 Tropical Storm Epsilon, now spinning hundreds of miles out in the Atlantic Ocean, could be at or near hurricane strength when it approaches Bermuda by Thursday and Friday.

Although it’s still too early to tell what the storm’s track and intensity will be once it’s near the tiny island nation, the National Hurricane Center said there is a risk of direct impacts from wind, rainfall and storm surge.

A tropical storm watch was issued for Bermuda on Tuesday morning as the storm turned slowly northwestward over the central Atlantic, the Hurricane Center said.

Gale or tropical storm winds could begin late Wednesday night into Thursday, the Bermuda Weather Service said, according to the Royal Gazette newspaper.

Bermuda Weather Service forecaster James Dodgson said winds are expected to be strong to gale or tropical storm force later on Thursday, particularly across the marine area and in exposed parts of the island, the Gazette said.

The storm had maximum sustained winds of 60 mph by mid-afternoon Tuesday but additional strengthening is expected.

Epsilon is the 26th named storm of the extremely active 2020 Atlantic hurricane season. This year’s hurricane season has had so many storms that the Hurricane Center has turned to the Greek alphabet for storm names after running out of official names.

It’s only the second time in recorded history that the Atlantic Basin has spawned a tropical storm named Epsilon, AccuWeather said.

Another area to watch is in the southwestern Caribbean, where weather models have been trying to figure out if an organized area of low pressure could form this week. The Hurricane Center, however, is giving it a mere 10% chance of development within the next five days.

Regardless of development, the disturbance could still bring locally heavy rainfall to portions of central and western Cuba, Jamaica, the Cayman Islands and the Yucatan peninsula through midweek.

The next name on the storm list is Zeta.

Over the last few months, the Louisiana coast has endured catastrophic damage from back-to-back hurricanes, first Laura and then more recently Delta. A path of widespread devastation was left in communities across the state, including Cameron Parish, which sustained a direct hit from both hurricanes. Remarkably, nobody was killed in Cameron Parish, but dozens of deceased family members are now missing.

The powerful storm surge associated with Laura and Delta was strong enough to cause the water to move massive granite and marble slabs in cemeteries in the hard-hit state. Vaults that held caskets in place ended up popping up „like corks,” according to AccuWeather National Reporter Jonathan Petramala, who recently visited Cameron Parish and reported on the grim problem.

Scott Trahan knows of at least two of his family members missing from their resting places. „Now they found Uncle DD, but I don’t think they found Aunt Rose’s casket yet,” he told Petramala.

The Louisiana Cemetery Task Force has asked for family members to help report and identify missing remains and damaged gravestones.

„These vaults are huge air pockets, ultimately, and that air just wants out,” said Ryan Seidemann of the Louisiana Cemetery Task Force, explaining to Petramala how water can easily displace remains.

Since Hurricane Laura devastated the coast in late August after making landfall as a Category 4 storm, the Louisiana Cemetery Task Force has been working hard to identify the damage to graves and missing remains. Delta added to the destruction when it crashed onshore as a Category 2 storm on Oct. 9. Once damage or remains are identified, the task force is able to apply for money from FEMA to help cover the costs of grave repairs and reburial.

To date, more than 2,000 graves around Louisiana have been identified as suffering some degree of damage after the storms. The extent of the damage ranges from just a simple headstone resetting, to tasks that will cost a lot more time and money.

Seidemann, who has been dealing with cemetery disaster response in the area for more than 10 years, said this is the largest such event he’s ever dealt with.

Finding the remains of a body is just the beginning of what can be an arduous task that involves trying to identify who the remains belong to are and where those deceased people were buried, he said. The task becomes even more difficult when burial records aren’t readily and DNA data from the remains is no longer viable.

With all of those hurdles, the task force has recovered the remains of about only 50 bodies. At least 170 caskets are believed to be displaced, according to Trahan.

Caskets „can travel for miles so we could end up looking for a casket from one cemetery, and it could end up being 5 miles north of here,” Christine Halling of the Louisiana Cemetery Task Force told Petramala.

The task force is calling on families to provide critical information to help in the identification process.”Those positive IDs really depend on the family and having contact information or having a map and having some extra details about what casket they were buried in,” said Halling.The task force warns that the process will take years to complete, but generations are relying on their work so family members can be laid to rest again.Reporting by Jonathan Petramala.Keep checking back on AccuWeather.com and stay tuned to the AccuWeather Network on DirecTV, Frontier and Verizon Fios.

A NASA spacecraft descended to an asteroid on Tuesday and momentarily touched the surface to collect cosmic rubble for return to Earth.