Even as images of 9/11 recede into annual memorials and distant memories, the attacks can still have an impact on the everyday rhythms of city life. It can be especially poignant for the newest generation of adults. 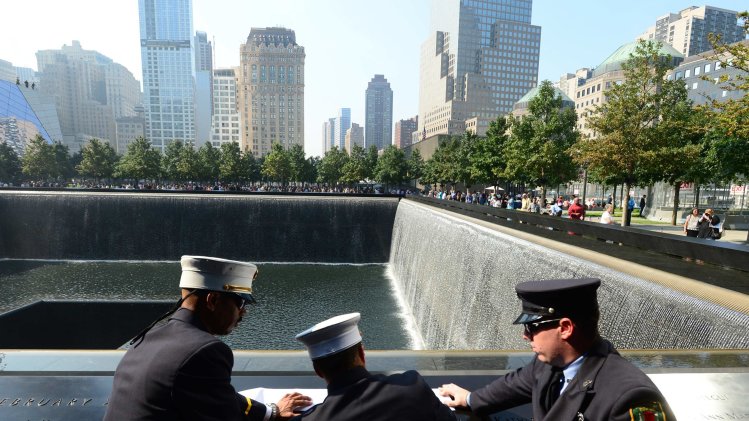 Harry Bruinius 41 minutes ago A few days before this year’s 9/11 anniversary, Sarah Sarway and a group of her friends were sitting on the grass near the Edge, a new 30-story luxury condo building on the waterfront in Williamsburg, Brooklyn. It’s part of a complex of gleaming glass high-rises sometimes referred to as New York’s nascent fifth skyline.As they were talking, a single-engine seaplane swooped down and approached a patch of water to make a landing in front of them.“We all looked at each other, and our faces went white,” says Ms. Sarway, an administrative assistant in her early 20s who works for a nutritionist in Brooklyn. “As it was getting lower and lower, we all just started staring at each other, and said, ‘What’s going on here?’ ”RECOMMENDED: Quiz: How much do you know about terrorism?It was a surreal moment for the group, a collection of four New York-reared college seniors and job-seeking grads, most of whom were in fourth or fifth grade at the time of the attacks.“Afterwards we were talking about how it’s so weird that we live in a world where that can be such a scary thing,” Sarway continues. “That just to see an airplane – clearly landing in the water, it wasn’t going to hit any building – but the fact that any of us even for a second felt scared was very unusual, a very weird feeling.”These four individuals, just now beginning their adult lives in New York, the city in which they grew up, could be emblematic of a key aspect of this year’s 9/11 anniversary: Twelve years later, a number of significant new beginnings are coming about in the city.View gallery.” 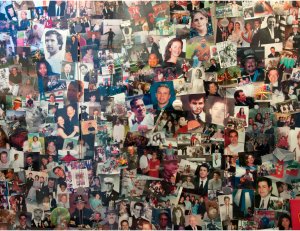 World Trade Center TributeI visited the WTC Tribute Center in New York – an incredibly moving place, …Some are just now taking shape, like another set of gleaming glass high-rises at the World Trade Center, just across the harbor. In May, workers finally capped One World Trade with a 408-foot, 758-ton spire that will bring America’s tallest building to its symbolic height of 1,776 feet. For the first time, the basic contours of New York’s renewed iconic skyline are a part of the ground zero memorials.And New York Mayor Michael Bloomberg, elected in the immediate aftermath of the 9/11 attacks, will pass the torch to a new mayor at the end of the year. Over his 12-year tenure at the city’s helm, Mr. Bloomberg presided over the addition of about 40,000 buildings, even during a recession and mortgage crisis. This includes 170,000 new housing units, the most of any city over the past decade.Yet as this transformed landscape rises, and as images of the twin towers and its smoldering wreckage recede into annual memorials and distant memories, the attacks can still have an impact on the everyday rhythms of city life. It can be especially poignant for the newest generation of adults who were still preteens at the time, just beginning to form their understanding of the world.“My friends and I, days and years after, after the smoke cleared, and we would say to each other, that day made a hole,” says Anoopa Singh, a recent college grad now preparing to begin a graduate degree in neuroscience. “And we didn’t just mean in the skyline. There was a hole in all of us: There was like an innocence that was missing, there were buildings missing, there was iconography missing.”While a compressed job market, the aftermath of superstorm Sandy, and stirrings of yet another war in the Middle East may be more pressing for those just beginning to feel the pressures of adulthood, lingering memories of that day continue to shape their basic values and fears, from the political to the spiritual.“It’s very much a part of my memories, because every time there’s a very nice day, I feel, this is just like the weather on 9/11 was,” says Eli Reiter, a young paid worker for the Eliot Spitzer campaign this summer. “The last couple of weeks we’ve had some very nice days, and I always say, ‘This is 9/11 weather.’ ”“In a way, it’s like, it’s all the fear that this clear blue day will suddenly be ruptured, and mad [stuff] will happen, because it’s so nice,” continues Mr. Reiter, who studies history at Hunter College in Manhattan. “It’s the calm before the storm, so to speak.”View gallery.”

Smoke spews from a tower of the World Trade Center September 11, 2001 after two hijacked airplanes h …This general sense of unease is far from debilitating, however, and most of the dozen students, graduates, and young workers interviewed described these unexpected moments of sudden fear to be momentary rather than enduring. Yet some say their basic political outlook continues to be shaped by that day 12 years ago, and they instinctively filter current events and issues through their experiences.“For lack of a better word, I became aware of spying,” says Denise Morinigo, a pre-med student finishing her degree in anthropology and biology at Hunter College this year. “My parents are both immigrants [from Paraguay], so for them it was just like … immigrants are going to be blamed for this.”Growing up in Forest Hills, Queens, in a section with a number of families from Guyana and Trinidad, Ms. Morinigo recalls witnessing fierce conversations as her parents and neighbors discussed their fears. “They were saying, people are going to have their eyes on all immigrants, because one group made a bad impression – but I didn’t really understand why.”Today, Morinigo says these memories come flooding back as she thinks about “stop and frisk,” the city’s controversial police tactic. “It feels like you always have eyes on you. I mean, it’s a solution, but it’s one that makes people unsure,” she says. “It can’t be overlooked just how sometimes when you’re taking measures for safety, sometimes it keeps other people on the blame, you know?”One night a few days after the attacks, someone had lined up a series of 10 tall prayer candles on the steps of the Singhs’ front door in the Bronx – an act that made the family feel conspicuous and a bit afraid. “I guess the neighborhood was praying for us,” she says. “And I didn’t quite understand why they were praying for us: It felt as if they thought we are bad people.“That was a defining moment for me in my neighborhood – and for me in the way I relate to the world,” continues Ms. Singh, who was a fifth-grader at Blessed Sacrament School in the Bronx at the time of the attacks. “I just feel like no one gets it: No one gets that I’m not Middle Eastern, no one takes a moment to listen to what I have to say about these things. It really has shaped the way I interact with the world and the way that the world sees me, and I’m constantly defensive about myself. I feel I don’t have a choice.”Yet Singh and others also recall the sense of solidarity and unity that coalesced in the aftermath of the attacks. “I know that it brought New York together, which I felt too and which is beautiful thing,” Morinigo says. “It took something so tragic to see how united New York was.View gallery.”

(Photo © LucasAeon) Photographer LucasAeon took this photo on Sept. 11, 2011, the 10-year anniv …“And this happens with a lot of tragedy – which is really interesting, since you only really see this when something grim happens,” she continues. “Like what happened recently with Sandy, you saw how people were coming together, helping one another out. But it took something so tragic for people to really see that.”But every now and then, something as simple as a single-engine plane can spark a shiver of fear. “I don’t think it ever fades away,” Sarway says. “I think every time you pass the skyline and look up and you see that there’s a blank area where there used to be two buildings – it’s very eerie.“But I’m proud that it came back so quickly, even though it’s also scary thinking that it could all come down in a moment,” she says. „It’s definitely an absence, but it’s kind of like we came back stronger – bigger and better.”RECOMMENDED: Quiz: How much do you know about terrorism?Related stories Read this story at csmonitor.comBecome a part of the Monitor community