By Kay Johnson, The Associated Press | The Canadian Press – 13 hours ago

By By Denise Chow, Staff Writer | LiveScience.com – 2 hours 6 minutes ago 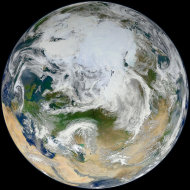 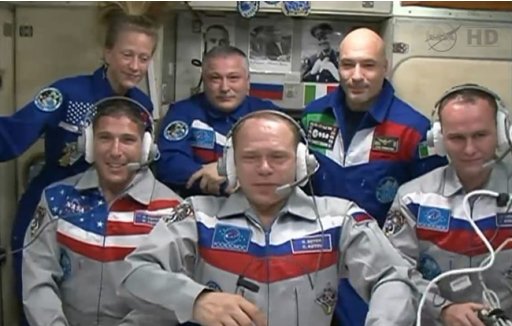 MOSCOW – A Soyuz capsule carrying three astronauts successfully docked with the International Space Station early Thursday, bringing the size of the crew at the orbiting outpost to six. The new crew’s six-month mission will include a spacewalk with the Olympic torch.American Michael Hopkins and Russians Oleg Kotov and Sergei Ryazansky travelled six hours in the capsule from the Russian-leased launch pad in Kazakhstan before linking up with the space station’s Russian Poisk research module at 6.45 a.m. Moscow time (0245GMT).Kotov is the most experienced member of the crew with two previous six-month missions in space under his belt, while Hopkins and Ryazansky are both on their first missions.The incoming crew entered the station nearly two hours after the docking, where they were welcomed by Russia’s Fyodor Yurchikhin, NASA’s Karen Nyberg and Italy’s Luca Parmitano, who have been on the orbiting lab since May and will be returning to Earth in November.Kotov and Ryazansky will have the honour of taking the Olympic torch into open space in November as part of the relay of the Olympic flame ahead of the Winter Games being held in Russia’s Sochi in February. The torch will not be lit however, because of safety concerns. It will only arrive at the station in November with the next mission.Shortly after entering the station, Hopkins, Kotov and Ryazansky had a chat via a video-link with their families back at the Baikonur launch pad where they had seen them off more than eight hours before.Radiant but visibly tired, the astronauts were yawning as they were talking to their families. They had been up for about 20 hours.Hopkins’ mother described the launch as a „heart-stopping experience.””It was a pretty good ride, mom. It was a lot of fun,” Hopkins replied in the live broadcast on NASA TV.