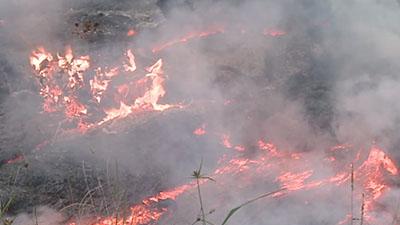 Around The Globe Raw: Hawaii Lava May Force Evacuation Dozens of residents in a rural area of Hawaii were placed on alert as flowing lava from an erupting volcano continued to advance.Related Stories

Authorities on Sunday said lava flow on the Big Island of Hawaii had advanced about 250 yards since Saturday morning and was moving at the rate of about 10 to 15 yards an hour, consistent with its advancement in recent days.The flow front passed through a predominantly Buddhist cemetery, covering grave sites in the mostly rural region of Puna, and was roughly a half-mile from Pahoa Village Road, the main street of Pahoa.Darryl Oliveira, director of civil defense for Hawaii County, told reporters during a late Sunday morning teleconference that the nearest home was at least 300 yards from the flow front. He planned to get better coordinates during a flight later in the day.Residents in the nearest home said they could see the flow front from their balcony and were prepared to evacuate when the time came, Oliveira said.Residents in the flow path have been told to complete all necessary preparations by Tuesday for a possible evacuation. The timeline could change, based on the flow rate. 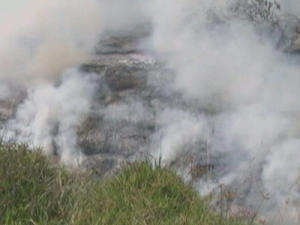 Oliveira estimated there were at least 50 to 60 structures, including homes and businesses, in the area most likely to be impacted.Authorities went door-to-door, notifying residents Saturday of the need to be ready to evacuate. The vast majority of residents contacted had identified places where they could go, with „less than a handful” saying they may need to go to a shelter, he said.As the lava moved through the cemetery, Oliveira said a monument was visible, protruding through the molten mass.Kilauea volcano has been erupting continuously since 1983. Most lava from this eruption has flowed south. But the lava has flowed to the northeast over the past two years.The current flow that has been threatening Pahoa began in June. It’s been moving toward town in fits and starts for weeks, speeding up and then slowing down. 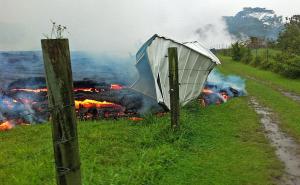 This Oct. 25, 2014 photo provided by the U.S. Geological Survey shows a small shed being consumed by …Janet Babb, a geologist and spokeswoman for the Hawaiian Volcano Observatory, said methane explosions also have been going off. She said decomposing vegetation produces methane gas that can travel subsurface beyond the lava front in different directions, accumulating in pockets that can ignite. She said it was a bit unnerving to hear all the blasts on Saturday.One passed near where she and others were standing.”At the time that it happened, it was such a rumble I thought it was thunder and that we were about to be struck by lightning,” she said._Associated Press writer Audrey McAvoy contributed to this report from Honolulu. 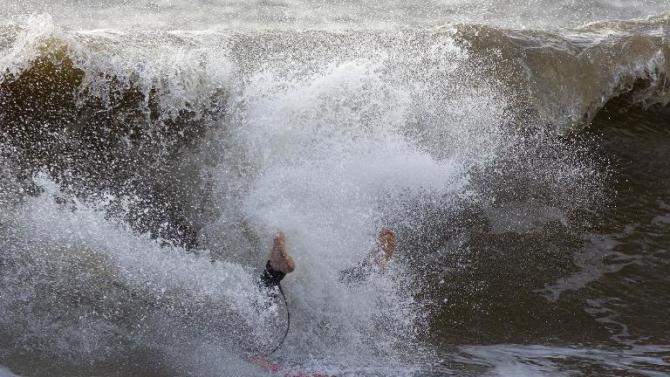