Politics Donald Trump ‘might refuse to leave the White House when his term ends’, expert warns 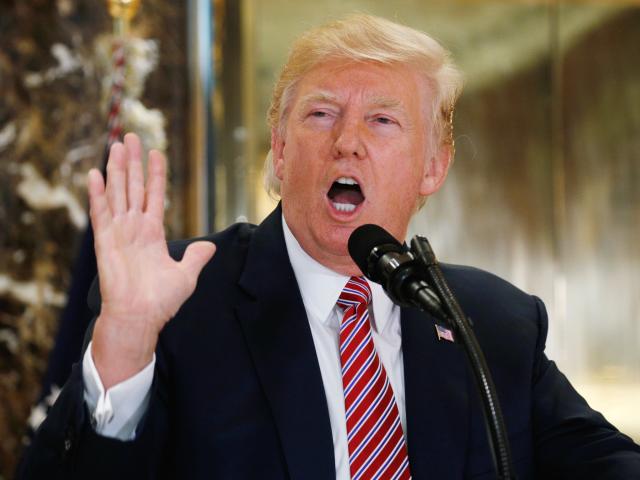 Donald Trump might refuse to leave power when his time at the White House comes to an end, an expert on Latin American leaders has warned.Tim Rogers, a journalist, said the US leader had no respect for the „sanctity of the presidency”.The expert on Nicaragua’s Sandinista Front for National Liberation (FSLN) and the country’s former President Daniel Ortega, Mr Rogers said it was common for Latin American leaders to stay in power for long periods.He added that he sees similarities between Mr Trump and the likes of Mr Ortega.Describing Mr Trump as a “tribal leader”, he said he was “dividing” the US as opposed to uniting it.“This is a dangerous moment for the country,” he wrote on the Fusion website. „Trump has shown no interest in preserving the sanctity of the presidency or the traditions of U.S. democracy. He might not even be familiar with them.“Trump is only interested in Trump. He’s willing to sacrifice everything for the sake of self-preservation. This is how dictatorships are born.”He added: “Shortly after Daniel Ortega was elected president of Nicaragua in 2006, renowned author and intellectual Sergio Ramírez told me, ‘anyone who thinks Ortega is going to leave office at the end of his term is being naive.’ I was naive. I didn’t see it coming, even after I was warned what to look out for.“I might be naive again by thinking that Trump will try something similar by refusing to go away when his time is up. But Nicaragua taught me it’s best to err on the side of caution when dealing with authoritarians.”

Donald Trump during a 2005 visit to Colorado to speak at a business convention. At his right is Felix Sater, a Russian-born real estate developer. (Cyrus McCrimmon/The Denver Post)By Carol D. Leonnig, Tom Hamburger and Rosalind S. HeldermanAugust 27 at 8:48 PM While Donald Trump was running for president in late 2015 and early 2016, his company was pursuing a plan to develop a massive Trump Tower in Moscow, according to several people familiar with the proposal and new records reviewed by Trump Organization lawyers.As part of the discussions, a Russian-born real estate developer urged Trump to come to Moscow to tout the proposal and suggested that he could get President Vladimir Putin to say “great things” about Trump, according to several people who have been briefed on his correspondence.The developer, Felix Sater, predicted in a November 2015 email that he and Trump Organization leaders would soon be celebrating — both one of the biggest residential projects in real estate history and Donald Trump’s election as president, according to two of the people with knowledge of the exchange.Sater wrote to Trump Organization Executive Vice President Michael Cohen “something to the effect of, ‘Can you believe two guys from Brooklyn are going to elect a president?’ ” said one person briefed on the email exchange. Sater emigrated from what was then the Soviet Union when he was 6 and grew up in Brooklyn.Trump never went to Moscow as Sater proposed. And although investors and Trump’s company signed a letter of intent, they lacked the land and permits to proceed and the project was abandoned at the end of January 2016, just before the presidential primaries began, several people familiar with the proposal said.Nevertheless, the details of the deal, which have not previously been disclosed, provide evidence that Trump’s business was actively pursuing significant commercial interests in Russia at the same time he was campaigning to be president — and in a position to determine U.S.-Russia relations. The new details from the emails, which are scheduled to be turned over to congressional investigators soon, also point to the likelihood of additional contacts between Russia-connected individuals and Trump associates during his presidential bid.White House officials declined to comment for this report. Cohen, a longtime Trump aide who remains Trump’s personal attorney, and his lawyer have also declined to comment.In recent months, contacts between high-ranking and lower- level Trump aides and Russians have emerged. Attorney General Jeff Sessions, then a U.S. senator and campaign adviser, twice met Russian Ambassador Sergey Kislyak.Donald Trump Jr. organized a June 2016 meeting with campaign aide Jared Kushner, campaign manager Paul Manafort and a Russian lawyer after the president’s eldest son was promised that the lawyer would bring damaging information about Hillary Clinton as part of a Russian government effort to help the campaign.Internal emails also show campaign adviser George Papadopoulos repeatedly sought to organize meetings with campaign officials, including Trump, and Putin or other Russians. His efforts were rebuffed.The negotiations for the Moscow project ended before Trump’s business ties to Russia had become a major issue in the campaign. Trump denied having any business connections to Russia in July 2016, tweeting, “for the record, I have ZERO investments in Russia” and then insisting at a news conference the following day, “I have nothing to do with Russia.”Discussions about the Moscow project began in earnest in September 2015, according to people briefed on the deal. An unidentified investor planned to build the project and, under a licensing agreement, put Trump’s name on it. Cohen acted as a lead negotiator for the Trump Organization. It is unclear how involved or aware Trump was of the negotiations.As the talks progressed, Trump voiced numerous supportive comments about Putin, setting himself apart from his Republican rivals for the nomination.By the end of 2015, Putin began offering praise in return.“He says that he wants to move to another, closer level of relations. Can we really not welcome that? Of course, we welcome that,” Putin told reporters during his annual end-of-the year news conference. He called Trump a “colorful and talented” person. Trump said afterward that the compliment was an “honor.”Though Putin’s comments came shortly after Sater suggested that the Russian president would speak favorably about Trump, there is no indication that the two are connected.
There is no public record that Trump has ever spoken about the effort to build a Trump Tower in 2015 and 2016.Trump’s interests in building in Moscow, however, are long-standing. He had attempted to build a Trump property for three decades, starting with a failed effort in 1987 to partner with the Soviet government on a hotel project.“Russia is one of the hottest places in the world for investment,” he said in a 2007 court deposition.“We will be in Moscow at some point,” he promised in the deposition.Sater was involved in at least one of those previous efforts. In 2005, the Trump Organization gave his development company, the Bayrock Group, an exclusive one-year deal to attempt to build a Moscow Trump Tower. Sater located a site for the project — an abandoned pencil factory — and worked closely with Trump on the deal, which did not come to fruition.In an unrelated court case in 2008, Sater said in a deposition that he would personally provide Trump “verbal updates” on the deal.“When I’d come back, pop my head into Mr. Trump’s office and tell him, you know, ‘Moving forward on the Moscow deal.’ And he would say, ‘All right,’ ” Sater said.In the same testimony, Sater described traveling with Trump’s children, including joining Ivanka and Donald Trump Jr. on a trip to Moscow at their father’s request.“They were on their way by themselves, and he was all concerned,” Sater said. “He asked if I wouldn’t mind joining them and looking after them while they were in Moscow.”

The story must be told.Your subscription supports journalism that matters.Try 1 month for 99¢Alan Garten, a lawyer for the Trump Organization, told The Washington Post last year that Sater happened to be in Moscow at the same time as Trump’s two adult children. “There was no accompanying them to Moscow,” he said.Neither Sater nor his attorney responded to requests for comment.Trump has repeatedly tried to distance himself from Sater, who served time in jail after assaulting a man with the stem of a broken margarita glass during a 1991 bar fight and then pleaded guilty in 1998 to his role in an organized- crime-linked stock fraud. Sater’s sentencing was delayed for years while he cooperated with the federal government on a series of criminal and national security-related investigations, federal officials have said.During that time, Sater worked as an executive with Bayrock, whose offices were in Trump Tower, and brokered deals to license Trump’s name for developments in multiple U.S. and foreign cities. In 2010, Trump allowed Sater to briefly work out of Trump Organization office space and use a business card that identified him as a “senior adviser to Donald Trump.”Still, when asked about Sater in 2013 court deposition, Trump said: “If he were sitting in the room right now, I really wouldn’t know what he looked like.” He added that he had spoken with Sater “not many” times.