Map locating a deadly quake in Sichuan province on Monday (AFP Photo/) The toll from a strong 6.0-magnitude earthquake in southwest China rose to 11 dead and 122 injured on Tuesday, as rescuers pulled survivors from wrecked buildingThe earthquake struck outside the city of Yibin in Sichuan province late Monday at a depth of 16 kilometres (10 miles), according to the China Earthquake Networks Center.A hotel close to the epicentre collapsed, but it was not immediately clear if there were any casualties from that incident, the official Xinhua news agency said. Cracks appeared in several area highways.State broadcaster CCTV showed footage of rescuers bringing a survivor out of the rubble of a building on a stretcher overnight. Other images showed a woman being helped out of another collapsed structure.Images from Changning County showed an electricity pole knocked down on the roof of a building, a hole in a brick home and broken windows on the street.Eight died in Changning County and three others in Qixian County, the Yibin city government said in its Twitter-like Weibo account. Rescuers pulled six bodies and seven survivors from buildings, it added.The area was hit by a series of at least four aftershocks, the largest of which had a magnitude of 5.1.More than 300 firefighters have been dispatched to the scene. Rescue personnel were also sent with 5,000 tents, 10,000 folding cots and other emergency supplies, Xinhua reported.The US Geological Survey put the magnitude of the main quake at 5.8, adding that „extensive damage is probable and the disaster is likely widespread”.Earthquakes regularly strike Sichuan, where a powerful 7.9-magnitude quake left 87,000 people dead or missing in 2008.In February, three earthquakes hit Rongxian county in the province, killing two people and injuring 12 others — casualties that residents blamed on fracking.Local authorities later halted shale gas mining after thousands of residents protested. 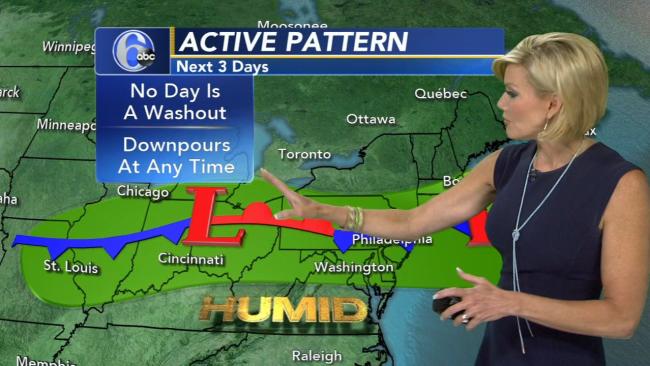 Scroll back up to restore default view.BEIJING (AP) — A strong earthquake that hit Sichuan province in southern China late Monday night killed 11 people and injured 122, the local government said.The Yibin city government posted the casualty toll on its social media accounts Tuesday morning. Xinhua news agency said rescue efforts were underway in the stricken area.The magnitude 6.0 earthquake collapsed a hotel in Changning county and damaged some roads, Xinhua said. Heavy rains were falling Tuesday morning.The Ministry of Emergency Management sent firefighting crews and other rescue personnel, Xinhua said. The ministry and the National Food and Strategic Reserves Administration have dispatched 5,000 tents, 10,000 folding beds and 20,000 quilts to the quake-hit areas.The epicenter was 16 kilometers below the surface, according to the China Earthquake Networks Center. Shallow earthquakes tend to cause more damage to buildings and infrastructure.China’s worst earthquake in recent years struck the mountainous western portion of Sichuan province in 2008, killing nearly 90,000 people. That earthquake was about 400 kilometers (250 miles) from Monday’s quake.A 1976 earthquake centered in the northeastern city of Tangshan killed at least 250,000 people.

Wet, stormy forecast ahead from Plains to Northeast originally appeared on abcnews.go.com

Over the weekend, at least 20 tornadoes were reported in eight states — North Dakota, Minnesota, Missouri, Indiana, Texas, Oklahoma, Iowa and Illinois — as much of the U.S. braces for a wet, stormy week ahead.

A region stretching from the Plains to the Northeast could see local rainfalls of 4 total inches this week, which comes on the heels of five tornadoes in Indiana and half a foot of rain in southern Texas, which experienced flash flooding.

Heavy rain is expected from this storm system, with flood alerts Monday morning stretching from Illinois to New Jersey.

Severe storms are likely Monday from the Plains into the mid-Atlantic, including damaging wind, hail and heavy rain for cities including Washington and Philadelphia.

Some areas in the eastern half of the U.S. this week could see half a foot of rain, leading to more flooding.

Buenos Aires (AFP) – Electricity services have been restored to all of Argentina and Uruguay following a massive blackout that left around 48 million people without power on Sunday, authorities said.

The cut, which began just after 7:00 am, also caused short, localized losses of power in Paraguay, but didn’t impact Tierra del Fuego in Argentina’s extreme south because the region is not part of the national system.

The episode was the first time a power cut had affected the majority of Argentina, with a population of more than 44 million, and the entirety of Uruguay, which has 3.4 million inhabitants.

„These are failures that occur (even) with diligence. The amazing thing is the chain of events that took place to cause the total disconnection,” Argentina’s Energy Ministry Gustavo Lopetegui told a press conference.

He said the outage took place „automatically to protect the system.”

„We don’t have any more information right now on how it occurred. We’re not ruling out any possibility, but a cyber attack is not among the main alternatives being considered.”

Argentina’s energy secretariat had earlier said the „interconnection system” had „collapsed,” producing „a massive power cut” for which its generators had been unable to compensate, but that the causes had not been determined.

Sources from the official energy agency of Paraguay, which borders Argentina to the northeast, told AFP that cuts there had been „momentary.”

A spokesperson for RGE, the biggest energy distributor in Brazil’s southern Rio Grande do Sul state that borders both Argentina and Uruguay, said they’d had no reports of cuts.

Earlier in the day, power had returned to some sectors of Buenos Aires but the metro and trains were still halted.

Public hospitals and private clinics were running on generators.

„The only inconvenience is the elevators. We only have one working, but all services are operating without problems,” said an employee at the Fernandez Hospital.

It is Father’s Day in Argentina and some restaurants were expecting many customers.

„This killed us,” Luciano Ferreira, the owner of a popular restaurant in the Boedo neighborhood of Buenos Aires, told AFP.

The restaurant had been fully booked and Ferreira had been expecting to make two or three times as much money as on a normal day.

Some people shared messages on WhatsApp with advice on how to prepare for a lengthy outage, such as collecting water.

In the interior plains region of Junin, residents stocked up on drinking water sold in supermarkets.

„Fortunately, we had two buckets on the patio that were filled with rain water. We’ve gone back to the Stone Age,” Eduardo Gralatto told AFP.

„We decided to open because we need to work, but early on we lost seven or eight tables of customers because we couldn’t prepare coffee or bake bread,” Carlos Arce, the owner of a bakery, told AFP.

Argentines also went to the polls in several provinces on Sunday to elect governors, with some local media reporting voters cast ballots by candlelight.

More than an hour after the blackout, UTE said its system was being brought back „from zero.”