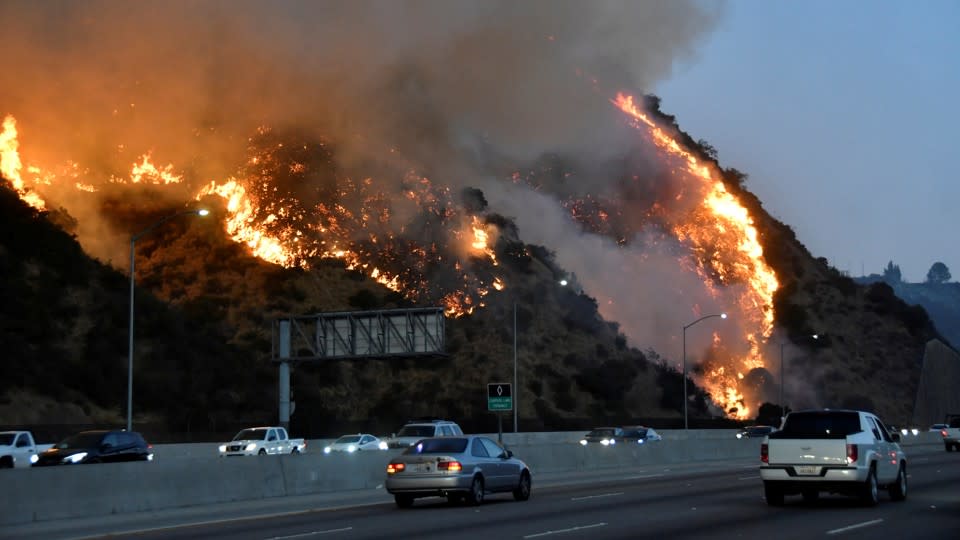 California Is Becoming Unlivable Right now, wildfires are scorching tens of thousands of acres in California, choking the air with smoke, spurring widespread prophylactic blackouts, and forcing the evacuation of hundreds of thousands of people. Right now, roughly 130,000 Californians are homeless, and millions more are shelling out far more in rent than they can afford, commuting into expensive cities from faraway suburbs and towns, or doubling up in houses and apartments.Wildfires and lack of affordable housing—these are two of the most visible and urgent crises facing California, raising the question of whether the country’s dreamiest, most optimistic state is fast becoming unlivable. Climate change is turning it into a tinderbox; the soaring cost of living is forcing even wealthy families into financial precarity. And, in some ways, the two crises are one: The housing crunch in urban centers has pushed construction to cheaper, more peripheral areas, where wildfire risk is greater.California’s housing crisis and its fire crisis often collide in what’s known as the wildlife-urban interface, or WUI, where trailer parks and exurban culs-de-sac and cabins have sprung up amid the state’s scrublands and pine forests and grassy ridges. Roughly half of the housing units built in California between 1990 and 2010 are in the WUI, which has expanded by roughly 1,000 square miles. As a result, 2 million homes, or one in seven in the state, are at high or extreme risk for wildfire, according to one estimate from the Center for Insurance Policy and Research. That’s three times as many as in any other state.The bulk of wildfire destruction in California happens in the WUI. The Kincade Fire has burned more than 75,000 acres—roughly five times the size of Manhattan—in rural areas and the WUI north of Santa Rosa. Last year’s Camp Fire killed 85 people and eliminated more than 10,000 homes in Paradise, a town situated in the WUI. The year before that, the Tubbs Fire killed 22 people and destroyed more than 5,000 structures, some in Santa Rosa proper and some in the WUI around it.Although much of the WUI is naturally vulnerable to fire, human behavior is primarily to blame for the destruction. People start more than nine in 10 fires, according to reliable estimates. Dry trees and dry brush in the WUI might act as natural kindling, but built structures—houses, cars, hospitals, utility poles, barns—act as the most potent fuel, researchers have found. A house burns a lot hotter than a bush does; a propane tank is far more combustible than a patch of grass.If building in the WUI is so dangerous, why do it? In part because building new housing is so very difficult in many urban regions in California, due to opposition from existing homeowners and strict building codes. The number of people living on the streets in San Francisco and Los Angeles is related to the extreme cost of rent in those cities is related to the statewide housing shortage is related to the pressure to sprawl into the periphery.So housing sprawls into the periphery. And each time major fires happen—in the WUI, as well as in unpopulated regions and urban areas—the state’s housing crisis gets a little worse. Rental prices surge. Families struggle with displacement and homelessness. Vacancy rates fall to near zero. The cost of homebuilding goes up. And resources for families without stable housing get stretched even thinner.Read: The worst is yet to come for California’s wildfires One solution to the state’s twin problems is to build more dense housing in urban areas: An aggressive infill-building push would lower rental prices and shift the state’s population to less fire-prone areas, as well as help reduce carbon emissions. California Governor Gavin Newsom has signed a number of measures to boost construction and hold down housing costs, and legislators are pushing many more ambitious policies. But the state is far, far away from satisfying the demand for housing, and the climate is only getting hotter.In the meantime, California isn’t doing enough to discourage building in fire-prone areas. “I cannot recall any development project that was denied, or where the density was substantially reduced, because of known wildfire hazards,” one now-retired planning director for Sonoma County noted. Even if the state reins in future development, millions of Californians already live in the WUI, at risk of having their homes destroyed and their lives endangered by fire—and at risk of being unable to insure their homes, or of seeing their housing values fall and their economic security imperiled.California’s housing crisis has exacerbated its wildfire crisis, and its wildfire crisis has exacerbated its housing crisis. That vicious cycle is nowhere near ending.We want to hear what you think about this article. Submit a letter to the editor or write to letters@theatlantic.com.Related Video     ANNIE LOWREY is a staff writer at The Atlantic, where she covers economic policy.

Minus 45 degrees in October? An Arctic blast is breaking records across western and central US byDoyle Rice, USA TODAY,USA TODAY•October 30, 2019 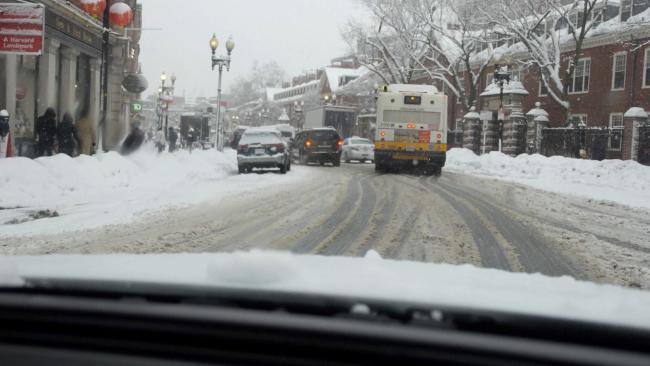 Scroll back up to restore default view.The calendar may say October but the weather is more typical of January in portions of the western and central U.S.”A wave of Arctic air has infiltrated the northern tier of the United States this week, shattering record lows, and threatening as many as 70 (other record lows) through Halloween,” AccuWeather said.Subzero cold was recorded as far south as the Grand Canyon on Wednesday morning, the Weather Channel said. Big Piney, Wyoming, plunged to minus 24 degrees before sunrise Wednesday.Notorious cold spot Peter Sinks, Utah, dipped to an incredible minus 45 degrees early Wednesday. This appeared to be the coldest October temperature on record anywhere in the Lower 48 states, according to Utah-based meteorologist Timothy Wright.High temperatures Wednesday were forecast to be 30 to 50 degrees below normal across Colorado, Texas and the central Plains, according to meteorologist Ryan Maue of BAM Weather.

Key point: And thousands would die.

“Tell Joe, wherever he is, to give ’em hell for us,” said the radio signal. “My love to you all. God bless you and keep you. Sign my name, and tell mother how you heard from me. Stand by.”

And then there was silence.

On the morning of May 6, 1942, U.S. Army Sgt. Irving Strobing sent the last message—to America, his family and his brother Joe—from the fortress of Corregidor, an island at the mouth of Manila Bay. A few hours later, under the cameras of Japanese photographers and the contemptuous glare of Japanese officers, Gen. Jonathan Wainwright surrendered the last of the U.S. garrison in the Philippines.

From Corregidor’s tunnels emerged eleven thousand starving, wounded and exhausted American and Filipino prisoners, including several American nurses. They swelled the ranks of the defenders of the Bataan peninsula, who had surrendered on April 9. By early May 1942, the Japanese had captured seventy-six thousand American and Filipino soldiers in the largest surrender in U.S. history.

The fall of Corregidor forces us to ask a tough question: what went wrong?

The answer is pretty much everything. The problems began with an impossible strategic situation. Manila is only two thousand miles from Japan, but five thousand miles from Pearl Harbor. By the 1930s, it was obvious that in the case of war, the Philippines would be isolated by the Japanese Navy, bereft of reinforcements and resupply. War Plan Orange called for the U.S. Navy to conduct a naval cavalry charge across the Pacific to relieve the garrison. At best, this would be chancy; at worst, Japanese aircraft and subs would whittle down the U.S. fleet; and in reality, the Pearl Harbor disaster left no fleet to come to the rescue.