Southeast chill fails to reach Florida for first full week of November   Courtney Spamer,AccuWeather•November 2, 2019 Following the record-warm month of October across much of Florida, the shots of cooler air pushing into most of the southeastern United States this week will fail to reach the state.Much of Florida, from the panhandle to the southern top of the Florida Peninsula has spent much of October wondering if it was still somehow July.”High temperatures in major cities, such as Tampa, Orlando and Miami, hovered around 90 on most days in October, making it feel more like midsummer,” said AccuWeather Meteorologist Jake Sodja.High humidity combined with the high temperatures and searing sunshine to create even higher AccuWeather RealFeel® Temperatures.Normal temperatures across the Florida Peninsula by the end of October are generally in the lower to middle 80s, far below a typical October day this year.

„With summery high temperatures for so many days last month, new monthly records were set for several cities in Florida,” said AccuWeather Meteorologist Clay Chaney.Orlando experienced their warmest October ever, with the average temperature for the month topping out at 81.1 F, 1.5 degrees Fahrenheit higher than the previous record from 1985.Tallahassee, Florida, ran 6 degrees above normal for the month, with an average temperature of 75.4 F, surpassing the previous record from 1949.Usually October is the month where the summerlike heat and humidity backs off in much of the Southeast, including Florida, being replaced by shots of cooler air and drier conditions.One noticeable push of cold air came for the first few days of November, dropping temperatures in the Southeast to late-November levels.Much of the high temperatures were able to drop off across parts of Florida as well, finally putting an end to the heat. Even still, temperatures for the first week of November are likely to stay around or slightly above normal.

„Instead of highs pushing 90 degrees in places like Jacksonville and Tampa, highs will be in the upper 70s to the middle 80s,” said Chaney.

Below-normal temperatures might finally settle into parts of Florida by the middle of November.

A strong storm system that looks to bring snow to the Midwest and brutal cold to the northern tier of the country next week, will be just strong enough to bring cooler air into the Sunshine State.

The front associated with the storm is anticipated to move through northern Florida on Friday, bringing with it showers and thunderstorms.These storms will move into the Florida Peninsula for the start of the weekend.Behind the wet weather will be a reinforcing shot of cool, dry air for much of Florida. Temperatures are likely to be at, or even slightly below normal for at least a brief time, especially communities away from the coast.The pattern going through the remainder of November, should allow for more opportunities for cool air to reach Florida, but widespread or longer-duration cold is not expected. 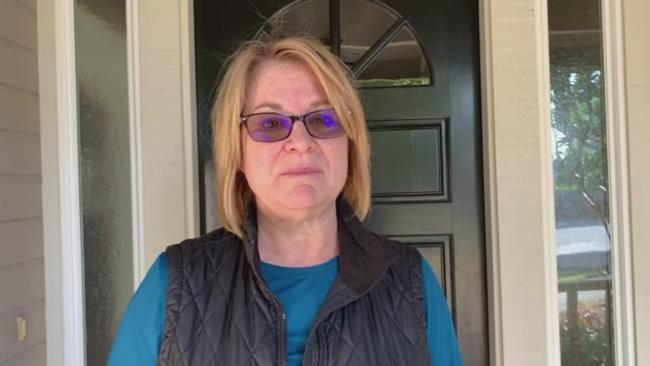 Scroll back up to restore default view.Finally, some good weather news for California.The pattern responsible for the recent strong wind events in California is forecast to end soon, according to AccuWeather meteorologist Alex Sosnowski.This includes both the infamous Santa Ana winds in southern California and the Diablo winds in northern California, both of which have exacerbated wildfires across the state.Friday could be the last very windy day for a while in southern California: „Santa Ana winds will continue to diminish gradually on Friday, with wind gusts generally ranging between 25 and 35 mph across the mountains of Los Angeles,” the National Weather Service said Friday.In general, these strong wind events are courtesy of large high-pressure areas that park themselves over the interior West. Warm, dry winds blow from the high-pressure areas down toward the Pacific Ocean.Utilities have turned off power to minimize fires:It hasn’t worked. What will?

This undated handout image, courtesy of NASA and taken by astronaut Andrew Morgan aboard the International Space Station, shows smoke from the Kincade Fire (right) in Sonoma County, northern California. San Francisco is at the left.It is these high winds – along with the dry air, dry brush and urban sprawl – that contribute to California wildfires.”While the dry pattern will continue during the first seven to 10 days of November, the storm track and subsequent track of high-pressure areas will shift farther inland,” said AccuWeather senior meteorologist Brett Anderson.Little in the way of welcome rain will fall across California for at least the next week to 10 days. But beyond that, signs point to a wetter pattern setting in: The first soaking rainstorm could arrive in northern California between Nov. 10 and 12, AccuWeather said.It will be a much longer wait in southern California, however. „Southern California may have to wait for many weeks before rain arrives,” Anderson said. Significant rainfall may not fall there until late November or even December.The latest: Maria Fire north of Los Angeles becomes fast-moving blaze, prompting evacuationsIs this the new normal?: With raging fires, high winds and blackouts, California is living a disaster movie