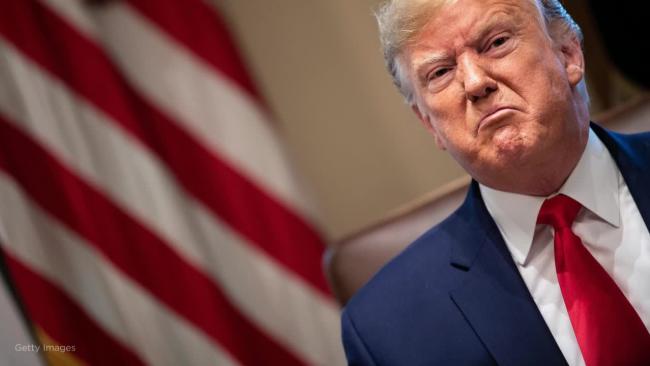 Scroll back up to restore default view.(Bloomberg) — President Donald Trump suffered another setback in his effort to guard his financial information as a federal appeals court refused to block the Manhattan district attorney’s subpoena to his accountants for tax records.The 3-0 ruling by the federal appeals court in Manhattan moves the case closer to a possible showdown in the U.S. Supreme Court. If Trump loses there, he may run out of legal ways to halt District Attorney Cyrus Vance Jr. from obtaining the records.The court soundly rejected Trump’s claim that his broad presidential immunity prevents state prosecutors from investigating his affairs or obtaining records from his accountant. A lawyer for Trump argued before the panel last month that Trump could shoot someone on Fifth Avenue, echoing his famous 2016 boast, and that criminal charges or even a subpoena for his records would be legally out of bounds.“The decision of the Second Circuit will be taken to the Supreme Court,” Trump’s lawyer, Jay Sekulow, said in a statement. “The issue raised in this case goes to the heart of our republic. The constitutional issues are significant.”QuickTake: How Trump’s (Private) Tax Returns Could Become PublicThough the ruling was narrow — the court made clear it wasn’t weighing in on whether Trump could be prosecuted or himself required to turn over records — it is still a significant blow to the president. Since declaring his candidacy more than four years ago, he has resisted all demands that he disclose his financial data. Trump has also sued to block congressional subpoenas.“Presidential immunity does not bar the enforcement of a state grand jury subpoena directing a third party to produce non‐privileged material, even when the subject matter under investigation pertains to the president,” Chief Circuit Judge Robert Katzmann said in a 34-page opinion.Read More: Trump Isn’t Immune From Demand for Tax Records, Judge RulesThe appeals court moved with unusual haste, issuing its decision just 12 days after arguments. A lower-court judge in New York ruled last month that Trump can’t stop his accountants, Mazars USA LLP, from providing eight years of taxes and other financial documents to Vance, whose office is investigating whether the Trump Organization falsified business records to disguise hush payments to two women who claimed they had sex with him.The court on Monday agreed with U.S. District Judge Victor Marrero that Trump isn’t entitled to an injunction blocking Mazars from complying with the subpoena. Marrero said Trump was seeking “virtually limitless” immunity from criminal investigation. The appeals panel praised Marrero’s “well‐articulated opinion.” 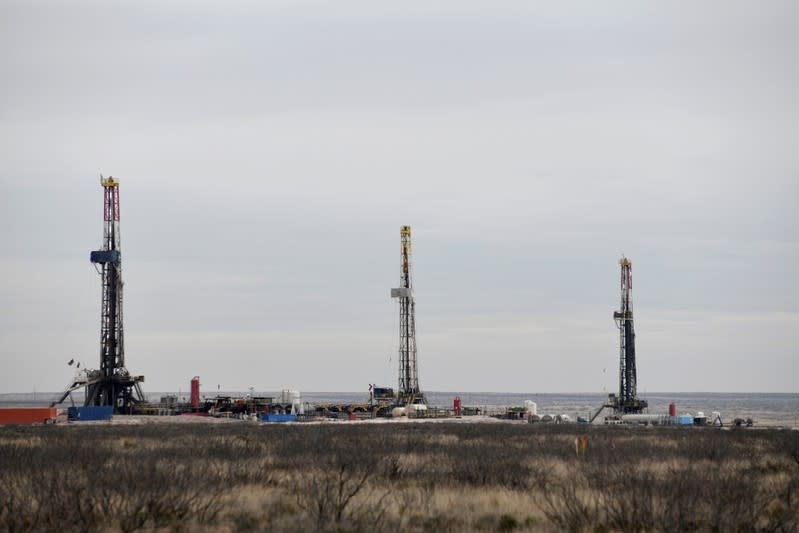 Oil rises on U.S.-China hopes and improved outlook FILE PHOTO: Drilling rigs operate in the Permian Basin oil and natural gas production area in Lea County By Collin Eaton HOUSTON (Reuters) – Oil prices rose on Monday, buoyed by an improved outlook for crude demand as better-than-expected U.S. jobs growth added to market hopes a preliminary U.S.-China trade deal would be reached this month.Brent crude futures for January <LCOc1> settled at $62.13 a barrel, up 44 cents, or 0.7%. December U.S. crude futures <CLc1> rose 34 cents, or 0.6%, to end at $56.54 a barrel.Market optimism about progress in U.S.-China trade negotiations propelled U.S. stock indexes to record highs on Monday, elevating oil. Energy shares <.SPNY> gained the most of the 11 major S&P 500 sectors.Chinese President Xi Jinping and U.S. President Donald Trump have been in continuous touch through „various means,” China said on Monday, when asked when and where the two leaders might meet to sign a trade deal.”Both sides (China and the United States) are talking up the trade deal to a large degree. And you have the Federal Reserve leaning into this better-looking economic situation, which lifts all boats,” said John Kilduff, a partner at Again Capital LLC.On Friday, prices jumped by about $2 a barrel after U.S. officials said a deal could be signed this month.Improved U.S. jobs growth numbers in October and the upward revisions of the two previous months, reported on Friday, also eased fears of a global economic slowdown that would slow crude demand, oil-market analysts said.Nonfarm payrolls increased by 128,000 jobs last month, U.S. Labor Department data showed. Economists polled by Reuters had forecast payrolls rising by 89,000 jobs in October. The economy also created 95,000 more jobs in August and September than previously estimated.Federal Reserve’s interest rate cut last week and recent weakness in the U.S. dollar <.DXY> has also helped lift prices, analysts said. Demand for crude oil, which is traded in U.S. dollars, typically strengthens when the dollar weakens.”Easing monetary policy, along with improved chances of a U.S.-China trade deal, is pushing up oil markets. (Expectations of) improved demand is lifting prices,” said Phillip Streible, senior market strategist at RJO Futures Hedge funds have started to rebuild long positions in crude and fuels.Capping gains, U.S. crude oil inventories were forecast to have risen by 2.7 million barrels last week, a preliminary Reuters poll showed ahead of weekly data on Wednesday.But last week’s shutdown of TC Energy Corp’s <TRP.TO> 590,000 barrel-per-day Keystone pipeline, a main artery for Canadian heavy crude imports into the United States, following a 9,000-barrel oil spill, could impact the data.The shutdown could have caused supplies at Cushing, Oklahoma, the delivery point for U.S. futures, to have risen only slightly or even decline, which would soften the impact should data show an overall crude build, said Robert Yawger, director of energy futures at Mizuho in New York.Crude inventories at Cushing rose to about 49 million barrels on Friday, up by about 300,000 barrels from the previous reading taken on Tuesday when the spill was detected, traders said, citing market intelligence firm Genscape.(Additional reporting by Shadia Nasralla in LONDON and Florence Tan in SINGAPORE; Editing by David Goodman and Marguerita Choy)