Politics Trump says coronavirus will ‘get worse before it gets better’ by Alexander Nazaryan National Correspondent,Yahoo News•July 22, 2020Trump addresses his change of tone in coronavirus respons 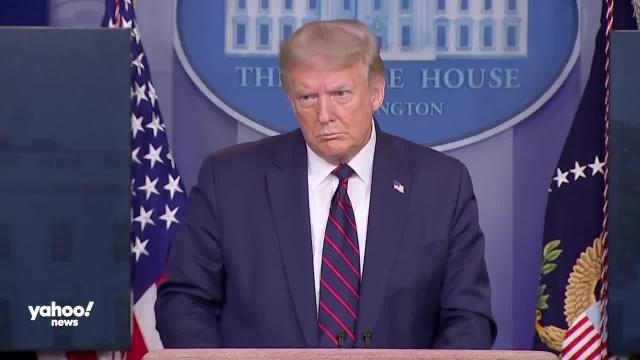 President Donald Trump holds a mask as he speaks during the renewed briefing of the Coronavirus Task Force. (Jim Watson/AFP via Getty Images)Fewer people are dying today than in March from COVID-19, the disease caused by the coronavirus. Still, the pandemic has remained persistent enough to frustrate Trump’s plans to reopen schools and restart the economy. His return to the briefing room podium, where he engaged in no attacks on the press or on his Democratic opponents, appears to reflect a growing consensus among top campaign advisers that unless he is able to display a measure of crisis leadership, the presidency will go to his likely Democratic rival, former vice president Joe Biden. The president could not suppress his natural optimism, praising the nation’s supply of protective equipment and promising that both treatments and vaccines would be forthcoming. But the assertions lacked their usual Trumpian bombast. Trump did maintain some old habits, notably calling the pathogen “the China virus,” in reference to the country where the coronavirus originated in December. That branding of the disease has been denounced as xenophobic, but Trump appears to see little risk in blaming his favorite geopolitical foe for the disease.The culture war over face masks that Trump had been fueling for months, on the other hand, is no longer engaging Trump, at least for now. “When you are not able to socially distance, wear a mask,” Trump said, in contrast to earlier assertions that wearing a mask should be a personal decision. “Get a mask, whether you like the mask or not. They have an impact, they’ll have an effect, and we need everything we can get.”

President Donald Trump speaks during a news conference at the White House, Tuesday, July 21, 2020, in Washington. (AP Photo/Evan Vucci)Asked about his own intermittent mask-wearing by a reporter, Trump pulled a face mask out of his pocket and displayed it to the socially distanced press corps seated before him. “I have no problem with the masks,” he said. “I’m getting used to the mask.” He said that wearing a mask was “patriotic,” reprising a new message he’d tested out on Twitter the day before. Trump previously eschewed masks in public and once shared a post mocking Biden for wearing one.At only about half an hour in length, the Tuesday briefing was much shorter than those of early spring. “We’ll be doing these quite often,” Trump promised. 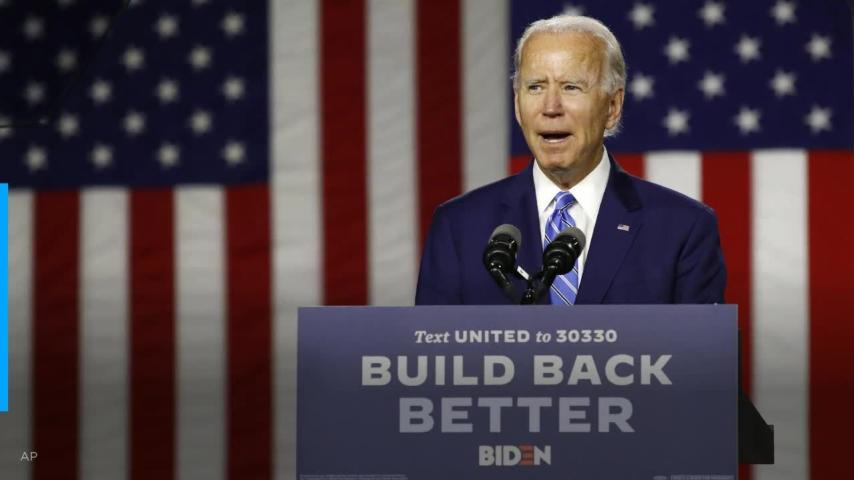 Scroll back up to restore default view.What’s happeningThe president’s reelection bid appears to be in serious trouble. He currently trails presumptive Democratic nominee Joe Biden by nearly 9 points, according to an average of the most recent national polls. Polls of key swing states tell a similar story. Biden is running ahead in Wisconsin, Michigan, Florida and Pennsylvania — all states Donald Trump narrowly won in 2016 as part of his Electoral College victory over Hillary Clinton. States that Trump carried by a solid margin four years ago like Ohio, Georgia and even Texas now seem within reach for Democrats. Biden led Trump by less than 5 points in national polls in February, but his advantage has expanded over the past few months as voters have broadly disapproved of Trump’s response to the coronavirus pandemic and Black Lives Matter protests. Some Republicans have expressed concern that Trump’s low polling numbers may hurt their chances of holding on to the Senate as well.